This is Part 2 of a 2-part report on a survey of 386 dispensing practices during 2011, which was commissioned by Phonak Hearing Systems and conducted by Customer Care Measurement and Consulting, LLC (CCMC). Part 1 of this article appears in the August 2012 edition of The Hearing Review, and reports on several benchmarks, including gross revenues, revenue sources, and patient demographics. Similar studies had been sponsored by Phonak in 2008, 2009, and 2010, with the latter being published in the June 2011 and July 2011 editions of HR.

Survey basics. This survey was designed to provide individual hearing practices with a benchmarking tool to compare their performance against industry standards. These statistics can be used as a basis for assessing and setting realistic, continuous, and fact-based improvement goals.

A Web-based survey methodology was utilized. Responses were collected in July and August 2011. There were 386 respondents to the 2011 survey. References to “2010 results” and “2009 results” reflect actual practice performance data for these years; references to “2011 study” and “2010 study” reflect practice characteristics/opinions in the years these studies were conducted (eg, “How many full-time and part-time office locations does the practice have?” asked in the 2011 study).

A section in the digital edition of this article at www.hearingreview.com, labeled Practice Characteristics and Performance Worksheet, provides a summary of norms for the total hearing industry. Included are several key productivity measures discussed in Part 1 and 2 of this article.

Hearing aid pricing and styles. Hearing care professionals reported that an average of 41% of instruments sold had fitting fees (hearing aid plus professional fees) of under $2,000 (Table 1). The median fee was estimated to be $2,140. This was higher than the reported median instrument revenue per unit dispensed ($1,752, see Figure 8 in Part 1), suggesting some over-statement of the usage of higher-value products.

The survey also found limited variation in the price points of the instruments used by practice type. Multiple full-time-location practices reported a somewhat higher percentage of fittings with fees above or equal to $2,000, with 53% to 66% of hearing aids and associated services being purchased by patients for more than $2,000, depending on the practice type. The median revenue per unit was $1,712 for solo-professionals, $1,751 for practices with 2 or more full-time professionals, and $1,909 for multiple full-time locations.

Hearing care practices reported that an average of 20% of instruments dispensed during 2010 were custom in-the-ear (ITE) units, 34% were behind-the-ear (BTE) types, and 45% were receiver-in-the-canal (RIC) units (Figure 2). Instrument style usage did not vary significantly among practice types. There was a significant increase in the usage of RIC units from 2009 to 2010—from 38% to 45%. Not surprisingly, there was a corresponding decrease in the usage of BTE units from 2009 to 2010, from 40% to 34%.

Practices in the top 20% of the instrument revenue per unit dispensed quintile sold a higher proportion of RIC units and a smaller proportion of custom ITE units (Table 2).

Cost of goods. Hearing instrument purchases (cost-of-goods or COG) accounted for 34% of practice gross revenue in the median practice, with the COG being 37% for single-practice solo-professionals, 33% for single practices with two or more full-time professionals, and 30% for multiple-practice offices with one or more professionals. The COG ratio is calculated by dividing the total amount spent for hearing instruments by the total practice gross revenue for a specified period. The actual amount spent for hearing aids increased by 27% from 2009 to 2010. However, the COG percentage actually decreased by 2% in 2010, because, although the amount spent on hearing instrument purchases rose, gross revenue also increased (see Figure 1 in Part 1 of this article).

Returns for credit and exchanges. A median of 10% of hearing instruments purchased were returned for credit or an exchange. In 2009, the results were the same.

A new question in the 2011 survey asked respondents to provide their total expenses for 2010. Expenses included “salary/draws (and) benefits” as well as “taxes and operating expenses.” The median total practice expenses were $346,744.

The median hearing practice spent 4.4% of gross revenue for marketing, or a median of $20,000 annually (Table 6), compared to a median of 4.8% of gross revenue spent for marketing in 2009 ($15,000 annually). Although marketing expenses increased in 2010, their percentage of gross practice revenue decreased when compared to 2009 due to an increase in overall 2010 gross practice revenue. The amount of marketing expenses subsidized by suppliers also increased, from a median of 0% of marketing spending in 2009 to 10% in 2010, and from a median of $0 to $660. For practices that actually received supplier subsidies for marketing (ie, excluding those practices that said they received 0% supplier support), the median was 20% of spending, with a median amount of $7,825.

More aggressive marketers (top 20% of practices on the basis of marketing spending ratio) spent 16.2% of gross revenue on marketing (Table 7). Multi-full-time-location practices spent the most on marketing during 2010 (Table 8). The percentage of gross revenue that a practice spends on marketing can be affected by a number of variables, including the level of physician referrals, practice setting, and the particular goals of the practice.

Practices spending the lowest ratio of gross revenue for marketing rated the effectiveness of their programs lower than other practices (Table 11). This was also true in 2009; however, in 2009 the effectiveness rating given by this group was 52%, versus 35% in 2010—a significant decrease.

Marketing tactics that received the highest effectiveness ratings included patient referral programs, physician referral programs, open houses, direct mail, newsletters, education seminars, and newspaper ads (Table 12). But, with the exception of patient and physician referral programs, fewer than one-quarter of the surveyed practices judged any of these tactics as “very effective.” Although use of social media campaigns/programs went up in 2010, hearing practices viewed them as being less effective in 2010 than in 2009. In 2010, only 41% found social media to be very/somewhat effective, compared to 55% in 2009.

Practice Web sites. About four-fifths (82%) of practices had a Web site, a 6 percentage-point increase from the 2010 survey (76%). A total of 73% of single full-time location/solo professional practices maintained Web sites, compared to 94% of the largest practices.

Patient surveys. About 2 in 5 (38%) practices regularly conducted patient satisfaction surveys. Most of those conducting such surveys shared the results with their staff. These findings were largely unchanged from 2010.

“Real ear measures,” “electroacoustics measures,” “speech in noise,” and “COSI” were used most often by the practices for the routine fitting and verification/validation of hearing instruments (Figure 6).

About 3-in-4 (74%) hearing practices attended a business or patient management education program in 2010. The most common topics covered in these programs were product fitting, technical patient counseling, marketing management, and service quality. Although overall participation in training programs went down from 79% in 2009 to 74% in 2010, there were increases in some of the types of participation (eg, technical patient counseling, service quality training, consultative selling, and office design). In other words, although fewer practices engaged in training, those that did were participating in more types of training.

Live education sessions (eg, lectures or seminars/meetings) were the preferred methods for hearing professionals to obtain continuing education (Figure 7). Nearly half of the hearing practices most preferred manufacturer sponsored training.

COMPARE YOUR BUSINESS metrics using the Practice Performance Comparison Worksheet at www.hearingreview.com and the HR digital edition at: tinyurl.com/86sb4ua

CORRESPONDENCE can be addressed to HR or Kim Rawn at:

The information supplied in Part 1 and Part 2 of this article, as well as in the accompanying online Practice Performance Comparison Worksheet, is designed to supply HR readers with vital business/practice benchmarks. This worksheet provides practice owners with an opportunity to print out and fill in your own business metrics, then compare them directly with the metrics of similar practice types and sizes.

During the past 4 years in which Phonak has measured business metrics and shared the results with dispensing professionals, we’ve learned more about how these metrics can be used by practice owners and managers. Some of this can be as simple as reassurance that the practice is on the correct course. Others use the metrics in a more granular way to come up with informed answers about specific questions concerning office expansion, staffing, and workplace efficiency issues. Practice benchmarking can also help you understand where the practice should move in the future and supply solid numbers to your goal-setting and objectives. 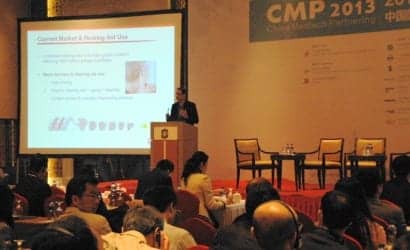 Eargo Raises Up to $45 Million in Series C Funding 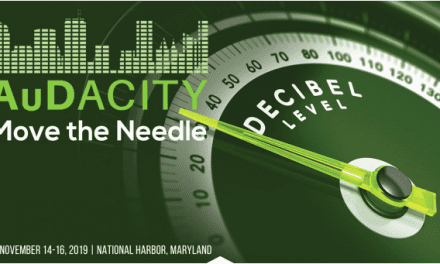