The study shows that even when lowering the cost of hearing aids by as much as 40% will not lead to more hearing aid purchases by patients with partial insurance coverage or who have to cover the entire cost out of pocket.

Only patients with full insurance coverage for hearing aids get them at a younger age and with significantly less hearing loss than patients with partial or no coverage. Aside from the Veterans Administration system, hearing aid care in the United States is generally not fully covered by insurance.

While the numbers are better for those with full coverage, if the adult had to pay more than the insurance coverage amount, those same adults were less likely to upgrade to more advanced devices or purchase hearing aids for both ears than others in the study.

"Many in health care assume that patients would more readily acquire hearing aids at a younger age or before their hearing loss becomes more severe if the devices were less expensive," says study lead author Virginia Ramachandran, AuD, an audiologist at Henry Ford Hospital. "But it’s clear from our study that patients are motivated by more than cost when deciding to purchase hearing aids."

While even mild hearing loss can have a negative impact on quality of life, it is still unclear exactly why more people are not motivated to use hearing aids.

In many cases, patients have negative attitudes toward hearing aids, even though the devices have greatly improved in terms of comfort and visibility in the ear. Likewise, patients with mild hearing loss often feel they don’t need hearing aids.

Study co-author Brad A. Stach, PhD, points out that a lot of people view buying a hearing aid along the same line as buying a new refrigerator: It’s an expensive item, so even if it’s on sale, you won’t spend the extra money unless you need it.

"On the other hand, if you need a new refrigerator, you’ll shop around to get the best value for the best appliance. It’s no different with hearing aids. Most patients will get them only if they feel they need them, regardless of cost, and will often spend a little extra to get the best device," says Dr Stach, division head of Henry Ford Audiology.

As part of the study, the cost for hearing aids in the partial insurance coverage group was reduced by 20% for two devices or 40% for one device.

The study shows that patients who had full coverage for hearing aids obtained them about 7 years earlier and with better hearing than the other two groups. But there was no difference in age or hearing loss between people who paid for the full cost of hearing aids or purchased hearing aids at a substantially reduced cost.

The more patients had to pay out of pocket (partial and private pay groups), the more likely they were to upgrade to a more advanced device. Patients with full coverage were the least likely to upgrade, and only purchased what was fully covered by insurance.

According to the study, the only situation in which patients are motivated to get hearing aids earlier is when they are provided at no cost.

But "free" could come at a higher price to patients’ hearing health, says Dr Ramachandran. "If insurance only fully covers certain hearing aids, patients may miss out on reaping the benefits of more technologically advanced devices or devices better suited to their needs."

The study appears in the May issue of The Hearing Journal. 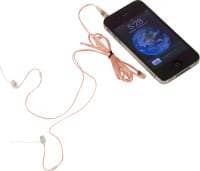 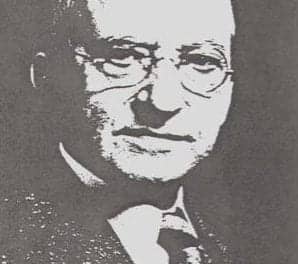