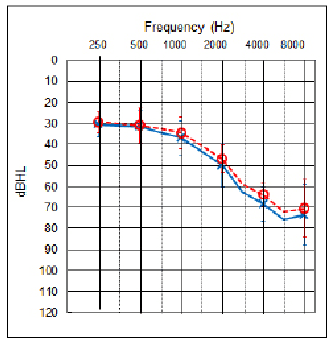 See if this sounds familiar: “I’ve had analog hearing aids for years and my banjo sounded great. They broke recently and I am now trying my fifth set of digital hearing aids. They distort the sound of my music and nothing that the audiologist does seems to help. I am not sure who is more frustrated—me or my audiologist!” I hear this type of comment frequently from musicians and many others. I also hear comments like this from many of my non-musician clients who, on occasion, like to attend concerts and generally like to listen to music.

The problem is not in the programming software. Tweaking the frequency response, gain, or compression features will only help if they were set up incorrectly for speech in the first place.

Partly because of the 16-bit architecture that modern digital hearing aids use, and partly because of some engineering design decisions that had to be made (generally to reduce the noise floor), modern hearing aids cannot handle overly intense inputs—this is typically the case for any input over about 95 dB SPL. This is true of entry level hearing aids and also true of top-of-the-line premium hearing aids. The most intense components of speech are on the order of the 80-85 dBA, so even shouted speech can get through the A/D converter “doorway” into the hearing aids.

The hearing aid industry has responded, in part, to this issue of poor music fidelity. A/D converter stages have been redesigned to “auto-range” or readjust their optimal region of digitization1-5 and also to utilize less sensitive microphones that “fool” the A/D converter into thinking that it is receiving lower level inputs that are better suited to their digitization parameters.6,7

A concern about these approaches is an increased noise floor in hearing aids that some people may hear—especially if their hearing sensitivity is good for the lower frequency regions. In addition, despite modern A/D converters having a theoretical limit of a 96 dB dynamic range (such as 7 dB SPL to 103 dB SPL), very few technologies have even been able to approach this limit.

Recently, a new approach has been introduced to the marketplace where the A/D converter dynamic range is elevated to an input region that is more appropriate for louder inputs such as music—like raising a low hanging bridge. True Input™ technology from Widex is the name associated with a novel approach designed to ensure that the available dynamic range is fully utilized while keeping the noise floor low. In addition, and perhaps most importantly, the technology utilizes a transformer action that allows the input voltage to be doubled. This has the effect of extending the top range of the A/D conversion process to 113 dB SPL, which is more appropriate for many forms of music.

To study the effects of this new technology, 10 hard-of-hearing musicians who were experienced hearing aid users were asked to be assessed with, and wear, one of two hearing aids for a 6-week period: Widex Clear (without this True Input™ technology) and Widex Dream (with True Input™ technology). All subjects were fit binaurally and blinded to which hearing aids they were wearing. The researchers associated with the Musicians’ Clinics of Canada, who came into contact with the musician subjects, also were blinded with respect to which hearing aids were which. The settings and all other electroacoustic features of these two types of hearing aid were held constant, except for the different front end configuration of the Dream hearing aid.

The data presented here are a subset of a larger study using other assessment tools. Figure 1 shows the average audiogram for the 10 subjects, with the standard deviations shown as the vertical bars at the respective audiometric frequencies.

All subjects were asked to listen to recordings under insert earphones of speech and music at low levels (-30 dB re: peak) and also at more intense levels (0 dB re: peak), and to make preference judgments of clarity and naturalness—attributes that have been shown to be useful in previous amplified music research.2 For these tests, the audiometer dial reading was adjusted for 85 dB HL, which corresponds with 102 dBA noise and a speech peak level of 108 dB SPL. The presentation level was adjusted to be “loud, but OK” for each subject.

At the end of the study, all hearing aids were returned along with the four weekly questionnaires. All subjects were paid for their participation according to the approved ethics protocol (University of Toronto, #27405) and were provided the opportunity to purchase the hearing aids at a discounted rate when the study was completed.

Figure 2 shows the preference results in terms of clarity for the Dream and the Clear hearing aids for both high presentation level and low presentation level for both stimuli (ie, music and speech). At the high presentation level, the Dream circuitry performed statistically significantly better (p < 0.05) with a 50% difference over the Clear circuitry. There were no statistically significant differences for the lower level presentation. Similar data were also found for the subjective attribute of naturalness, but these are not shown due to space considerations. This provides evidence that the “raising the bridge” circuitry found in the Dream circuitry resulted in a preferred signal at the high input level, characteristic of many forms of music.

The same data were then plotted separately for music and speech stimuli. Figure 3a shows the results for music, and Figure 3b for speech. The data were paired (a within-subject design) for each subject in order to minimize variance. For music, the Dream hearing aid (with True Input™ technology) was preferred statistically significantly more than the Clear hearing aid at both the high and the low presentation levels.

Even for the quiet presentation level of music, there were statistically significant differences, and this is most likely related to the crest factor of the signal. The crest factor is the difference (in dB) between the instantaneous peak and the long term average root mean square (RMS) of the signal. For speech, the crest factor is on the order of 12 dB, whereas for music, the crest factor can be in excess of 20 dB.8 That is, the peaks for instrumental music are significantly higher with respect to the average RMS of the music than for speech that is presented at an equivalent level. Despite the lower presentation level of the music, the peaks most likely exceed the capability of the Clear circuitry, but not the newer Dream circuitry.

Speech is not typically uttered at such a high level as music, so one can argue that the result for the loud speech (Figure 3b) is superfluous; however, this condition is frequently encountered by hard of hearing people—their own voice at the level of their hearing aid microphones can be quite intense. The data for music in Figure 3a suggest that the “raising the bridge” circuitry of the Dream can be useful to improve the quality of a hard of hearing person’s own voice while wearing their hearing aids.

What This Means for Music and Musicians

Musicians, and those who like to listen to music, can now receive an amplified signal that is effectively distortion free. Software changes can still be made when necessary that can further optimize the listening environment, and now these changes can be made with as clear and high-fidelity of a signal as possible. The net result is a hearing aid fitting that is best suited to the requirements of playing, and listening to, music.

The data from this study indicate clearly that the “raising the A/D converter bridge” is a valid strategy that has been shown to be useful in both laboratory and real life listening environments. This is the approach that is emulated in the Widex Dream hearing aid with True Input™ technology. The concept of presenting the A/D converter in a hearing aid with a signal that is within its operating range (by designing the dynamic range of the A/D converter to be in a more appropriate location) has shown to minimize distortion and improve the sound quality, if the input level is high. In addition, this technology has ramifications of improving the quality of a hard of hearing person’s own voice.

The author is not associated with Widex but did receive compensation for the performance of the study.

The author thanks Francis Kuk and Brian Crose who assisted in the design of this study, its statistical analysis, and provided simulated materials for testing. He also thanks Anthony Vila and Brandie Beaudrie for assistance in coordinating the subjects.

Marshall Chasin, AuD, is an audiologist and director of research at the Musicians’ Clinics of Canada, Toronto. He has authored five books, including Hearing Loss in Musicians, The CIC Handbook, and Noise Control—A Primer, and serves on the editorial advisory board of HR. Dr Chasin has guest-edited two special editions of HR on music and hearing loss (March 2006 and February 2009), the latter with Larry Revit, as well as a special edition on hearing conservation (March 2008) with Lee Hager. 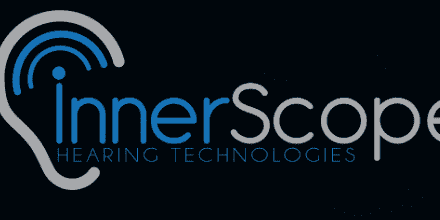 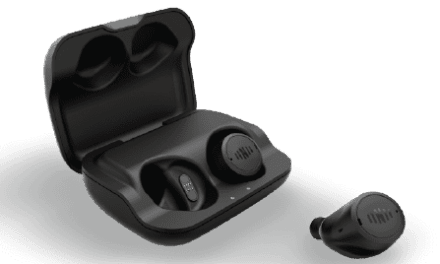