New technologies allowing audibility of the 4000-8000 Hz region has been shown to be beneficial for infants and children with hearing loss, particularly for the reception of the /s/ sound. New clinical tools allow for the optimization of such technologies.

Recent research has highlighted the importance of high frequency information in pediatric hearing instrument fittings. Stelmachowicz et al1 showed that the adult female /s/ peaks at around 9 kHz and the energy of a child’s /s/ peaks around 6 kHz. Her research also showed that recognition of the phoneme /s/ spoken by female talkers improved as the bandwidth increased up to 9 kHz. 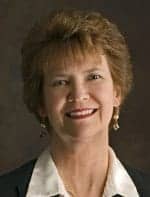 Christine Jones, AuD, is the manager of pediatrics and schools at Phonak LLC, Warrenville, Ill, and Margaret Winter, MS, is the coordinator of clinical services at the Children’s Auditory Research and Evaluation Center at the House Research Institute, Los Angeles.

Since hearing instruments do not provide large amounts of gain above 6 kHz, it is likely that /s/ is not always audible through hearing aids. In English, but also in other languages, providing audibility for /s/ is important for functions beyond simple speech recognition, since it is an important morphological marker of plurals, possession, tense, and contractions. Further adding to the importance of bandwidth,

Pittman2 showed that children with normal hearing and hearing loss learned new words faster with a 9 kHz bandwidth than with a 4 kHz bandwidth. Thus, providing high-frequency speech information is particularly important for infants and children to foster their language acquisition process. Besides the importance for speech perception, high frequency energy often is also important for the perception of many environmental sounds.

Okay, Providing High Frequencies Is Important. But How Do We Do This?

Providing this high frequency information with hearing instruments brings many challenges—almost amounting to “a perfect storm.” First, increasing high frequency gain can result in feedback problems, particularly in pediatric instrument fittings. Second, hearing loss tends to be most severe in the high frequencies requiring more gain in this region. Next, the phonemes occurring between 4 and 8 kHz—/f/, /th/, and /s/—are very soft fricatives, packing only about 20 dBHL of energy. Finally, even with modern extended bandwidth hearing instruments, real-ear gain above 6 kHz is limited due to the limited bandwidth of the receiver, coupling effects including the earmold frequency response, and the feedback thresholds.

To overcome these challenges, hearing instrument technology has evolved, with modern devices promoting frequency-lowering techniques, sophisticated feedback management, and extended bandwidths out to 9kHz. Non-linear frequency compression (NLFC) addresses the issue of high frequency access by gently shifting and compressing high frequency inputs into lower regions. Without creating any overlap in output frequency and with only subtle changes in signal quality, NLFC shifts the highest inputs to frequencies where more gain is available in the hearing instrument, and where hearing thresholds may be better. This results in substantial improvements in speech audibility and intelligibility.3-5 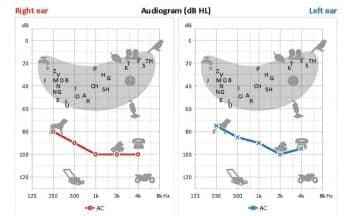 As with any new technology, clinical procedures and protocols must be adapted accordingly. Real-ear and test-box measures combined with speech testing can provide valuable data with which to fit and fine-tune hearing instruments. However, there are limitations to these tools when dealing with advanced technologies, including NLFC. Traditional electroacoustic measures do not show output above the NLFC cut-off frequency, so they cannot be used to assess audibility of compressed high frequencies or quantify the benefit afforded by employment of the technology. As a result, they do not provide useful information to make clinical decisions about the application or fitting parameters of such technologies.

Traditional electroacoustic verification protocols also do not identify those instances when settings may be detrimental to vowel structure or cause consonant confusion. Additionally, speech testing using most clinically available word lists is not sensitive to the effect of extended bandwidth or NLFC, since their impact is limited to the high frequency region.

This case example illustrates the use of a revised verification and validation protocol, including the UWO Plurals Test to effectively fit and optimize hearing instruments with non-linear frequency compression. Patient JH is a 12-year-old male with permanent bilateral severe-to-profound sensorineural hearing loss (Figure 1).

JH was diagnosed with hearing loss following newborn hearing screening and has been aided bilaterally since infancy. JH would meet the criteria for cochlear implantation, but the patient and family have chosen hearing instrument use at this time. Parents report that JH is an excellent student performing at the top of his class. JH uses a personal FM system coupled to his hearing instruments at school.

JH was seen in the clinic for new hearing instrument evaluation. At the time, he used non-linear 675-battery power aids. His simulated test-box measures showed a good match to DSL targets through 3000 Hz. Aided soundfield testing with warble tones showed audibility at 20 dBHL at 250 Hz decreasing to 50 dBHL at 4000 Hz bilaterally. Testing with the 6300 Hz speech-band stimulus available in the AudioScan Verifit® showed that this stimulus, highly correlated to the phoneme /s/,6 did not reach the level of audibility. The patient reported difficulty hearing /s/ and frequently omitted it in his own speech. 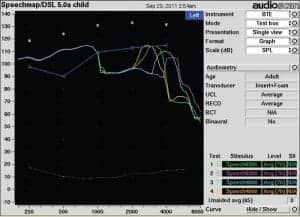 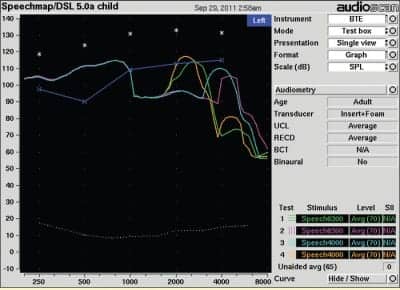 Figure 3. With SoundRecover on at final settings, the green line (6300 Hz) barely meets threshold, and the orange line (4000 Hz) exceeds threshold by about 5 dB.

The UWO Plurals Test was administered in the sound booth with JH aided bilaterally with his current hearing instruments. The Plurals Test, developed by Susan Scollie and colleagues at the University of Western Ontario (UWO), is an auditory-only open-set task. It consists of five randomized lists of 30 words that have simple plural forms with the addition of a final /s/ or /z/. With the patient using his own hearing instruments, which did not include NLFC technology, two of the word lists were presented. JH correctly repeated 16 of the 60 words, or 27%. He correctly identified the plural form in 2 of 30 words or 7% of the time with no false positives.

Based on the previous measures showing no audibility of the high frequency speech bands, the cut-off frequency was lowered to 2000 Hz with a compression ratio of 4:1 (Figure 3). This was the highest setting that resulted in the 4000 Hz speech band reaching audibility; 6300 Hz could not be made audible without significantly impacting sound quality.

In these newly optimized settings, JH repeated two more word lists of the Plurals test. He correctly repeated 25 of 60 total words or 40%. He correctly identified 19 of 30 final /s/ phonemes (63%) with only 2 false positives.

Subjective wearing results. JH wore the new hearing instruments home that afternoon. He had some difficulty differentiating between /s/ and /sh/, but heard a bell in the car for the first time. The following evening, his mother reported that, while he was rehearsing a speech for school, his production of /s/ was stronger than usual.

By the third day, JH was still having some trouble differentiating /s/ and /sh/, for instance between “said” and “shed,” but was hearing many new sounds, such as a beep from his watch and an oven timer. By the following week, his mother noted not only an improved ability to hear someone calling from the other room but also an improved understanding of speech at this distance.

By the third week, JH’s speech therapist reported that his differentiation of /s/ and /sh/ had improved substantially and that his overall speech understanding and production was much improved when repeating sentences from the Los Angeles Times spoken at a distance of 3 feet behind his head. He also was able to understand a list of randomly dictated months presented over the phone.

After 1 month, the patient was emphatic that he understood better with the non-linear frequency compression devices. At that time, his recognition of NU-6 words in the soundfield had improved to 80% correct—a marked 40% improvement over his previous devices.

Still, our methodologies are far from perfect. Additional tools are needed to assess /s/ and /sh/ discrimination, to cover a range of auditory skills, and to optimize technologies with better accuracy on infants. As of today, however, we can employ the speech-band stimuli in the AudioScan Verifit® and the UWO Plurals Test to fine-tune hearing instrument parameters and confidently compare high frequency audibility between settings to improve benefit and outcomes.

Correspondence can be addressed to Christine Jones, AuD, at [email protected]. 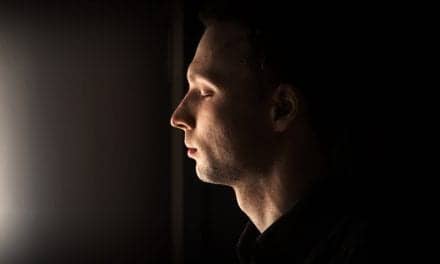 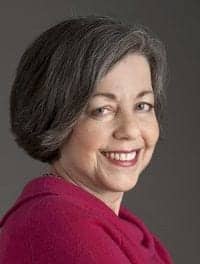 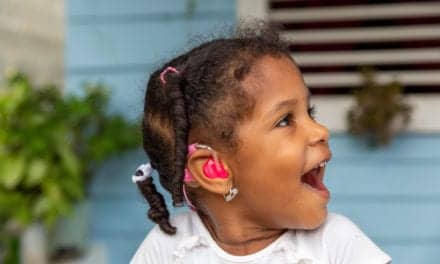