The American Academy of Audiology, Reston, Va, presented the 2006 Academy Honors during an evening reception at the April AAA Convention in Minneapolis. The Academy debuted the Distinguished Achievement Award to four individuals who have had an impact on the profession through their teaching, clinical service, research contributions, and/or innovative program development. The honors went to Barry Freeman, PhD, for his leadership, innovation, and pioneering efforts in the field of audiology, particularly in governmental and legislative initiatives, and the AuD; Joseph W. Hall, PhD, for his preeminence as a hearing scientist; H. Gustav Mueller, PhD, for his tremendous contributions to the hearing care field as a presenter, writer, and for his scholarly work; and Martin Robinette, PhD, for his academic and professional work.

This year’s James Jerger Career Award for Research in Audiology went to Harry Levitt, PhD. This award honors an individual who has had a distinguished career in the field of audiology. Recipients must not only be productive researchers, but must have made significant contributions to the practice and/or teaching of audiology.

The Academy honored two individuals who are non-United States residents with the International Award in Hearing: David Baguley, PhD, and Stuart Gatehouse, PhD. This award is given to those who have provided outstanding service to the profession of audiology in a clinical, academic, research, or professional capacity.

The 2006 Samuel F. Lybarger Award was presented to Sadanand Singh, PhD. This award is given to those who have made a significant and pioneering contribution within the field of hearing while employed by a hearing health care company or corporation.

Jackie Clark, PhD, was presented with the 2006 Humanitarian Award for her work in Mozambique. This award goes to an individual who has made a direct humanitarian contribution to society in the realm of hearing.

In other AAA news, Alison Grimes, AuD, has been elected as the American Academy of Audiology’s president-elect. Grimes is the coordinator of clinical audiology for UCLA Medical Center, Los Angeles. Following her term as president-elect, she will assume the office of president July 1, 2007, for a one-year term.

Three new members have been elected to the American Academy of Audiology’s Board of Directors. They will begin their 3-year term July 1, 2006. Bopanna Ballachanda, PhD, is the director of audiology for Premier Hearing Centers, Albuquerque, NM. Kris English, PhD, is an associate professor at the University of Pittsburgh, Pa. She has extensive experience in educational audiology. Patrick Feeney, PhD, is chief of audiology in the department of otolaryngology, head and neck surgery at VM Bloedel Hearing Research Center, University of Washington, Seattle.

Beltone
Beltone Electronics, Chicago, awarded the Larry Mauldin Award for Excellence in Education to Terry E. Foust, AuD, and Ian M. Windmill, PhD, during an evening reception held at the recent AAA Convention in Minneapolis. The Mauldin Award was created to honor the accomplishments of the late Larry Mauldin, and is given to an industry leader committed to continuing education and unselfishly giving back to the profession, the community, and the hearing impaired.

Foust is an audiologist and health care administrator with expertise in newborn hearing screening and diagnostic assessment, teaching and health care services. Windmill is currently an associate professor and director of audiology at the University of Louisville School of Medicine.

A prominent physician and one of the founding members of the Otologic Medical Group that later became the House Ear Clinic, Sheehy was recognized throughout his career for outstanding accomplishments and distinguished service in the field of otology.

A recipient of the American Otological Society Award of Merit, Sheehy defined lateral surface tympanoplasty techniques to deliver more reliable results for patients, and wrote many papers on hearing health and ear surgery.

Along with his colleague, Dr. Howard P. House, Sheehy was known for exceptional leadership in ear surgery. He was an outstanding teacher of surgical otology at the House Clinic, House Ear Institute, and the University of Southern California.

Sheehy was instrumental in the production of countless teaching videotapes. He lectured around the world on the topics of vertigo, tympanoplasty, and stapedectomy, and he taught many courses at the annual meeting of the American Academy of Otolaryngology-Head and Neck Surgery.

Sheehy was one of the first physicians to perform outcomes research, and helped define how clinical otologic research should be performed. His data collection techniques at the House Clinic captured prospective clinical information at a time when few people in the medical field talked about clinical trials. Working many hours to collate and analyze date before the age of computers, Sheehy established the basic template for data collection that is still used in most otology clinics worldwide.

A 1951 graduate of Stanford University Medical School, he completed his Ear, Nose, and Throat (ENT) residency at Letterman Army Hospital, Presidio, San Francisco. He also served as an officer in the United States Medical Corps, and was a member and president of the Pacific Coast Oto-Opthalmological Society.

Sheehy is survived by Vye, his wife of 55 years; three sons, William, Theodore, and Thomas; three grandchildren, Nicholas, Christopher, and Stephen; and a brother, Dr. Harry Sheehy of Chicago. 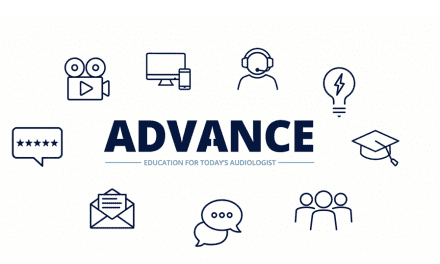