REHOVOT, Isreal — Modern hearing aids, though quite sophisticated, still do not faithfully reproduce sound as hearing people perceive it. New findings at the Weizmann Institute of Science reportedly shed light on a crucial mechanism for discerning different sound frequencies and thus may have implications for the design of better hearing aids.

Research by Itay Rousso of the Weizmann Institute’s Structural Biology Department, which recently appeared in the Proceedings of the National Academy of Sciences (PNAS), suggests that a thin structure in the inner ear called the tectorial membrane responds to different frequencies. This membrane communicates between the outer hair cells (which amplify sound in the form of mechanical vibrations) and the inner hair cells (which convert these mechanical vibrations to electrical signals and pass them on to the brain via the auditory nerve). If certain genes for this membrane are missing or damaged, total deafness ensues.

Rousso and research student Rachel Gueta, together with researchers at the Ben-Gurion University of the Negev, wanted to explore the mechanical properties of the tectorial membrane. Using an atomic force microscope, which probes surfaces with a fine microscopic needle, they tested the resistance of the gel-like membrane at various points to assess precisely how rigid or flexible it was. To their surprise, the scientists found that the level of rigidity varies significantly along the length of the membrane: One end of the membrane can be up to 10 times more rigid than the other.

These differences occur in the part of the membrane that is in direct contact with the outer hair cells. Observation under a scanning electron microscope reveal that this variation is due to changes in the way the protein fibers are arranged: At one end, they form a flimsy, net-like structure that allows the membrane to be flexible; on the rigid side, the fibers are densely and uniformly packed.

The more rigid a tectorial membrane is, the higher the frequency at which it can vibrate. Thus, the flexible end of the membrane—which should respond to low-frequency vibration— is found near the hair cells that transmit low frequencies, and the rigid end near hair cells that transmit high ones. This spatial separation, say the scientists, translates into the ability to distinguish between sounds of different frequencies.

The new understanding of the mechanics of hearing may assist in the development of better hearing aids. Rousso, meanwhile, plans to continue exploring how variations in membrane rigidity affect hearing. He intends to test tectorial membranes under different physiological conditions to further understand how we hear such a wide range of frequencies (the highest is a thousand times the lowest), as well as to shed light on the causes of certain hearing problems.

Rousso’s research is supported by the Clore Center for Biological Physics; the Helen and Martin Kimmel Center for Nanoscale Science; the Jeans-Jacques Brunschwig Fund for the Molecular Genetics of Cancer; the Estelle Funk Foundation; and the President’s Fund for Biomedical Research. Dr. Rousso is the incumbent of the Robert Edward and Roselyn Rich Manson Career Development Chair. 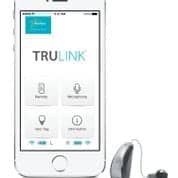