A New System to Protect Hearing Aids from Cerumen and Moisture

The process of miniaturization in hearing instrument technology over the years has provided several benefits for the consumer. One aspect has been a reduction in the size of receivers, allowing them to be placed in a housing that fits completely inside the ear canal. This has been commonly observed in the form of custom hearing instruments and, more recently, in the receiver-in-the-canal (RIC) style of open canal (OC) behind-the-ear (BTE) models. The patient benefit is that the closer proximity of the receiver to the tympanic membrane potentially provides more usable gain without feedback than can be achieved from the same receiver housed outside of the ear canal.

Custom instruments, especially the smaller models, provide benefit by allowing the pinna to be a factor in localization, directionality, and general sound collection. RIC BTE instruments provide the opportunity for a small housing with a thin, cosmetically appealing wire connected to the external receiver. This combination helps create a smooth frequency response, little or no occlusion effect, and additional other known advantages of OC fittings.1

Moisture and cerumen are detrimental to the performance of receivers and, consequently, to hearing instrument performance. Some sounds may be impeded or distorted, and the increased demand on the receiver when trying to achieve usable gain can increase battery drain.

Receiver damage due to cerumen is a leading cause for hearing aid repairs. For example, one study demonstrated receiver replacement rates higher than 35% for completely in the canal (CIC) instruments at 24 months of use.2 An internal study by Knowles Electronics reviewing receiver failure indicated that over 60% of damaged receivers were related to blockage of the receiver or port by wax or debris.3 Dispensing professionals are commonly faced with the challenge of providing the benefits of an RIC while avoiding these potential difficulties. Hearing instrument wearers are also in search of improved reliability and reduction in repair costs.4

Over the years, there have been numerous approaches designed to address the issue of protecting the receiver—with some being more successful than others. An effective solution must achieve two major goals:

A new system from Siemens Hearing Instruments meets these requirements by incorporating a gas-tight membrane in the C-Guard™ wax protection system (Figure 1). This system consists of a thin membrane held in a plastic housing that fits securely into the end of the receiver tube or is inserted in a dome tip for a RIC BTE device. This membrane creates a seal that is impervious to gas, and prevents moisture and cerumen from entering the receiver tubing and traveling to the receiver. The membrane is effective even against the less dense types of cerumen that can bypass other wax protection systems.

The membrane is designed with high compliance and low mass so it remains acoustically transparent. The special design of the receiver involves the addition of a tiny barometric relief vent providing a consistent pressure balance on both sides of the membrane. This balance prevents expansion and shrinking of the air pressure in the receiver tube (eg, due to changes in altitude) and inhibits added impedance on the system.

Evaluation in Everyday Use

In addition to protecting the receiver against wax and moisture, C-Guard offers ease of maintenance and replacement benefits. As with any type of wax protection system, there is some need to clean the unit or to replace it at some point. The system is positioned to be slightly recessed at the opening of the receiver. This protects the membrane from damage, yet still allows easy access for wiping any build-up of cerumen or moisture from the membrane without any invasive probing inside the receiver tube.

Over a period of time, it is helpful to replace the existing C-Guard with a new one. This is easily accomplished with the replacement tool included with the kit. This is a significant improvement over most other conventional wax protection systems, which usually have to be changed much more frequently.

Siemens recently completed a study to assess the longevity of the system when it is exposed to typical conditions in the ear. Ten subjects wore custom hearing aids fitted with C-Guard in both ears. Upon inspection of the system worn by all participants, none of the 20 receivers failed due to wax or cerumen damage. Results indicated that, with proper instruction and proper care, the new wax protection system can be used for an average of 3 months before requiring replacement.

Comments from the study suggested that the membrane was easy to clean. Further investigation indicated that several subjects in the study were still operating successfully past the recommended 3 months.

Another study evaluated the ease of use and effectiveness of the system. A total of 14 clinics in Germany and 10 in France provided it to patients known to have prior hearing aid repair issues related to wax and/or moisture. This field trial consisted of three visits. The first visit involved providing the system to the hearing instrument wearer and giving instructions on how to clean and replace the wax protection system. The second visit was at the 3-week follow-up in which the C-Guard membrane was inspected and the subject was asked to complete a questionnaire. The final visit occurred after either 6 weeks or the first change of the C-Guard by the subject, whichever came first. In this final visit, the subject was asked to complete another questionnaire.

When asked about the ease of changing the wax guard on the hearing aid, 63% found it either “easy” or “acceptable” (Figure 3). Since the field trial typically lasted 6 weeks for most participants, it was not anticipated that there would be a need to change the C-Guard, and participants likely felt obligated to attempt changing the C-Guard to respond to the question. The fact that the participants did not have a need to change the C-Guard (as this initial trial was only 6 weeks) and didn’t do so would explain the other 36% who answered “n/a” with regard to the ease of changing the guard. Of greater significance was that no one found it “difficult” to change the system. Additionally, at follow-up visits where the status of the membrane was inspected by the dispensing professional, there were no indications of damaged membranes.

As shown in Figure 4, the benefit of the new system is clearly reflected in the satisfaction ratings of the patients. More than 80% are “satisfied,” and 18% are “very satisfied.” Importantly, 100% of the patients would recommend the system to others—even those patients who reported being “neutral” or “dissatisfied.” A possible explanation is that some patients are dissatisfied to need a wax guard at all. Given the need of such a system, C-Guard appears to be an optimal solution.

Another objective of the field trial was to receive input from dispensing professionals. Nearly 80% surveyed by telephone at the end of the test period reported there is no better wax protection system.

Moisture and cerumen may damage components of hearing instruments, such as receivers, which potentially results in reduced output, more distortion, and other possible malfunctions. C-Guard is a new wax protection system that consists of an acoustically transparent membrane and a special receiver with a barometric relief vent. The results of two investigations are convincingly positive and suggest that the design meets the goal of providing a secure barrier against wax and moisture while still maintaining easy usability for the hearing instrument wearer. 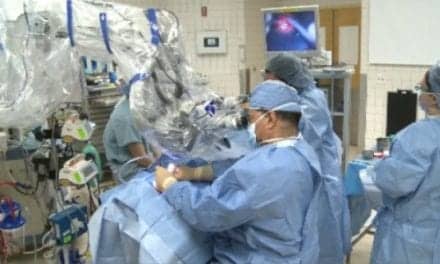