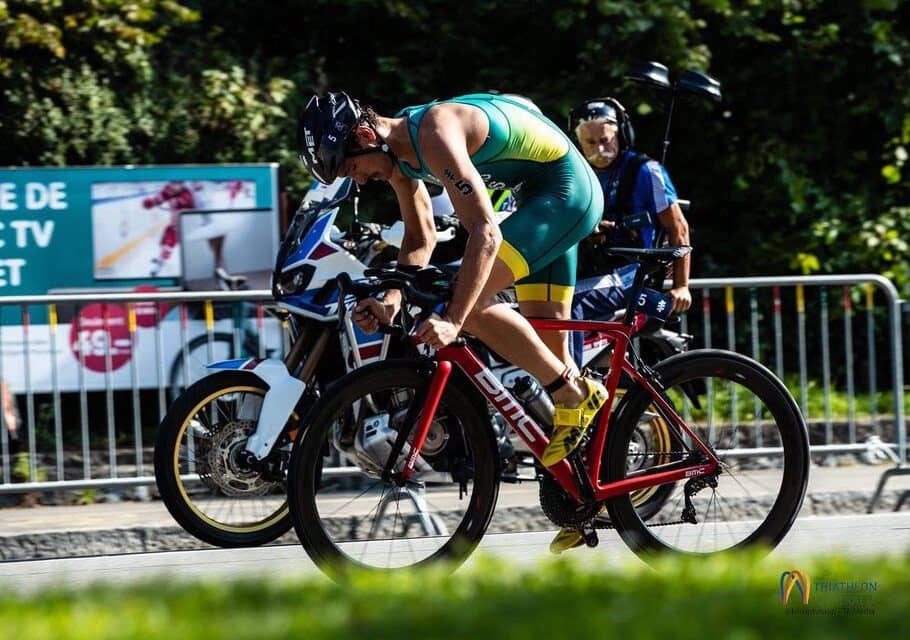 For professional triathlete Lorcan Redmond, high performance is the name of the game. In a schedule that sees him training 30 hours a week, hearing is imperative – knowing exactly what his coaches and teammates are saying takes the stress and guesswork out of mastering three separate disciplines: swimming, running, and cycling.

In need of a compact hearing device that’s “discreet, resists wind interference, and doesn’t fall out during intense physical activity, Redmond turned to Signia Active, an industry-changing product from Signia, designed for those looking to optimize their human performance through better hearing in nearly every situation,” Signia announced.

Redmond’s path to success has been far from simple. First diagnosed at the age of three, the reality of his hearing loss revealed itself when he struggled to follow conversations in school, which, in turn, led to learning difficulties. In 2005, Redmond was officially tested for hearing loss and fit with hearing aids, which at that time were big, bulky, and sat over the top of the outside of the ear, drawing unwanted attention.

As a naturally active young boy with athletic talent, the Australian started competing as a triathlete in 2013. Within one year, he had not only medaled on several occasions but set a world record in the 5000m for a male under 13.

After completing high school in 2018, Redmond’s determination to make the most of every opportunity saw him spend 2019 living overseas, where he trained and competed. That same year, while training on his road bike in Spain, he had removed his hearing aids due to wind interference and was left temporarily wheelchair-bound after a hit-and-run incident. Despite this adversity, Redmond persisted and went on to take silver at the World Junior Championships in Switzerland.

Enter the Signia Active X, what the company says is “a game-changing design that bridges the gap between premium consumer earbuds and superior quality hearing aids.” The “James Bond” style initially attracted Redmond, but it’s its operation that has enabled him to perform at his peak, Signia says.

“They are a very cool looking piece of equipment, but they also function even better than they look,” explained Redmond.

While his previous bulky hearing aids would often be taken off during training, this is no longer the case. Now, Signia Active’s automatic situation detection helps cut out much of the wind noise, which rendered previous systems impractical, according to the company’s announcement.

Another “handy innovation” is the pocket-sized Signia Active charging case, which automatically recharges the device for up to 26 hours, ideal for when Redmond hits the pool for training.

“When I take them out for swimming training, I simply put them in the case and they charge back up, ready to go when I’ve finished,” said Redmond.

Redmond appreciates the sound quality provided by Signia Active, which is complemented by its “all-new state-of-the-art Bluetooth streaming option, allowing him to listen to his music, watch videos from his phone and take phone calls with the audio feeding direct into the device all while he is on the go.”

Wearing Signia Active hearing aids means Redmond can now stand on the starting line with 70 other triathletes and hear the subtle sounds many of us take for granted, according to the company. He can ride a bike on an open road, listen to music, and hear if there are cars behind him. He can clearly hear the instructions of his coach and not miss conversations with his teammates, family, and friends.

“With a product like Signia Active, there is no excuse to not act on hearing loss and get what you need to help you live a fuller life,” Redmond concludes. “The technology is so great that I put these in and think I’m wearing headphones, but I can just hear a lot better.”

Redmond is currently training for the World Championships, scheduled for the end of this year, with the ultimate goal of heading to Birmingham next year for the 2022 Commonwealth Games.