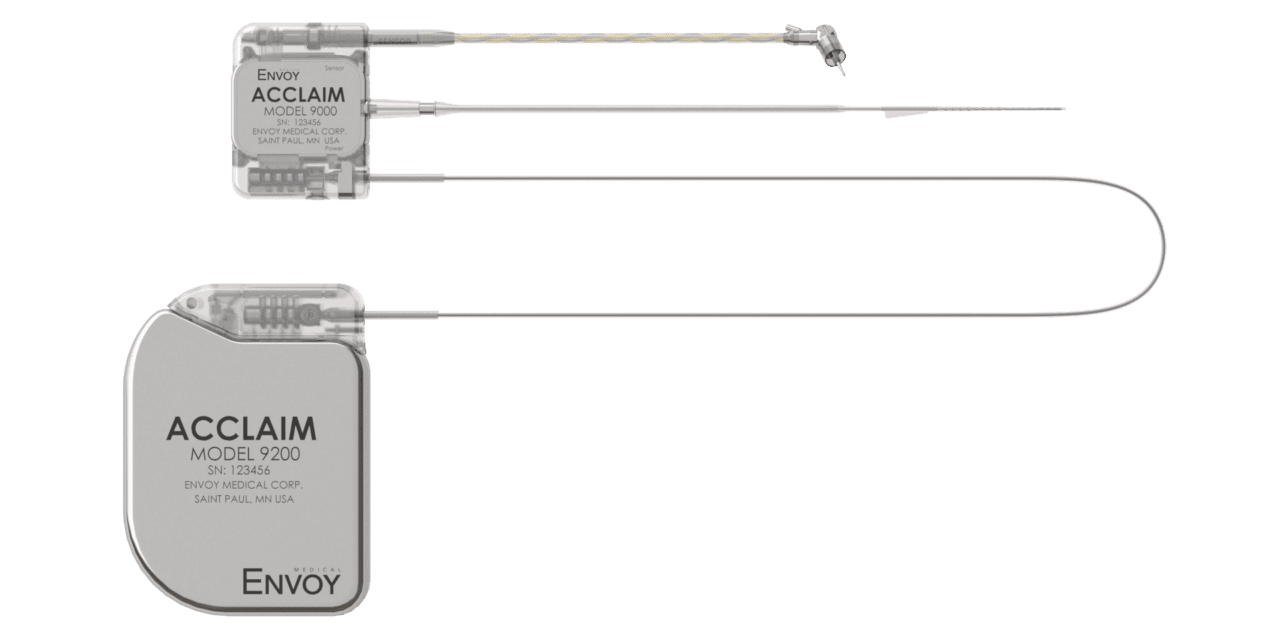 Envoy Medical Corporation, a hearing health company focused on providing innovative technologies across the hearing loss spectrum, announced the US Food and Drug Administration (FDA) approved its Investigational Device Exemption (IDE) application to begin a clinical trial with its fully implanted Acclaim cochlear implant. Envoy Medical’s single-center Early Feasibility Study for the Acclaim will take place at Mayo Clinic in Rochester, Minn. According to the company’s announcement, the Acclaim is unlike current commercially available cochlear implants due to the lack of any externally worn components, and it was granted Breakthrough Device Designation in 2019 by the FDA. If approved by the FDA, the Acclaim would be “the first-of-its-kind cochlear implant designed to be fully implanted and use the ear, rather than a microphone, to pick up sound.”

Of the estimated 1.4 to 4 million potential people with significant hearing loss in the United States who could benefit from cochlear implants, roughly 5% of eligible candidates use cochlear implants.1 Potential adult recipients often wait longer than they should to get existing partially implanted cochlear implants, and a reason often cited is the amount of external hardware.2

“We believe that a fully implanted cochlear implant may increase their use among millions of adults with significant hearing loss,” said Brent Lucas, CEO of Envoy Medical. “This study is the first step in evaluating the safety and effectiveness of the fully implanted Acclaim cochlear implant, putting us closer towards potentially filling a large unmet need in hearing loss technology.”

Designed to address the limitations of current microphone-based hearing devices, Envoy Medical’s fully implanted technology includes a completely unique sensor designed to leverage the natural anatomy of the ear instead of a microphone to capture sound.

If approved by the FDA, the Acclaim would be “the first-of-its-kind cochlear implant designed without any externally worn components and to use the ear to pick up sound.”

Important safety information for the Esteem can be found at: https://www.envoymedical.com/safety-information.