Technology for the Wild

“Okay, enough already,” you might be thinking. “Now I have to deal with tele-audiology? Just give me a paper bag that I can breathe into—or is that what the polybag covering on this magazine is for?” Technology is moving so quickly that many, if not most, of us are being forced to relearn our jobs on the fly. So, pity the hearing care professional…and the IT specialist…and the telecom expert…and the car mechanic…and editors and publishers. You get the idea. I have a close friend who runs a large truss and flooring components factory, but the amazingly complex machinery inside what you might otherwise think to be a “lumber mill” leaves you with the vague suspicion that they’re actually assembling an army for Clone Wars.

Technology can become overwhelming at times, and I have a lurking fear that my ability to gain a keen grasp on it all is inversely proportional to my age. Douglas Adams in his Hitchhiker’s Guide to the Galaxy series summed it up best: “1) Anything that is in the world when you’re born is normal and ordinary and is just a natural part of the way the world works; 2) Anything that’s invented between when you’re 15 and 35 is new and exciting and revolutionary and you can probably get a career in it; 3) Anything invented after you’re 35 is against the natural order of things.”

When I entered this industry in the early 1990s, a newsworthy product update might entail the redesigning of an ITE faceplate. In only the past 5 years, hearing healthcare has seen a mass movement to BTE instant/open-fit devices, continued retail consolidation, wireless ear-to-ear binaural strategies (see the article by Kirkwood et al), and the “online-ation” of nearly everything—from this magazine, to my bank account, and the kids’ photos.

So, if you’re feeling anxious about the idea of implementing tele-audiology in your practice, let me borrow those sage first words from the Hitchhiker’s Guide: DON’T PANIC. You’re not behind on this one. In fact, if you simply read the excellent package of articles assembled by this month’s guest editor and renowned audiologist, Jerry Northern, PhD, I believe you’ll have the inside track on 95% of the world’s hearing care professionals.

And it’s definitely worth the read. Dr Northern has assembled a diverse and valuable collection of six articles written by world experts in tele-audiology. They provide a great overview on tele-audiology: why it’s needed, how you can use it now, what types of trained personnel might be needed to fully implement it, what you can expect to see in the near future, as well as examples of tele-audiology programs and pilot programs currently being used in Brazil and in the United States Department of Veterans Affairs (VA).

In Dr Northern’s introduction, he points out that tele-audiology may be the answer to many of our field’s concerns relative to serving a burgeoning senior population with high-quality trained professionals. The recent US Census reported about 40 million US seniors (ages 65+), up 5.3% from 2000. MarkeTrak indicates there are more than 30 million people in the United States who report some kind of hearing loss. The global picture, as detailed by several of the authors in this special edition of HR, is perhaps even more daunting with the worldwide population of those with moderate and greater hearing losses approximating the entire US population (300 million). In this light, efficiencies in operation and maximizing the time of hearing care professionals and their technicians are an imperative. Tele-audiology represents another tool by which to assist those who need hearing help and to create sustainable systems that support quality hearing health care.

Dr Northern also alludes to the fact that it’s difficult to predict where tele-audiology will take hearing care. However, three things seem almost certain: 1) tele-audiology can take our services to the wildest and most remote regions on the planet; 2) our field is now effectively using this technology; and 3) it will evolve to become an important component in the armamentarium of hearing care professionals worldwide. 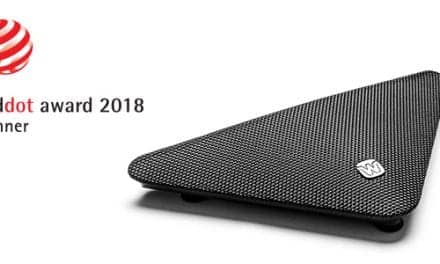