IntriCon Corp, Arden Hills, Minn, a major manufacturer of economy/value-based hearing aids and personal sound amplification products (PSAPs) for the direct-to-consumer (DTC) distributors and owner of Hearing Help Express, as well as a supplier of components for the medical device industry,  announced revenues of $116.5 million in 2018, up 28.5% from $90.6 million in 2017.

This suggests that—despite the dramatic fluctuations in its stock prices—the company is sustaining its rapid growth. Last year, IntriCon reported sales of $88.3 million, up 29.9% from $68.0 million in 2016.

According to Intricon, the company had a record fourth quarter, with revenues of $30.8 million, a 41.1% increase over the Q4 2017, and a gross margin of 30.0% which was consistent with the comparable prior-year period. A supplier to firms ranging from Minneapolis-based Medtronics and United Health’s hi HealthInnovations and EarVenture (ie, from IntriCon’s perspective, “indirect-to-end-consumer”), the company reported that its revenues grew from its largest medical customer by 74.8% compared to Q4 2017, and saw a 79.9% increase to indirect-to-end-consumer hearing healthcare revenue.

However, the company’s operating expenses increased as it invested in infrastructure in the United States and Asia, as well as advertising investments at Hearing Help Express (HHE). Intricon also reports that it acquired source code from Soundperience for its Sentibo Smart Brain self-fitting software, and hired Doug Pletcher as vice president of medical biotelemetry business development. Pletcher is responsible for sales and marketing of new product platforms into the medical biotelemetry market.

Operating expenses were $30.0 million, compared to $24.2 million in the prior year. During the year, the company expanded its infrastructure to support anticipated growth from its current medical customers and other new business development efforts. Expansion efforts include a newly leased 37,000-square-foot medical manufacturing and clean room facility in Minnesota, an additional 10,000-square-foot medical assembly space in Singapore, 13 new molding presses and a high-speed printed circuit board assembly line. In addition to these investments, current customers invested several million dollars in tooling and automation within IntriCon’s facilities.

On the hearing health front, total revenue increased by 10.3% over Q4 2017, led by the company’s value-based indirect-to-end-consumer business, which posted strong revenue growth of 79.9%. This gain was partially offset by a temporary decline in the direct-to-end-consumer (HHE) channel and expected-continued waning in its conventional sales channel. 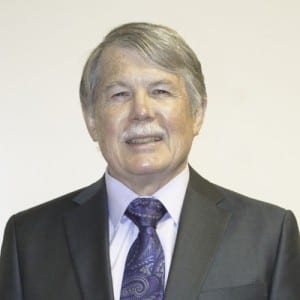 In a conference call with analysts and investors, Intricon President and CEO Mark S. Gorder said HHE will be doubling its outbound telesales force from approximately 20 to 40 workers by the end of the first quarter, and total employees at HHE have increased from 35 to 80 since being purchased by IntriCon in 2017. The Sentibo Smart Brain self-fitting software is designed to improve both channel productivity and the quality of first-time fittings,  said Gorder. The company will pursue 510(k) approval for the system and a wireless over-the counter (OTC) self-fitting hearing aid after the FDA finalizes regulations for a new category of OTC hearing aids—which Gorder expects draft guidance in the second half of 2019, with the final regulations to be effective in the first half of 2020.

During the conference call, Bose and the UK’s SpecSavers were mentioned as examples of the new types of large potential companies that may seek to partner with IntriCon. Citing consolidation within the hearing industry and other factors, Gorder also said more European firms are interested in IntriCon’s value-based healthcare solutions.

About the company’s overall 2018 financial results, Gorder said, “Our medical and indirect-to-end-consumer value hearing health businesses continued to drive strong top-line performance, leading to another quarter of record revenue. I’m pleased with the meaningful progress we made in 2018 towards advancing our key growth initiatives, bolstering our medical leadership team, and expanding our technology.

“I am confident that we are entering 2019 in our strongest position to date,” continued Gorder. “We have the capital to pursue strategic initiatives and a well-developed infrastructure to support our efforts in medical and value hearing health. I believe that we are well positioned in the early stages of long-term, sustained growth within our core markets. The diabetes market is experiencing tremendous growth, with continuous glucose monitoring (CGM) a critical component to serving the needs of many diabetics. And as the value-hearing healthcare space emerges, we believe we are at the forefront of providing affordable and accessible solutions to unserved or underserved hearing-impaired Americans.”

The company anticipates 2019 revenue to range between $128 million to $133 million. Gross margins for the 2019 full year are expected to be approximately 30.0 to 31.5%. In general, the company anticipates linear revenue growth and gross margin improvement through 2019; however this could be impacted by commercial product launch timing from its largest customer and mix shifts between product lines.