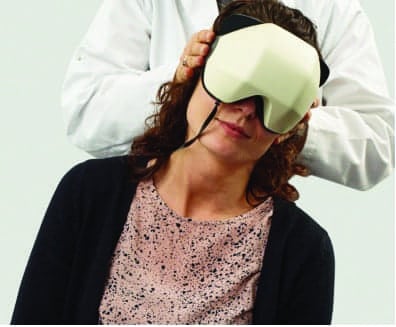 The measurement of subjective visual vertical (SVV) can serve as a diagnostic indicator of utricular otolith (dys)function, and involves an individual’s ability to adjust a vertical line to be parallel with gravity in the absence of visual cues. Measurement of SVV can take many forms, from inexpensive conventional tests to more involved clinical tests. This article reviews three of these tests with particular focus on the Virtual SVV goggle.

Indeed, many of these symptoms can overlap, and the definitions of “dizziness,” “vertigo,” and “unsteadiness” vary. Dizzy patients are sometimes so ill when they experience their debilitating symptoms that they are unlikely to present in the office. Further, if they do present, they may be unable to endure the rigor of clinical tests to indicate or rule out a specific differential diagnosis via a rotary chair, videonystagmography (VNG), marching in place with eyes closed, etc.

Unfortunately, many of the tests used in clinical practice cannot directly diagnose Acute Vestibular Syndrome (AVS), Ménière’s disease, vestibular migraine, and many central pathologies. Specifically, the tests used point us toward/away from a particular diagnosis. Beck, et al1 note the professional is “tasked with relying on and interpreting the patient’s history and physical findings, combined with subjective reports and non-exclusive test findings…” from which an eventual differential diagnosis emerges.

Michelson et al2 report true vertigo is generally associated with the peripheral vestibular system, such as a weakness or malfunction of the semicircular canals (SCCs) which detect angular acceleration. They report malfunction of the otolith organs (ie, saccule and utricle) may be contributory or responsible for unsteadiness as the saccule primarily detects vertical acceleration and the utricle primarily detects horizontal acceleration while upright. The otolith organs function such that linear acceleration displaces the otoconial mass, thus shearing the embedded sensory hair bundles against the otolith maculae, resulting in a potential change in the neuron and, consequently, a change in the afferent discharge rate.

Because the earth’s gravity constitutes a constant linear acceleration, the orientation of the head, relative to gravity, is constantly signaled from the otolith organs to the central nervous system. Therefore, individuals can accurately measure the so-called subjective visual vertical (SVV) without visual reference. Any dysfunction of the otolith apparatus is usually accompanied by incorrect spatial orientation and postural instability. The measurement of the SVV thus serves as a diagnostic indicator of utricular otolith dysfunction.

The SVV represents a method to test an individual’s ability to adjust a vertical line to be parallel with gravity in the absence of other visual cues. The sensory information required to perform this task is provided predominantly by the vestibular organs of the inner ear, and, in particular, by the utricles.

In principle, the SVV is determined by presenting the patient with a luminous line in otherwise total darkness and requesting that she/he rotate it to be parallel to gravity in a vertical alignment. In the case of a healthy patient, correct estimation of the direction of gravity is easily accomplished. The SVV is determined by measuring the deviation of the set angle of the luminous line from the tilt angle of the head. With the head in the upright position this tilt angle will effectively be zero, parallel to gravity. It is possible to test the SVV during unilateral centrifugation, which permits exclusive stimulation to the right or left utricle.

There are several common methods used to measure a person’s SVV response:

The simplest and least expensive measure is using a bucket placed over the patients head (Figure 1a). Inside the bucket is a line or rectangular object. Figures 1b and 1c show the protractor on the back of the bucket and the line inside a typical bucket. 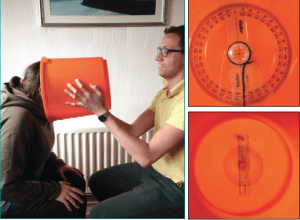 Figure 1a-c. A) Administering the “Bucket Test”; B) View from back of bucket; C) View from inside the bucket. (Photos courtesy of Dr Michael Maslin, Interacoustics Academy, Interacoustics, Middelfart, Denmark.)

SVV can be accurately measured using a rotary chair with a completely dark enclosure that can rotate up to 300°/sec while migrating off center at 1 cm/sec (Figure 2). While rotating, the patient is asked to manipulate a laser line on the wall (using a handheld remote) to position it such that they perceive “perfectly vertical.” This test is very carefully controlled by the software and provides extremely accurate results. An important advantage of this method is it allows you to test each utricle independently. 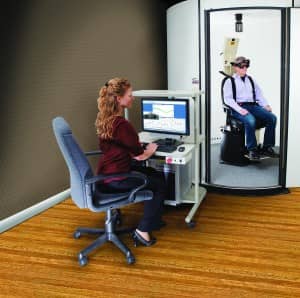 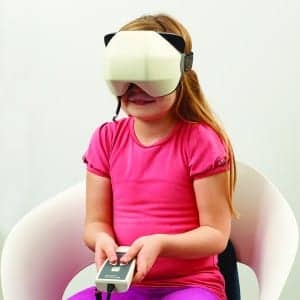 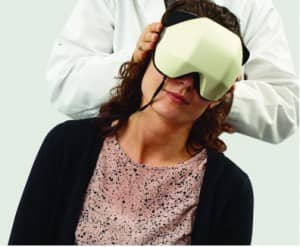 Recent advances in technology have allowed for a simpler and more portable clinical device for measuring SVV. The light occluding goggle has a built in accelerometer to measure head movements and a “candle- like” target to adjust for verticality. The patient simply moves the target inside the goggle using a handheld remote control. It’s so simple even young children can perform the task (Figure 3). An added feature of this method is one can test subjective verticality with the head tilted up to 45° left or right (Figure 4).

In all cases, the SVV is determined by measuring the deviation of the set angle of the target line from the tilt angle of the head. In a static test, the patient’s head is at zero of fixed degrees of head tilt. A person with a normal vestibular system should align the target very precisely with very little deviation from zero. When you tilt the head, the task is more challenging and a larger deviation occurs for head tilted versus head straight up.

A person with a healthy vestibular system will experience equal stimulation to both utricles when the head is straight up, and they will position the line very near zero. In the acute phase of vestibular disease, the healthy labyrinth correctly detects the stimulation but the diseased labyrinth will provide a deficit. The central nervous system most often interprets this discrepancy as a head tilt to the side of the healthy vestibule, and the patient would set the projected line to a corresponding degree towards the diseased labyrinth. 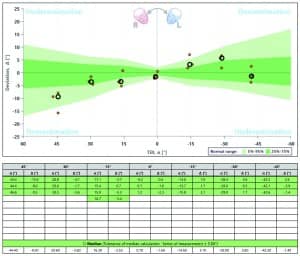 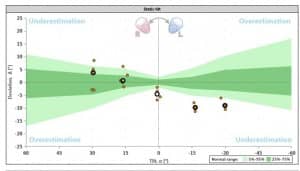 Figure 6. Ménière’s disease patient with affected left side showing a left vertical underestimation of the target.

In the Virtual SVV system, suggested threshold data is presented (Figure 5). The dark-green shaded areas represents the normal range between the 25th-75th percentiles, while the light green shaded area represents the normal range between the 5th and 95th percentiles. These ranges are based on data from a population of normal-testing subjects at the Vestibular Research Lab of the Charité Berlin, Campus Benjamin Franklin.

Most patients with a peripheral deficit show an underestimation during the tilt to the lesioned side and normal values in tilt positions to the healthy side. The SVV test is also sensitive to central vestibular abnormalities (Figures 7a-b). 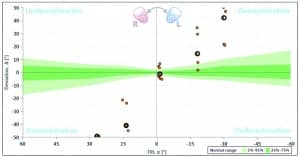 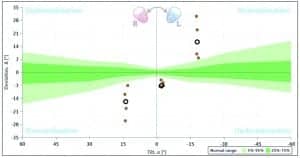 The vestibular practitioner has many tools available to test the individual and cumulative responses of the vestibular system. For example, vHIT4 and caloric tests are particularly well suited to test the integrity of the semi-circular canals (SCCs). Further, the cVEMP and the oVEMP are objective tests. The cVEMP is useful to determine the integrity of the saccule, and the oVEMP is useful with regard to determining utricular function. However, some people do not have oVEMP responses, and, in those cases, SVV may serve as a reasonable substitute or addendum to assess utricular function. Of note, SVV is relatively inexpensive, takes only a few minutes to complete, and is generally not unpleasant for the patient.

Measurements of SVV are useful in the clinical test battery to assist in the differentiation between central and peripheral vestibular disorders, and SVV can help identify potential abnormalities in the utricle and the pathways of the superior vestibular nerve. SVV can also be used to help monitor positive and negative changes in recovery and compensation during vestibular rehabilitation. Finally, despite the clinical efficacy of the SVV, we believe it should not be relied upon as a “stand-alone” test. Rather, the SVV is a “piece of the puzzle,” and it is best used in conjunction with other vestibular tests to help render a differential diagnosis. 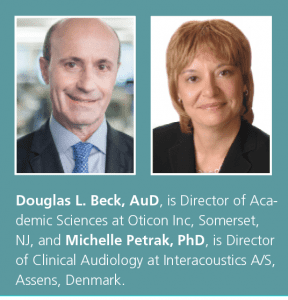