A new study of the educational needs of students who are native users of American Sign Language (ASL) shows glaring disparities in their treatment by the US Department of Education, the Linguistic Society of America announced. The article, “If you use ASL, should you study ESL? Limitations of a modality-b(i)ased policy,” by Elena Koulidobrova (Central Connecticut State University), Marlon Kunze (Gallaudet University), and Hannah Dostal (University of Connecticut), will be published in the June 2018 issue of the scholarly journal Language.

The US legal system offers various protections to children for whom English is an additional language, such as access to focused English instruction to facilitate mastery of the academic curriculum. However, these laws do not protect all multilingual students in the US. One population of bilingual students that has been systematically excluded from these protections are those whose native language is ASL. The authors’ research shows that ASL has long been considered a system of communication for people with hearing needs and viewed through the prism of disability as opposed to multilingualism. However, as decades of linguistic research have revealed, ASL is a language in its own right and independent from English; it is reportedly the primary language of the deaf community in the US, but there are also many members of the ASL community who are not deaf. Yet, the conflation between the lack of hearing and language drives the linguistic, as well as educational policy, of the US government.

Among the most serious ramifications of the exclusion of ASL users from the legal policies on multilingual education is that no data has ever been systematically collected on users of ASL who have no disabilities: we simply do not know with certainty how many typically developing children in the US school system have ASL as a native language. This article systematically demonstrates that there are different kinds of “ASL native” groups, and each is truly multilingual in all the ways which have by now become familiar as a result of previous linguistic research with individuals who speak other languages. Schools and educators understand the need to separate issues of language impairment from language development so that ASL users are able to receive appropriate linguistic support. The authors propose explicit programmatic curricular suggestions, but more importantly, they call for a change in policy that would dismantle the conflation between language and disability and, therefore, finally take the US closer to equity for children whose native language is a sign language.

Original Paper: Koulidobrova E, Kuntze M, Dostal H. If you use ASL, should you study ESL? Limitations of a modality-b(i)ased policy. Language. June 2018. Available at: https://www.linguisticsociety.org/sites/default/files/e2_94.2Koulidobrova.pdf 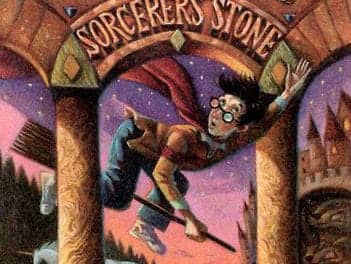