Ann Arbor, Mich — A new report from the University of Michigan C.S. Mott Children’s Hospital National Poll on Children’s Health shows that many parents don’t think their teens are at risk for noise-induced hearing loss (NIHL).

The poll asked parents of teens, ages 13-17, about noise-induced hearing loss in September 2011. Despite an apparent recent increase in hearing loss in teenagers, two-thirds of parents report that they have not talked to their teen about hearing loss. Among these parents, more than three-quarters believe their teens are not at risk.

"Teenagers are unaware of noise-induced hearing damage until it progresses to the point where it affects speech and communication," says Sarah Clark, MPH, associate director of the Child Health Evaluation and Research (CHEAR) Unit at the University of Michigan and associate director of the National Poll on Children’s Health. "At this point, they may have difficulties and frustration at school and in social situations."

Deepa L. Sekhar, MD, assistant professor of pediatrics at the Penn State College of Medicine, worked with the National Poll on Children’s Health on this study.

"Noise-induced hearing loss is not reversible, but it is preventable," Sekhar says. "There are simple steps that parents and teenagers can take toward hearing conservation."

Only 32% of parents know about volume-limiting devices. When informed, over half of parents of teens report they’d be willing to purchase volume-limiting headphones or earbuds, but only about a third think their teen would be likely to use them.

"These findings suggest that we have work to do in educating teens and parents about hearing conservation,” Sekhar says. “We encourage more parents to talk to their teens about hearing loss. In addition, doctors and other health professionals can play a role by introducing this topic routinely to parents and teens during preventive care visits."

The full PDF report is available here for download. 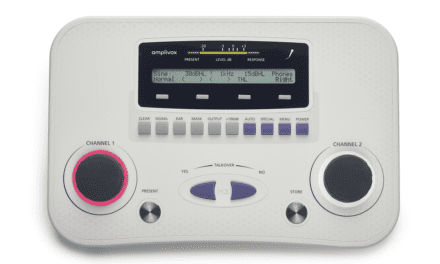