Designed to help millions of Americans age 50-plus who have hearing loss, the AARP Hearing Care program provided by HearUSA, West Palm Beach, Fla, is being launched in eight additional states as part of the nationwide rollout, whice began in October 2009.

The program was originally introduced on a limited test basis to all HearUSA company-owned hearing care centers and the company’s network of affiliated professional hearing care providers in Florida, New Jersey, New York, Massachusetts, Ohio, Michigan, Missouri, North Carolina, and Pennsylvania. After a successful pilot offering, the program’s expansion into  24 more states is due to be completed by the end of this year, according to the company.

It is anticipated that, by 2011, the HearUSA nationwide network of approximately 3,500 credentialed hearing care providers will be available to AARP members in all 50 states and the US territories. 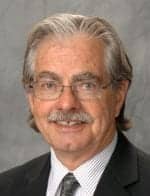