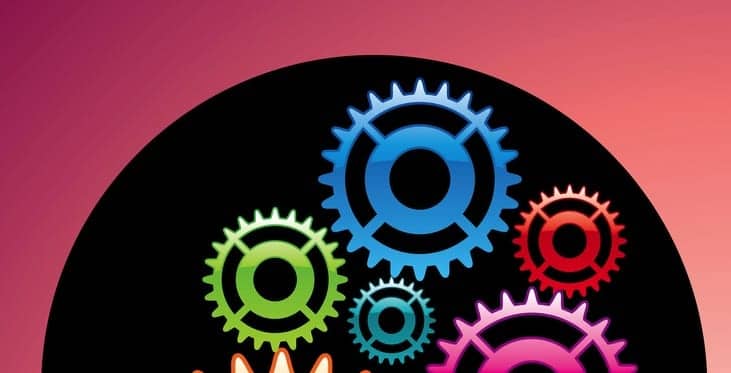 Researchers exploring the ways in which our brains respond to hearing loss have found that the brain reorganizes, which may be related to a link between age-related hearing loss and dementia. According to a presentation at the 169th Meeting of the Acoustical Society of America (ASA) being held May 18-22 in Pittsburgh, Pa, researchers from the University of Colorado suggest that the portion of the brain devoted to hearing can become reorganized—reassigned to other functions—even with early-stage hearing loss, and may play a role in cognitive decline.

According to a recent ASA announcement, Anu Sharma, PhD, a researcher in the Department of Speech Language and Hearing Science at University of Colorado, applied fundamental principles of neuroplasticity to determine how the brain adapts to hearing loss, as well as the consequences of those changes.

Sharma and colleagues in the Brain and Behavior Laboratory used electroencephalographic (EEG) recordings of adults and children with deafness and lesser hearing loss to gain insights into the ways their brains respond differently from those of people with normal hearing. 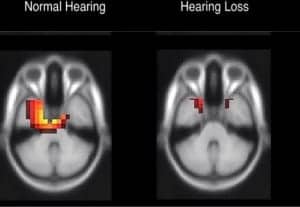 Sharma explained via the ASA announcement that EEG recordings involve placing multiple tiny sensors on the scalp, which allows researchers to measure brain activity in response to sound simulation. For her study, sound simulation, such as recorded speech syllables, was delivered via speakers to elicit a response in the form of “brain waves” that originate in the auditory cortex—the most important center for processing speech and language—and other areas of the brain.

Adults with mild age-related hearing loss (right) show brain reorganization in hearing portions of brain, which are recruited for processing visual patterns. This is not seen in age-matched adults with normal hearing (left).

“We can examine certain biomarkers of cortical functioning, which tell us how the hearing portion of a deaf person’s brain is functioning compared to a person with normal hearing,” Sharma said.

ASA reports that Sharma and other researchers have recently discovered that the areas of the brain responsible for processing vision or touch can recruit areas in which hearing is normally processed, but which receive little or no stimulation in deafness. This is called “cross-modal” cortical reorganization and reflects a fundamental property of the brain to compensate in response to its environment. 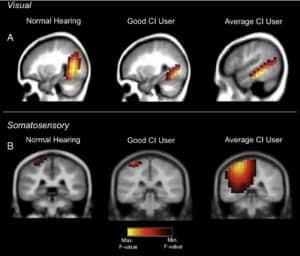 “We find that this kind of compensatory adaptation may significantly decrease the brain’s available resources for processing sound and can affect a deaf patient’s ability to effectively perceive speech with their cochlear implants,” said Sharma.

Sharma’s group has demonstrated that charting brain functioning in patients with cochlear implants is a valuable tool to help predict their outcomes. “If a deaf child shows cross-modal reorganization—by vision, for example—it allows us to determine the optimal rehabilitation strategy for that particular child,” she said.

Sharma and her research team also reportedly made the discovery that cross-modal recruitment of the hearing portion of the brain by the senses of vision and touch happens not only in deaf patients, but is also clearly apparent in adult patients with only a mild degree of hearing loss.

“The hearing areas of the brain shrink in age-related hearing loss,” said Sharma. “Centers of the brain that are typically used for higher-level decision-making are then activated in just hearing sounds. These compensatory changes increase the overall load on the brains of aging adults. Compensatory brain reorganization secondary to hearing loss may also be a factor in explaining recent reports in the literature that show age-related hearing loss is significantly correlated with dementia.”

According to Sharma, this finding has important clinical implications for developing early screening programs for hearing loss in adults. The study results also suggest that age-related hearing loss must be taken seriously, even in its earliest stages.

“One in three adults over the age of 60 has age-related hearing loss,” Sharma said. “Given that even small degrees of hearing loss can cause secondary changes in the brain, hearing screenings for adults and intervention in the form of hearing aids should be considered much earlier to protect against reorganization of the brain.”

ASA reports that Sharma and colleagues will continue to explore fundamental aspects of neuroplasticity in deafness that may help improve outcomes for children and adults with hearing loss and deafness.

“Our goal is to develop user-friendly EEG technologies, to allow clinicians to easily ‘image’ the brains of individual patients with hearing loss to determine whether and to what degree their brains have become reorganized,” she said. “In this way, the blueprint of brain reorganization can guide clinical intervention for patients with hearing loss.”

The abstract for presentation #2aPP5, “Neuroplasticity in deafness: Evidence from studies of patients with cochlear implants” by Anu Sharma can be found by searching for the presentation number on the ASA Meeting’s abstract website.

According to an ASA announcement, the 169th Meeting of the Acoustical Society of America (ASA), held May 18-22, 2015 at the Wyndham Grand Pittsburgh Downtown Hotel, features nearly 1,000 presentations on sound and its applications in physics, engineering, music, architecture, and medicine 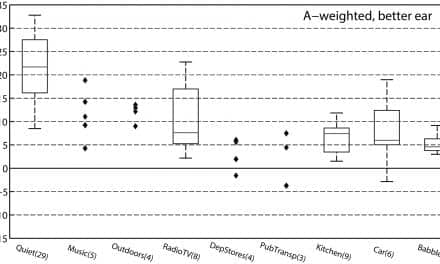