A review of clinical studies from three leading hearing aid research centers show a consistent trend for the Signia primax features to significantly reduce listening effort. Moreover, research from one site revealed that speech recognition performance for hearing-impaired listeners (pure-tone average 35-60 dB) using the primax Narrow Directionality algorithm was equal to that of normal-hearing individuals for the same speech-in-noise task.

In early 2016, Signia launched the new primax platform. As with all new Signia hearing aid technology, the features and algorithms of the product were designed to provide excellent sound quality, appropriate loudness, listening comfort, and to optimize speech understanding, particularly in background noise.

Regarding understanding in background noise, the binaural beamforming strategy of the binax product, which can provide Narrow Directionality, was carried over to the primax (see Kamkar-Parsi1 for a review of this processing). Research with this technology at two independent research sites has shown that it provides a 5 dB signal-to-noise (SNR) advantage (~8-12% improvement/dB) over Signia TruEar (omnidirectional with pinna compensation), and when hearing-impaired individuals are fitted with these instruments, speech recognition significantly exceeds that of individuals with normal hearing.2,3 Further study of this beamforming technology at Vanderbilt University revealed that the large SNR benefit observed in the mini-BTE RIC style also was present with small custom products, and with individuals with severe hearing impairments.4,5

When developing the primax platform, we wanted to build on the strengths of this well-established beamforming algorithm. However, we also wished to examine other factors that increase benefit and satisfaction with hearing aids, such as the reduction of listening effort.

In general, we can think of listening effort during speech tasks as the amount of cognitive resources that are being allocated to process and understand speech. As the task becomes more effortful, more resources are needed. It’s possible that these are resources which could (or should) be used for other tasks. Greater effort over extended time— a day struggling to understand speech in background noise—can lead to listening fatigue. Therefore, the goal of hearing aid amplification is not only to optimize speech understanding, but to do so in a manner that minimizes patient effort.

Initial research in this area with the primax product were encouraging. For example, Littmann et al6 and Herbig and Froehlich7 reported that several features of primax provided reduced listening effort when activated. The greatest reduction in effort was observed for the binaural beamforming Narrow Directionality. However, the new primax reverberation-reduction algorithm, referred to as EchoShield, also showed a significant effect.

EchoShield operates on the level difference between the direct sound and the reflected sounds, the latter of which is softer. Reverberation is typically only noticeable in quieter situations that are classified by the hearing aid as “speech in quiet,” because if a reverberant room is not quiet, the reverberation is masked by noise. Therefore, directional microphones are typically not automatically activated in situations where reverberation is noticeable. EchoShield, however, utilizes a combination of different signal processing schemes, including the use of directional characteristics to differentiate speech coming from the front while reducing the reverberations coming from other azimuths.

The research reported by Littmann et al6 and Herbig and Froehlich7 used two different measures of listening effort. The first was the traditional subjective measure by the participant, rating effort on a 13 point scale with 7 anchors, ranging from “no effort” to “extreme effort.” The second method for assessing listening effort was objective, based on the electroencephalogram (EEG) recordings of the electrical events produced by the brain during a speech recognition task; the EEG sample was extracted to precisely coincide with the given task. To obtain a measure of how much attention the listener invests to solve a given task, the angular entropy (phase distribution) of the EEG is examined. For a non-effortful listening environment, the phase is more uniformly distributed on the unit circle than for a demanding condition, where there is a specific focus and the phase is more clustered. For meaningful interpretation of the EEG activity, mathematical calculations of phase vector were conducted (the Rayleigh Test), which then resulted in scaled values of the objective results from 0.0 (no effort) to 1.0 (extreme effort). (For more information regarding the use of this EEG procedure to assess listening effort see Shafer et al.8)

Since these early research efforts, the impact that the features of the Signia primax hearing aid have on listening effort has been studied at three leading international research sites, using the behavioral and EEG objective assessment tools just described:

The number of participants, speech material used, the SNRs applied to establish baseline, and the primax features examined varied somewhat from site to site, but all sites used the same hearing instruments, objective EEG analysis, and subjective self-assessment judgments of effort. In this paper, we present a review of the preliminary findings from the three different sites.

Figures 1a-b. [Click on images to enlarge.] Impact of Narrow Directionality on listening effort for: 1a) the objective EEG (mean scaled values), and 1b) the behavioral self-rating of effort (right panel; mean scaled values).  Results from Site 1 and Site 3.

As discussed, a feature of primax is Narrow Directionality, achieved through binaural beamforming. This feature was assessed at both Site 1 and Site 3, and a summary of their findings is shown in Figure 1. The results from Site 1 did not show a significant effect for the objective measure, but a significant improvement was noted for the behavioral effort ratings, with effort going from “moderate” to “little effort” (Figure 1a, 37% reduction in listening effort). The results from Site 3 are very similar to that reported by Littmann et al.6 Note that, for the objective measure, a large improvement (60%, p=.04) is observed, with similar benefit noted for the self-ratings (Figure 1b) which showed an average “little effort” rating when the Narrow Directionality algorithm was activated—a 40% improvement in listening effort (p=.05).

As described earlier in this article, EchoShield is a new primax algorithm designed to reduce reverberation. In theory, reduced reverberation should improve speech intelligibility and perhaps also reduce listening effort. The latter was shown to be true in the research of Littmann et al6 who showed a significant 25-30% reduction in listening effort when using the objective EEG assessment.

In our present data collection, the EchoShield was evaluated at both Site 1 and Site 2. The objective data and subjective ratings are shown in Figure 2. It appears that the speech recognition task was more difficult for the participants at Site 2, as individuals at this Site reported exerting more effort when attempting to understand speech, perhaps due to the degree of reverberation of the test environment. Our interest, however, lies in the relative differences (EchoShield “On” versus “Off”) which is very similar between sites, independent of the listening effort starting points. Note that for the objective measure (Figure 2a), there is a similar improvement when EchoShield was activated (Site 1=25%; Site 2=20%). Similarly, the subjective ratings shown in Figure 2b reveal the same trend in benefit (Site 1=10%; Site 2=13%). Speech recognition also was assessed at both sites, showing an 11% improvement with the feature activated for Site 2. The speech recognition improvement was only 5% at Site 1; however, some participants experienced a ceiling effect for the Connected Sentence Test (CST) material with the EchoShield activated, which may have obscured true benefit.

Figure 3a-b. Results for the comparison of listening effort for the hearing impaired  versus the normal (or near-normal) hearing participants.  Mean findings shown for the objective EEG (left panel, 3a) and the subjective self-ratings (right panel, 3b).

This was studied with Signia primax at both Site 1 and Site 3. The aided listeners had the Narrow Directionality algorithm activated. The same fixed SNR was used for both groups; a pre-determined level that was found to result in performance of around 80% for the normal-hearing participants. Figure 3a shows that, for the objective listening effort measure, the results are very similar for the two sites, and there is no significant difference between the two groups of listeners.

A slightly different pattern is present for the patient’s subjective self-ratings of effort (Figure 3b). Data from Site 3 show mean ratings for both groups to be essentially identical, consistent with the objective findings. For Site 1, it appears that the hearing-impaired group rated the task as requiring slightly more effort than the normal-hearing group, although this finding was not significant (p>.05). In general, we can conclude that, when aided with Signia primax using the Narrow Directionality feature, listening effort for hearing-impaired individuals will be essentially the same as for individuals with normal or near-normal hearing for the same speech-in-noise task.

As noted, the primary focus of the research at the different research sites was listening effort, but in some cases speech recognition in background noise also was assessed. For example, Dillon and colleagues9,10 recently reported the findings for Site 3, where speech recognition was assessed for hearing-impaired participants with the Signia primax Narrow Directionality activated, and these results were compared to the performance of age-matched individuals with close-to-normal hearing. Testing was conducted at an SNR of -3.5 dB, and the results showed that, for the hearing-impaired individuals whose four-frequency PTA was 60 dB or better, aided speech recognition performance was equal to that of the normal-hearing participants (mean = 84% versus 81% for normal hearing).

Putting It All Together

In our opinion, the EEG approach is the only method reflecting the direct response of the central nervous system, while other approaches (eg, pupilometry) are an indirect measure of the autonomous nervous system, and consequently measurement conditions are difficult to control. For example, with pupilometry, general arousal completely independent of listening effort would also influence the pupil dilation.

In total, we would conclude that the person in Case #2 is working harder, and still not performing quite as well as the person in Case #1 for the same listening task. In both cases, however, we see that Narrow Directionality either improves speech recognition, or reduces listening effort, or both.

In recent years, research with new hearing aid technology has examined several factors associated with speech recognition. Associated listening effort is one factor that has garnered significant attention, and it has been the focus of clinical studies with the new Signia primax.

The findings have been encouraging. In this paper, we reviewed clinical studies from three leading hearing aid research centers, and show a consistent trend showing the primax features to significantly reduce listening effort. Moreover, research from one site revealed that speech recognition performance for hearing-impaired listeners (pure-tone average 35-60 dB) using the primax Narrow Directionality algorithm was equal to that of normal-hearing individuals for the same speech-in-noise task. Overall, the cumulative findings show the desired primax design goal of optimizing speech understanding while simultaneously reducing listening effort.

CORRESPONDENCE can be addressed to HR or Dr Powers at: [email protected]

About the authors: Veronika Littmann, PhD, is Team Leader of R&D Audiology Systems Development at Sivantos GmbH, in Erlangen, Germany; Yu-Hsiang Wu, PhD, is an Assistant Professor in the Department of Communication Sciences and Disorders at the University of Iowa in Iowa City; Matthias Froehlich, PhD, is head of Audiology Marketing at Sivantos GmbH; and Thomas Powers, PhD, is Chief Audiologist Consultant at Signia (formerly Siemens), Piscataway, NJ. 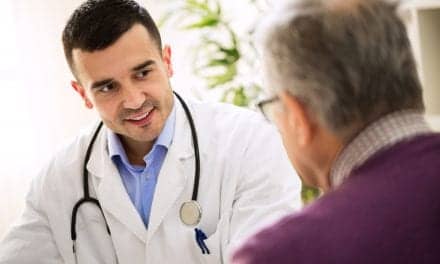