A Second to Marshall’s Comments

I read Marshall Chasin’s article in the January 2014 Hearing Review (“A Hearing Aid Solution for Music”) with interest. For 20 years, I have occasionally made listening-test recordings of new hearing aids as they came out.

In 2003, formal A-B comparisons were made from KEMAR recordings of one analog and six new digital hearing aids (one from each major manufacturer), using a live string quartet from the Chicago Symphony Orchestra and a live jazz trio. None of the aids were rated by either normal-hearing or hearing-impaired subjects as being as good as the best analog hearing aid of that era. One digital aid— advertised as CD-quality—sounded so bad on music that one of the hearing-impaired judges literally jumped up and said “I wouldn’t pay anything for something that sounded like that!”

Again in 2008 and 2011, listening test recordings were performed with a simplified (and much less expensive) method, wherein I played piano, violin, and trumpet, while sitting or standing behind KEMAR as if KEMAR had been playing. As before, all aids had been programmed by the factory for a 40-dB flat loss. After verifying that both left and right ear recordings sounded essentially similar, the A-B comparison recordings were made with the left ear open and the right ear aided. None met minimum standards for high fidelity music reproduction. In one case, two aids from one manufacturer sounded so bad that we made formal listening-test fidelity ratings using 12 normal-hearing subjects as judges. Their average fidelity ratings of 30-40% put them somewhere between the sound of a 1500 Hz high-pass filter and a 3500 Hz low-pass filter added experimentally to the KEMAR open-ear reference recordings as “anchors” to the listening tests. Although live classical and jazz music often has instantaneous peaks of 105-115 dB SPL, all aids tested had an overload of little over 90 dB SPL, above which raucous distortion sets in, and had a low-fidelity bandwidth of 5-7 kHz. Some also had highly objectionable “digital grunge,” presumably a result of multi-channel compression jerking the levels around in each channel in an un-musical choreography.

A few months ago, I was pleased to find a digital hearing aid from one of the major manufacturers which passed all informal listening tests with ease. Although I have normally refrained from commenting about a specific manufacturer, Marshall Chasin has broken the ice and described his evaluation of that same hearing aid, the Widex Dream, in some detail. A former Etymotic executive has reported similar pleasure with that new aid. I am pleased that hearing-impaired consumers again have a chance to experience music as it was intended.

The only previous digital aid that passed all formal listening tests was the 16-kHz bandwidth [Etymotic Research] Digi-K, which has a 115 dB instantaneous peak input overload and uses software that allows digital flattening of the response peaks followed by reinserting the appropriate CORFIG response, a process which takes only 45 seconds after placing the aid in a test box. None of the major hearing aid manufacturers were interested when it was offered in 2002, perhaps because it required a special 16-kHz test system. Digi-K circuitry has, however, been available since that time from General Hearing Instruments (New Orleans). The Digi-K received the highest fidelity rating of any of the digital hearing aids (even higher than the K-AMP analog aid) tested in 2003. Based on my informal listening tests, I suspect the Dream would have received similar ratings had it been available in 2003. 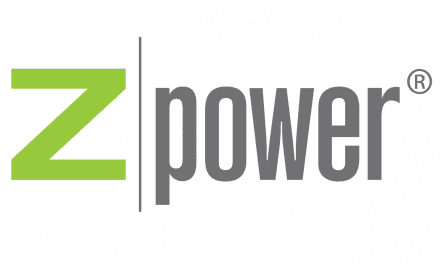