Toxic secretions from even small intracranial tumors can damage the inner ear, according to researchers at Massachusetts Eye and Ear, where they have discovered a new mechanism of vestibular schwannoma, or acoustic neuroma, that causes hearing loss.

A new study from Massachusetts Eye and Ear has shown that in some cases of vestibular schwannoma, a tumor often associated with a genetic disease called neurofibromatosis type 2 (NF2), secretions from the tumor contain toxic molecules that can cause damage to the inner ear. The study findings, which are outlined in an article in the December 22, 2015 edition of Scientific Reports, explain why some vestibular schwannomas cause hearing loss even when they are not large enough to compress nearby structures that control hearing. 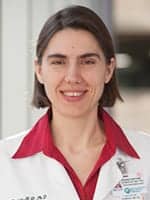 “What’s written in textbooks is that these tumors cause hearing loss by growing to the point of compressing the auditory nerve,” said senior author Konstantina M. Stankovic, MD, PhD, an otologic surgeon and researcher at Massachusetts Eye and Ear. “We knew that it couldn’t be as simple as that, because there are large tumors that do not cause hearing loss and little ones that do.”

Stankovic and co-authors report that they identified TNFa, a toxic compound that has been implicated in other forms of hearing loss, as a causative toxic molecule in the secretions from human vestibular schwannomas. When the research team applied TNFa secretions directly to a mouse cochlea, they found that the degree of cellular damage correlated to the severity of hearing loss in humans.

Hearing loss is often the first sign of a vestibular schwannoma, which grows from the Schwann cells of the vestibular (balance) nerve in the inner ear. This is the fourth most common type of intracranial tumor.

Vestibular schwannoma is a hallmark of NF2, which is characterized by tumors that grow throughout the nervous system, but the tumors typically occur sporadically.

Although they are often non-malignant, vestibular schwannomas that grow larger can damage nearby structures and sometimes lead to death by compressing the brainstem. More often, the tumors compress nerves in the internal auditory canal, causing vestibular dysfunction (balance problems), facial nerve paralysis, and sensorineural hearing loss. The new study findings reveal a second way beyond size and associated compression in which these tumors can cause sensorineural hearing loss.

The researchers report that, currently, patients with symptomatic or growing vestibular schwannomas can undergo surgery or radiotherapy, though both procedures can result in serious complications. The authors are hopeful that new therapies may be developed for mitigating damage from these tumors, because there are known ways to inhibit the body’s production of TNFa.

“Because these are histologically non-malignant tumors, they do not need to be removed or irradiated as long as they are not growing. However, hearing can continue to decline even in patients with non-growing tumors,” said Dr Stankovic in a recent announcement. “Our findings suggest that there may be a pharmacologic way to maintain hearing in some patients with vestibular schwannoma.”