In honor of the recent passing of Dr William House, who implanted the first pediatric cochlear implant into a child named Casey in 1980, HR shares the following video from the House Research Institute.

In the video below, we learn about Casey’s adult life, and how he is functioning years later as a college student.

(The video was produced in 2003 by the House Research Institute, so Casey is much older today.)

Below is a portion of the official obituary from Dr House’s House Research Institute.

“William House was considered the father of Neurotology because of his pioneering development approaches for the removal of acoustic tumors and the management of patients with disabling vertigo,” said William House’s nephew, John House, MD, who is a House Clinic physician and House
Research Institute president.

He is also credited with the development of cochlear implants. He persevered despite resistance by established medicine. They said it could not be done and he should not continue this work. Millions of deaf children and adults are now hearing because of his pioneering work,” continued John House, MD.

House obtained his bachelor’s and doctorate of dental surgery from the University of California, Berkeley and his medical degree from the University of Southern California’s School of Medicine in Los Angeles. Board certified in otolaryngology, he dealt with problems of hearing loss and is noted by the American Academy of Otolaryngology to have developed more new concepts in otology than almost any other single person in history. He received many awards in his lifetime, including the Physician
of the Year award in 1985 by the President’s Committee on Employment of the Handicapped.

House started his career as a healthcare professional in 1941 when he entered dental school, during which time he met and married June Stendahl, who was a nursing student. He then became a dental officer in the United States Navy, but left the military for medical school.

Following a residency in otolaryngology at the Los Angeles County Hospital, William House joined his brother, Howard House, MD, at Howard’s otology practice.  In addition to the otology medical practice,
Howard House had founded the Los Angeles Foundation of Otology, a non-profit research institution which later became known as the House Ear Institute and is now called House Research Institute, to reflect its expanding research.

William House was able to use the resources of the institute for research on a wide variety of inner ear problems and later became president at the institute. He is widely credited with introducing the use of the operating microscope to neurosurgery, performing a large number of microsurgical ear operations and using the microscope for removal of tumors on the hearing nerve. He developed procedures for surgical treatment of chronically infected ears and cholesteatoma removal, the first surgical treatment for the debilitating vertigo of Meniere’s Disease (which allowed the astronaut Alan Shepard back into space to fly to the moon), and several of the basic surgical approaches for removal of tumors on the auditory nerve, including an approach to try to save hearing while still removing the tumor.

But perhaps his greatest achievement was development of the cochlear implant to restore hearing to the profoundly deaf. Extremely controversial when he started his clinical research, first with adults and later with children, his persistence in pursuing this attempt to provide hearing to his deaf patients resulted in the FDA announcing in November 1984, on national television, a pre-market approval for the
3M/House Cochlear Implant as the first medical device to restore a human sense. He continued to work to make a low-cost, simple cochlear implant available, especially for developing countries where the currently commercially available devices are too expensive and the equipment and expertise required to set and adjust the devices is beyond the reach of the general population in those countries.

House’s recent memoir, The Struggles of a Medical Innovator: Cochlear Implants and Other Ear Surgeries, details his struggles and triumphs.

He is survived by his daughter Karen House and son David House, as well as grandchildren and great grandchildren. 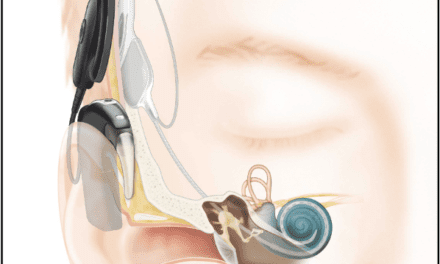