Indianapolis — A new study from researchers at Indiana University School of Medicine shows that children receiving cochlear implants don’t automatically know how to listen when people speak to them, although they do physically hear the sounds.

Houston explained, “When infants are born deaf, their development is shaped by a silent world. They learn to tune into the sights, smells, and touches that are relevant to them in their environment, but not the sounds. When they receive a cochlear implant, their world changes and is filled with sounds. But for these infants who have already begun to adapt to their silent environment, sounds may not, at least at first, be perceived as relevant to them.”

In other words, they may hear the sounds around them, but not have any motivation to focus on them, which slows their ability to learn speech and can be traced for years through word recognition testing.

Children with cochlear implants and normal-hearing children were tested in a sound-proof lab at Riley Hospital for Children at IU Health.

"It has been well-established that infants will look longer at a simple display, [such as a] checkerboard pattern, when hearing something they are interested in," Houston said. “I measured their ‘looking time’ at the pattern when it was paired with a repeating speech sound, and compared that to the looking time at the same pattern with no sound."

Children with cochlear implants spent less time looking at the checkerboard pattern than children who could hear from birth. Furthermore, 2 years after implantation, children who were less attentive to speech early on performed more poorly on a word recognition task.

An abstract of his research is available on the Acoustical Society of America Web site. 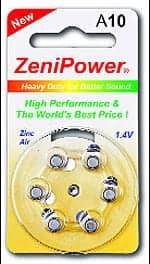 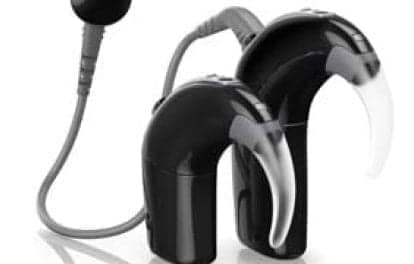 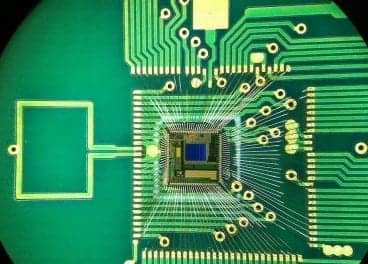