Sonova Reports First Half Results for 2016/17

Hearing solutions provider Sonova Holding AG, Stäfa, Switzerland, has announced its results for the first half of fiscal year 2016/17. According to Sonova, its consolidated sales increased by 5.5% in local currencies or 6.7% in reported Swiss francs to CHF 1,070 million.

The Sonova Group reports it achieved a solid performance, with sales lifted by both the hearing instruments and cochlear implants segment. Normalized for one-time costs Group EBITA reached CHF 205.9 million, representing an increase of 2.7% in local currencies and 5.2% in Swiss francs. Maintaining the outlook provided at the start of fiscal year 2016/17 but now including the positive impact from the acquisition of AudioNova, the company expects Sonova Group sales to grow by 14%-16% in local currencies in 2016/17. Before one-time costs related to the acquisition of AudioNova, Sonova expects a corresponding increase in the EBITA of 8%-12% in local currencies.

Highlights from Sonova’s report of its first half result from 2016/17 include: 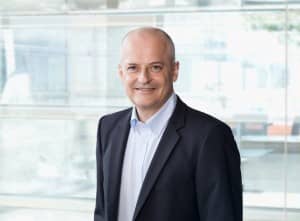 “During the first half [of the year], we have successfully implemented a number of important steps in our transformation towards a fully integrated business model,” said Lukas Braunschweiler, CEO of Sonova. “With the acquisition of AudioNova, we have significantly expanded our retail footprint. At the same time, we have introduced a number of unique and innovative hearing solutions across all our product brands, which have been very well received by our customers and led to a marked pick-up of sales towards the end of the first half. Combined with our attractive product pipeline, I am convinced that we have hereby laid a strong foundation for the continued success of the Group, putting us firmly on track to achieve sustainable sales and earnings growth.”

According to the report, year-on-year, Group sales increased by 5.5% in local currencies during the first six months of fiscal year 2016/17. Organic growth was 2.0% whereas growth from acquisitions made in the reporting period and the annualization of prior year acquisitions accounted for 4.5%. AudioNova was included for one month as the acquisition was completed in the first half of September 2016. Prior year business disposals reduced growth by 1.0%. A favorable currency environment had a positive effect on reported sales of CHF 11.4 million or 1.2%, resulting in Group sales of CHF 1,069.9 million, which represents an increase of 6.7% in reported Swiss francs.

EMEA (Europe, Middle East and Africa), the Group’s largest region, showed a strong sales increase of 12.2% in local currencies. The share of Group sales increased slightly from 42% in the first 6 months of fiscal year 2015/16 to 44% in the period under review. In the hearing instruments segment, growth was driven by the AudioNova acquisition and by solid organic increases. Major European markets including the UK, the Nordics, France and Italy showed good progress, while the development in Germany was affected by the expected negative impact from wholesale customer reactions following the announcement of the AudioNova acquisition.

Sales in the United States were unchanged in local currency versus the prior year period. The Phonak brand showed a solid progression and the cochlear implants business achieved very satisfactory growth, in both cases backed by the launch of industry first solutions. This was compensated by a decline at Unitron and a streamlining of the retail network. The market share with the Department of Veterans Affairs (VA) showed a consistent positive trend in recent months. The region accounted for 36% of Group sales in the first six months of fiscal year 2016/17, down from 37% in the prior year period. The rest of the Americas (excluding the US) posted a sales increase of 3.1% in local currencies, reflecting a good progression of the Phonak brand and the cochlear implants business, partly offset by a targeted reduction of low margin government business in Brazil.

The Asia/Pacific region posted a sales increase of 1.6% in local currencies. While Australia showed significant growth, China had lower sales ahead of new product introductions in October. Furthermore, India went through a temporary decline caused by a re-alignment program to focus on higher margin business.

Sonova reports increased sales and marketing costs overall, but within a stable margin. Gross profit reached CHF 723.8 million, an increase of 8.2% in local currencies and of 9.5% in Swiss francs. The gross profit margin was at 67.6%, which is at prior year level if adjusted for non-hedged currency losses on working capital of CHF 7.4 million and a CHF 8.6 million provision for higher processor returns in the cochlear implants business in the first half of fiscal year 2015/16.

Sonova Group expects sales growth to pick up in the second half, supported by the positive market response to the Group’s recently introduced products. Maintaining the outlook provided at the start of fiscal year 2016/17, but now including the positive impact from the acquisition of AudioNova, Group sales are expected to grow by 14%-16% in local currencies in 2016/17. Before one-time costs related to the acquisition of AudioNova, we expect a corresponding increase in the EBITA of 8%-12% in local currencies. 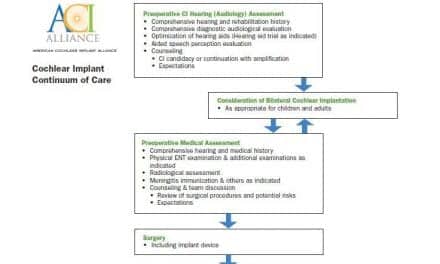 Getting the Most Out of Your Convention Experience