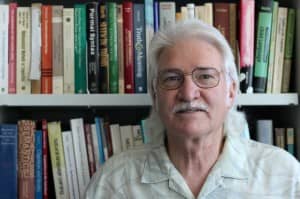 New research into understanding how the brain adapts and improves its hearing abilities through the use of hearing technologies could play an important role in the future management of dementia.

The use of devices such as hearing aids and cochlear implants to delay and/or reverse cognitive decline in conditions such as dementia is one of the topics being discussed at this week’s XXXII World Congress of Audiology’s Roundtable on Central Auditory Plasticity, according to a press release from the Congress.

Roundtable speaker Stephen Crain, PhD, Macquarie University, Australia, describes central auditory plasticity as the adaptability of the brain’s cerebral cortex to process sound more effectively in response to new stimuli. “We now know the brain has a remarkable ability to regrow and adapt itself to process new kinds of information and relearn tasks,” explains Crain in the press release, “especially in early childhood, but across the lifespan.”

“Some of the best evidence for this comes from a brain imaging technique known as magnetoencephalography (MEG), which measures tiny magnetic fields that are activated throughout our brains whenever we process information,” says Crain. “Through MEG, researchers have been able to gain a better understanding of which areas of our brains are used to process certain kinds of information, including language. An example of one of the biggest discoveries made using brain imaging was learning that blind subjects process auditory information in both the brain’s visual and auditory cortex.”

The peak of brain’s central auditory plasticity occurs in children between the ages of 2 and 4. It’s before this critical time that infants with hearing loss benefit most from being fitted with a hearing device so that the regions of the brain that processes sound information and language can develop most optimally. “Studies clearly show that children with hearing loss fitted with hearing devices at a young age achieve better language skills as compared to unfitted children with hearing loss and even children who are fitted later with these devices,” Crain says. “Although the brain has its greatest plasticity in very young children, it continues to have remarkable adaptive abilities at all ages. Our research at the ARC Centre of Excellence in Cognition and its Disorders in conjunction with the HEARing Cooperative Research Centre is using MEG to better understand how both child and adult brains process and adapt to the sound information received from cochlear implants and hearing aids.”

Preliminary research supports the notion that adults with hearing aids develop new neural pathways in the brain to more fully utilize the information created by these devices. To some extent this conclusion is supported by anecdotal evidence that many adults who are initially unhappy with their hearing devices suddenly report dramatic improvement a month or so later, according to the press release.

“We don’t know yet exactly what is happening in the brains of these adults, but their observations suggest that perceptual processing changes are taking place in the brain as it adjusts to the information provided by hearing devices,” Crain explains.

“It’s early days but as the degree of hearing loss is highly correlated with the risk of dementia it seems highly likely that intervention with a hearing device to restore hearing in adulthood could assist in delaying the onset of dementia.”