“Due to concerns about the effects of general anesthesia, many elderly people with hearing loss are not receiving the implants which can significantly improve their hearing and quality of life,” says Anil Lalwani, MD, Mendik Foundation professor of otolaryngology and chairman of the Department of Otolaryngology at NYU School of Medicine and a study co-author.  “The elderly are often incorrectly considered too fragile for this life-transforming technology that can deliver them from a world of silence and loneliness to a world of hearing and engagement." The new study is published in the February issue of the journal The Laryngoscope.

The National Institute on Aging estimates that about one-third of Americans between ages 65 and 74 have hearing difficulty—and that number increases to 50%  in people 85 and older.  In about 10% of the elderly, the impairment is so severe that conventional hearing aids provide little benefit. The inability to communicate interferes greatly with daily living and can lead to cognitive impairment, personality changes, depression, reduced functional status, and social isolation.

The researchers conducted a retrospective chart review of 70 patients who were older than 70 who received cochlear implants under general anesthesia at NYU Langone Medical Center between 1984 and 2007. The patients were divided into risk groups and intraoperative and postoperative anesthesia-related complications were identified. Most patients tolerated the procedure and there was no long-term morbidity or mortality related to the surgery or anesthesia.

The researchers concluded that general anesthesia is well tolerated by elderly patients undergoing cochlear implantation. Any pre-existing medical condition is a better predictor of intraoperative and postoperative complication than age alone, they observed. “As seniors embrace a healthy and active lifestyle, it is important that age alone should not deter a person from having surgery that could potentially improve their quality of life,” says Jung T. Kim, MD, vice chairman of the Department of Anesthesiology at NYU School of Medicine and a study co-author. 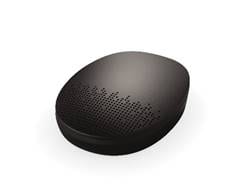