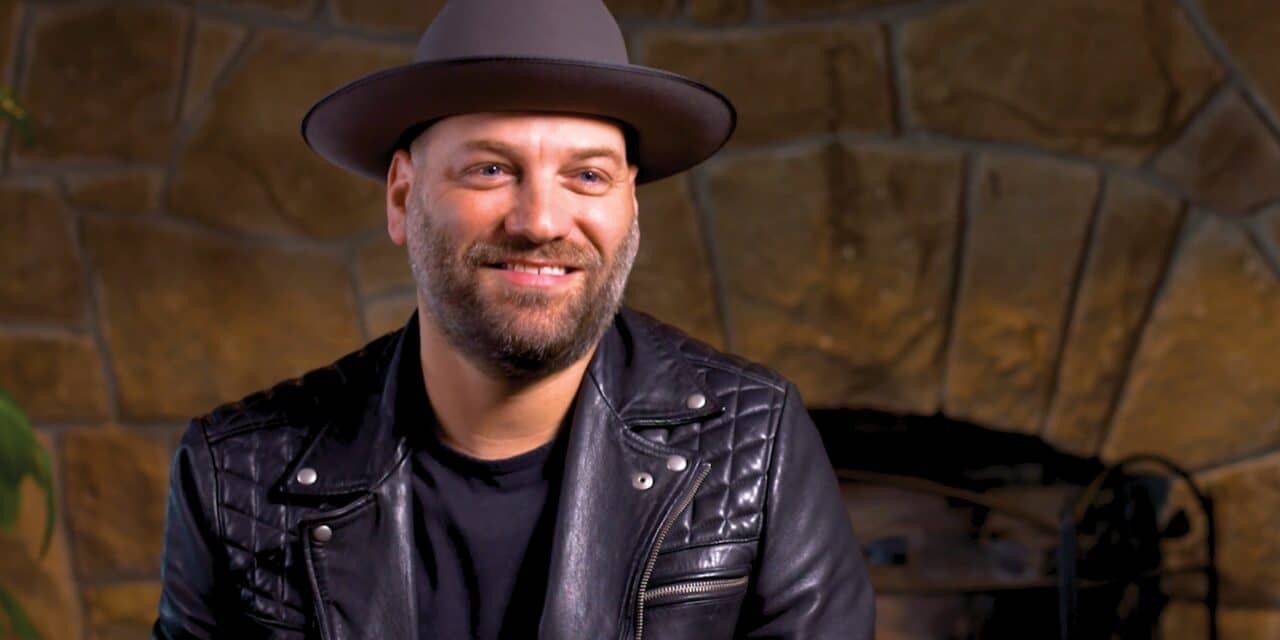 Singer, songwriter, and musician Scott Simons is best known as the voice behind the theme song for the children’s television series Paw Patrol. But he also plays a critical role on the popular competition show America’s Got Talent. As a member of the production team, in addition to arranging and producing, Simons collaborates with contestants to put on a great performance. That includes helping overcome any nerves they may experience, Widex announced.

“They’re in Hollywood—many for the first time—and our job is to get them through the intimidation of the moment and help them be creative,” Simons explains. “Sometimes they’re shy or afraid to speak up, but we keep pushing through.”

Simons suffers from gradual, genetic hearing loss. Both his mother and maternal grandfather went through the same progression. When he was a child, teachers wondered if Scott either couldn’t hear or was ignoring them. At the time, he says now, he didn’t feel like the hearing loss was affecting him much. Growing up, he knew two things: he was going to be a musician, and he didn’t want hearing aids. But by the time he went to college, one of the two had to change.

“With hearing loss, there’s this emotional baggage that builds up over a lifetime of people making jokes or asking if I can hear them,” he says. “You start to withdraw from social interaction for fear of embarrassment. It’s exhausting.”

And he admits to another fear: a stigma associated with wearing hearing aids. “Only older people have hearing aids,” he thought at the time.

When he headed to West Virginia University, where Simons earned his degree in music theory and composition and participated in just about every band or ensemble the school offered, he could only bring himself to wearing one hearing aid, even though he knew his hearing loss was in both ears.

“It was just vanity,” he says. “But when I eventually started wearing two hearing aids—and ultimately landed on the hearing aids I wear today—it was like my personality could really come out. You’re reacting to people in real time, having real conversations. You’re not yourself if you can’t fully engage with everything going on around you.”

The Moment of Truth—and Change

Years ago, Simons found a brand of hearing aids he was comfortable with, even though the relationship didn’t last.

“I’m someone who sticks with whatever works. I really don’t want to shop around,” he says. “I’ve driven three versions of a Honda Fit in my life. I just go back to the dealer and tell them, ‘I want a Honda Fit in black and don’t sell me anything else.’”

So Simons wasn’t planning to be bowled over by his new Widex MOMENT hearing aids, even though he knew he’d wrung all the performance he could out of his old devices. Having moved to Los Angeles to pursue his music career, Simons sometimes found it difficult communicating to hearing care professionals exactly what he was missing and what he wanted from his hearing aids. He wanted discreet, in-the-canal hearing aids, but he also wanted a fuller, more natural hearing experience.

When he visited Musicians Hearing Solutions in Beverly Hills for the first time, he intended to get the latest and greatest version of his seven-year-old hearing aids. But after learning about his lifestyle and his desired features, audiologist Dr Julie Glick suggested he try Widex MOMENT hearing aids, too. Reluctantly, he agreed.

“I’ve been practicing audiology for 25 years and work only with the industry’s top-of-the-line manufacturers. This allows me to choose which company will deliver the best results based on each patient’s unique hearing needs,” said Glick. “Scott needed his new hearing instruments to improve sound quality both professionally, as a musician, and personally in his everyday life. Based on this, I insisted that he try Widex MOMENT – despite his initial reluctance.”

Widex MOMENT hearing aids include patented PureSound technology to help overcome artificial noise that results when direct and amplified sound arrive at the eardrum out of sync. Through PureSound’s ZeroDelay processing, which is “ideal for people with mild-to-moderate hearing loss, Widex MOMENT hearing aids deliver the fastest sound processing in the industry. ”At just 0.5 milliseconds, it helps “eliminate distortion and other common artifacts to create a more natural sounding hearing aid,” according to the company’s announcement.

Glick said, “The natural, smooth, and clear sound that only Widex MOMENT can deliver makes all the difference in the world – especially for musicians and others who have an appreciation for sound quality. I’m glad Scott trusted me with this recommendation and experienced for himself the upgrade Widex MOMENT delivers.”

Simons took home a pair of MOMENTS to compare with the latest version of his old brand, also provided by Glick as part of a trial. One night, while wearing the old brand and watching sports at a local restaurant, he noticed he was having trouble separating the sound of the TVs from that of the conversations around him. He swapped to the Widex MOMENT pair for comparison and everything changed.

“Literally 30 seconds later, I could hear the TV clearly. I could hear what was going on,” Simons says. “The difference was remarkable.”

Music is About Clear Communication and Collaboration

As one might imagine, Simons sings in the car. When he’s working through a new composition, or merely an idea for a composition, he’ll find himself tapping out a drum part.

“I remember soon after I got them, putting in my Widex MOMENTs and tapping on my jeans,” he explains. “It was the craziest thing, but I could hear it all so clearly. Like a 3D representation of sound that I hadn’t heard before. I could hear my hand; I could hear the jeans; I could hear the air. It’s hard to explain the detail these hearing aids offer. It’s a natural sound—a smoother sound. I hear things I wasn’t hearing before but it’s not overly bright or harsh.”

Simons uses the Widex App to easily get a sound recommendation that’s just right for him. He often focuses the hearing aids’ directional ability to better hear conversations with friends and colleagues, whether at social gatherings or at work. When using Widex My Sound, Simons is asked to select his activity, such as dining, then choose his intent, such as concentration. Based on those selections, My Sound draws on tens of thousands of real-life data points and instantly presents him with two sound profile recommendations. The chosen profile can then be saved and activated whenever needed. All told, Widex MOMENT has made Simons better at his job.

“So much of collaborating musically is the interaction in a room. Rehearsing, arranging, producing, trying things out. The give and take can be very fast,” he says. “Before, I had a co-writer who used to go into a room and warn people, ‘Hey, Scott’s not being a jerk, it’s just that sometimes he can’t hear your ideas clearly.’”

Not anymore. These days, friends ask Simons if he’ll talk to their family members about having their hearing checked and wearing hearing aids. He explains that being able to fully engage in life far outweighs whatever hang-ups they may have about hearing aids. 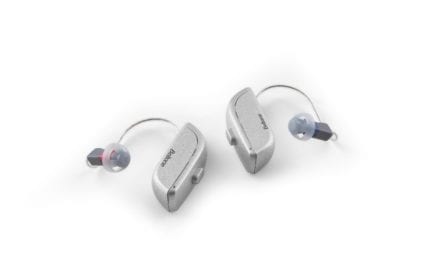 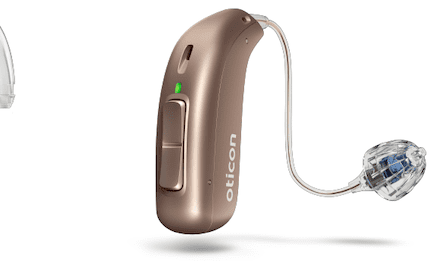 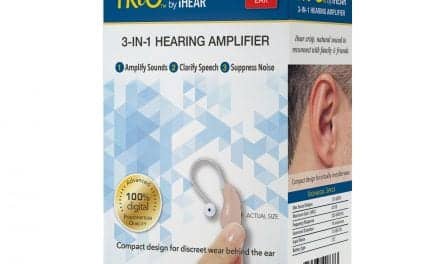 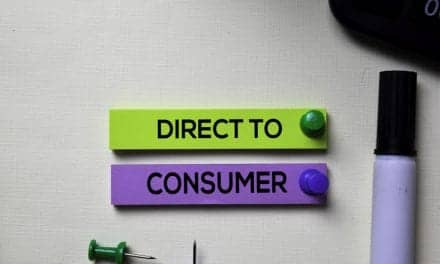