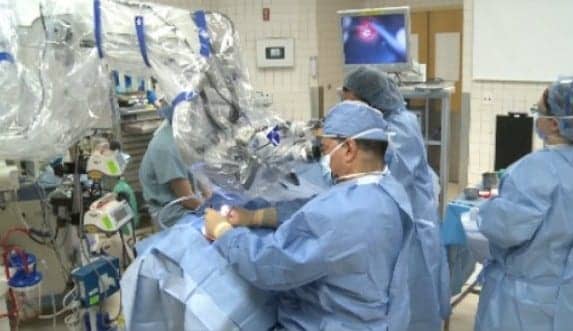 University Hospitals Case Medical Center has announced that a new prosthesis has been developed for use in a traditional middle ear surgery–a stapedectomy–and has been successfully implanted in an otosclerosis patient.

The first patient to receive the new prosthesis is a 63-year-old woman with otosclerosis, a hereditary disorder that causes the bones of the middle ear–the malleus, incus, and stapes–to become immobilized and stop vibrating, leading to hearing loss. Patients with otosclerosis typically have abnormal bone growth around the stapes bone, which must move freely to conduct sound through the middle ear to the inner ear as part of the hearing process.

Physicians generally perform a stapedectomy procedure to surgically treat otosclerosis. In the surgery, they remove the immobilized stapes bone and replace it with a prosthetic device, allowing the bones in the middle ear to resume movement, stimulate fluid in the inner ear, and improve or restore hearing. Although a stapedectomy has a 96% success rate, for some patients, the surgery can sometimes fail months to years later. This can happen if the incus bone, which is used to support the stapes prosthetic, deteriorates. When this occurs, repairing a stapedectomy can be challenging.

Cliff Megerian, MD, Chairman of the Department of Otolaryngology Head and Neck Surgery at University Hospitals Case Medical Center, has invented a new stapes prosthesis, which took two years to develop. It is comprised of a new compound metal that, when heated, collapses and grips more effectively onto the supporting surface.

Dr Megerian’s first patient to receive the new prosthesis–the first patient in the world to benefit from it–has experienced a complete restoration of hearing in her treated ear. She reports that her treatment success has also helped her regain confidence and independence.

“There are literally hundreds and hundreds, maybe even thousands of people in the country and around the world who have the exact same condition in the ear that she does,” said Dr Megerian in the recent announcement. “So this prosthesis design will be a solution for others around the world.” 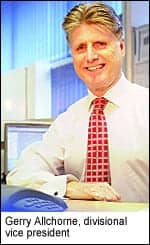