Completely-in-the-canal (CIC) hearing instruments have been purported to have the greatest potential to expand the hearing instrument market since their introduction over seven years ago.1 This is not unexpected given the many advantages of this style of hearing instrument. The smaller residual volume and deeper insertion beyond the ear canal opening allow CIC instruments to offer an increase in the real-ear output (or real-ear-to-coupler difference, RECD) exceeding that obtained from other styles of hearing aids.2 They also offer an increase in high frequency output as a result of the deeper insertion of the canal portion and recession of the faceplate.3

The behavioral sequelae of these acoustic changes include a better ability to use the natural acoustic cues provided by the pinna2; less distortion and better sound quality2; better speech understanding in the presence of background noise4; a reduction of wind noise and better use of the telephone without feedback5; improved localization6; improved retention7, and a reduction in the occlusion effect.6 Obviously, its cosmetic appeal1 is also an important advantage that may help increase wearer acceptance.

For a CIC instrument to provide the above advantages—particularly the provision of a higher output than the coupler response and the minimization of the occlusion effect—Preves3 suggested that the faceplates on the CICs have to be deeply recessed (at or below the ear canal aperture). He also suggested that a long shell canal length extending beyond the second bend be present. The same contention was re-emphasized by Preves and his colleagues9 when they recommended deep fittings for disposable hearing instruments.

While a deep fitting may be necessary when fitting conventional CIC instruments with limited gain and frequency response flexibility, it may not be necessary when fitting today’s advanced programmable and digital CICs. Such instruments offer greater electroacoustic flexibility than conventional hearing instruments. This allows the aids to meet the gain requirements for a wider range and configuration of hearing losses.

If meeting the gain requirements were the only goal of CIC instruments, the canal lengths would not have to be long in advanced instruments in order to provide the necessary amplification. If this is true, then hearing health care professionals would not have to be as concerned about taking deep ear impressions (however, they should still be concerned with taking an accurate and complete ear impression). The resulting “shorter” CICs would also be easier to insert and more comfortable for an extended period of time to the wearers of the instrument.

Potentially negative ramifications of shortening the canal length of a CIC instrument must be considered as well. The research of Killion et al.10 has shown that the occlusion effect, as measured by the amount of low-frequency energy trapped within the ear canal during vocalization, is substantially reduced if the canal portion of the hearing instrument extends beyond the second bend into the osseous portion of the ear canal. This suggests the possibility of a greater occlusion effect for a short CIC than a long CIC (using the second bend as the reference). Other potential drawbacks of short canal lengths include poorer retention of the hearing instrument within the ear canal and increased risk of feedback from a potentially looser fit. These are issues that even today’s programmable and digital hearing instruments have not fully addressed.

If the above observations are valid, the increase in the number of orders for shorter and/or tapered-canal CIC instruments suggests that the performance of many of today’s CICs may have been compromised. It further emphasizes the need for the profession to agree on an optimal canal length for CIC instruments.

Unfortunately, studies on the effect of canal length with programmable/digital CICs are few or lacking. The following study was undertaken to determine whether the canal length of a digital CIC instrument affects the ease with which one can match a prescriptive gain target. Additionally, this study examined if canal length differences affects the wearer’s satisfaction with hearing instruments in daily situations.

The same shell technician fabricated all the shells for the hearing instruments used in the study. The length of the CICs ranged from 12-15 mm for the short canal instruments and 17-20 mm for the long canal instruments. Total CIC canal length was determined from the tip of the canal to the bottom of the faceplate on the posterior side of the instruments. Each aid had two vent openings: a 1-mm vent and a 1-mm probe-tube vent that was closed after real ear measurements were obtained.

Typically, it is not recommended that clinicians match the output from Senso hearing instruments to generic gain targets. This is because generic fitting targets have not considered the effects of release time, number of channels and noise reduction in their gain formulation.12 On the other hand, the hearing instruments in this study use three-channel, slow-acting enhanced dynamic range compression with a proprietary noise reduction algorithm. Its gain target is generated based on reported psychophysical loudness growth functions and modified according to the electroacoustic properties of the hearing instrument.13 In addition, the presence of the noise reduction algorithm and slow acting compression would also modify the desired target gain values. Thus, matching its output to a generic target (in real-ear or coupler) may compromise, rather than optimize its performance.

The features (e.g., noise reduction and long release time) of the instrument make verification of the aids using conventional means more difficult unless special precautions are taken. In order to determine the ease with which each CIC would match a gain target, the features of the aid were deactivated during the real-ear target verification. The gain settings (called HTL offsets) were adjusted until the closest match to the revised NAL-RP target was achieved using a 60-dB SPL composite noise signal. A Frye 6500 real-ear system was used for real-ear measurements.

The authors recognized that this target does not account for variables such as channel interaction, compression time constants, speech enhancement and other features of the instrument.12 Matching the output to the target would probably not ensure the optimal performance. Target matching was performed strictly for the purpose of determining whether a specific gain target could be met with both the short and long canal lengths. After the output of the instrument had been adjusted closest to the target, the real-ear aided response (REAR) was compared between the short and long CICs on all subjects.

Once real-ear target matching was completed, the hearing instruments were reset to the in-situ-based gain settings and were fine-tuned based on wearers’ comments. During the fine-tuning, a paragraph was read to the subjects and the hearing instrument settings were adjusted to maximize clarity in quiet. During this time, the noise reduction algorithm and slow-acting compression were re-activated. Afterwards, subjects were instructed to wear the study hearing instrument(s) for one week and complete a questionnaire at the end of the week that addressed their satisfaction towards the hearing aids. This questionnaire included items on judgments of clarity and sound quality of speech, physical comfort, acceptability of the wearer’s own voice and feedback (Table 2). The items were chosen because they have been deemed important considerations in wearer satisfaction14, and many of the items were selected because of their potential sensitivity to CIC wearers (e.g., physical comfort, hollowness and feedback).

Wearer Satisfaction: The average ratings of the 12 participants’ responses to the long- and short-canal CIC instruments for each item on the questionnaire are shown in Fig. 3. On a group basis, subjects’ impressions of the hearing instruments were positive with ratings around 4 for most items. Visual inspection across test items revealed similar ratings for both the short- and long-canal instruments, with a slight preference for the shorter length.

These data were compared using a chi-square test on each item. The analysis showed no significant difference in ratings for canal lengths at the 0.05 confidence level. This suggests that, on a group basis, CIC canal lengths did not significantly affect the performance of the CIC instruments in real-life situations.

Finally, on Question #10 (overall performance), 10 subjects reported no difference between the two canal lengths and rated both short and long canals highly. Of the remaining two subjects, one preferred a short canal, one preferred a long canal, and one subject preferred short in one ear and long in the other!

Discussion
This study was performed in order to examine the effects of canal length of digital CIC instruments on target gain match and wearer satisfaction. Results of this study indicate that the ease of matching a prescriptive gain target is similar for both long- and short-canal CIC instruments. Additionally, wearer satisfaction for both long and short canal lengths is similar on a group basis. These findings suggest that the many benefits of CIC fittings may be retained even when it is difficult or impossible to attain a deep-canal fitting. It also suggests that the practice of using tapered canals and shorter canals in advanced programmable/DSP CICs may not jeopardize the performance of such instruments on a group basis. Lau also showed that there is no preference difference between standard and extra small CIC hearing instruments.15

If long and short canal CICs can be equally effective in advanced programmable instruments, one may opt to use a short canal CIC instrument in lieu of a long canal one because of the increased wearer comfort and ease of use (insertion) associated with the shorter length. However, there are two caveats. The first is that this conclusion may not be generalized to all types of hearing instruments—especially for analog instruments where flexibility of adjustment may be limited. Second, even when opting to use a short canal CIC hearing instrument, the hearing care professional should make every attempt to obtain an ear impression that is as accurate and complete as possible. 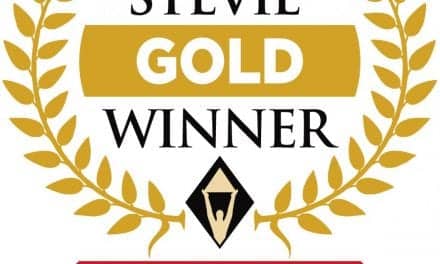