A new study conducted by the University of Utah, co-authored by Richard Rabbitt, PhD, chair of the bioengineering department,  has found that the human ear has tiny, “flexoelectric motors” that rev up to better enable us to hear by amping up sounds mechanically rather than neurologically, says a statement from the university.

In other words, your ears have tiny motors to soup up your hearing—all the more reason to take care of your hearing today and tomorrow, according to the statement.

“We are reporting discovery of a new nanoscale [really teeny] motor in the ear," said Rabbitt, in an interview published by the University of Utah news center. "The ear has a mechanical amplifier in it that uses electrical power to do mechanical amplification.” This function of the ear is more like a Fender amp than anatomical bits that have long been thought to be the main source of sound.

Previous research elsewhere indicated that hair cells within the cochlea of the inner ear can ‘dance’—elongate and contract—to help amplify sounds, said the statement.

The new study shows sounds also may actually be amplified by “dancing” of stereocilia, which are the 50 to 300 hair-like nanotubes projecting from the top of each [cochlear] hair cell.

William Brownell, a coauthor of the study and professor of otolaryngology at Baylor College of Medicine, Houston, says the new study shows how the flexoelectric effect can account for the amplification of sound in the cochlea. Stereocilia essentially are membranes that have been rolled into tubes so the fact that a membrane can generate acoustic [mechanical] energy is novel. "Imagine hearing a soap bubble talk," he said in the statement.

Rabbit says “it’s like a car’s power steering system. You turn the wheel and mechanical power is added. Here [in the cochlea] the incoming sound is like your hand turning the wheel, but to drive, you need to add power to it. These [newly-studied] hair bundles add power to the sound.”

Katie Brenemen, a bioengineering doctoral student at the University of Utah and coauthor of the study, says that this energy may also be a part of digestion and memory formation. In other words, flexoelectrical energy may be a newly introduced source of power used throughout the body, not just at the end of the cochlear hair-like projections.

What makes the study so interesting is the way the body generates mechanical energy, says the statement. Muscles and tendons flex and relax based on instructions from the brain so mechanical energy, of and by itself, is produced and used everyday for everything from walking to putting away the groceries.

However, the study shows that mechanical energy can also be made with delicate, tiny body parts that can only be seen under a microscope. The stereocilia at the end of each hair projection floating in cochlear fluid is invisible to the human eye. In a recent post by Ed Yeates of KKSL newsradio, Rabbitt was quoted as saying, “What we are reporting here is a new motor that really hasn’t been understood in the past. It’s the stereocilia, the little tubes on the top of the cell. Inside the inner ear, the little dancing hair-like tubes actually act like electric motors [that amplify sound before being sent to the brain where it will be further processed]."

Apparently flexoelectrical energy is produced throughout the body, so studies will soon be under way examining this newly discovered physiological function. Additional research has also indicated that damage to the hair-like projections that wave back and forth in the cochlear fluid is irreversible, says the statement.

So, even though you have millions of tiny amps boosting sound before transmission to the brain, these mechanisms are still delicate. 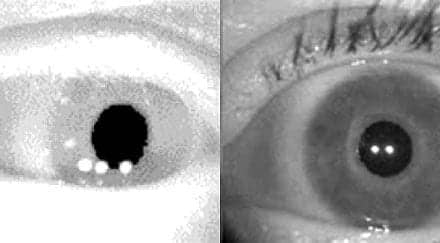 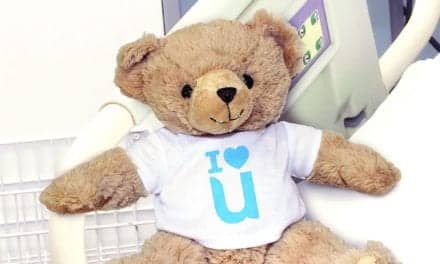