OtoSonics Inc, Cleveland, is looking to raise $2 million from investors to help the company refine and test its device that uses ultrasonic waves to tell whether the fluid behind a child’s eardrum is infected, according to a statement by Med City News.

The device, called ConfirMEE, could provide physicians with an effective diagnostic tool and could help cut down on the overuse of antibiotics to treat earaches that would get better on their own, says the statement.

The Mayo Clinic says most ear infections are caused by viruses; antibiotics have no effect on viral infections, and the over-prescription of antibiotics can lead to drug-resistant bacteria, called “superbugs,” according to the statement.

Robert L. Purcell III, OtoSonics president and COO, said in the statement that clinical statistics from around the world show that 80% of all incidences of otitis media will resolve on their own, meaning without antibiotic intervention. He added that in the United States, 80% of kids going to the doctor’s get antibiotics … the doctors are forced, because they don’t have good diagnostic tools … to treat the parent just as much as they are treating the patient.

ConfirMEE bounces ultrasonic waves off the eardrum and then analyzes the returning waves for information that would indicate infected fluid in the inner ear, says the statement. The results take 6 seconds, said Trevor Jones, chairman and chief executive of ElectroSonics Medical Inc, parent of OtoSonics.

The device is one of two legacy technologies of Biomec Inc, the biomedical device company that from 1998 to 2007 developed technologies discovered by medical and academic institutions, and national laboratories, and by its own scientists, says the statement. Most of Biomec’s assets were acquired in 2007 by Greatbatch Inc of Clarence, NY, for $11.4 million, says the statement.

Jones and Purcell, who had been president of Biomec, kept the two technologies Greatbatch didn’t want so that they could continue to develop them, says the statement. They incorporated ElectroSonics Medical the same year.

Fluid in the inner ear often doesn’t mean infection, and children whose Eustachean tubes have not matured to enable drainage are prime candidates for fluid behind the eardrum, Purcell said in the statement. Physicians lack a good way of telling whether that fluid is infected and in need of antibiotic treatment, he added.

Purcell and Jones recently visited a doctor in Costa Rica who punctures the eardrum with a needle during a procedure called tympanocentesis, extracts some of the fluid, and then cultures it for bacteria that would indicate infection. Purcell said that only then will he prescribe antibiotics.

Parents in the United States are not overly receptive to the concept of putting needles through infants’ ears, even though it’s a relatively painless procedure, he said.

Tracey Wielinski, OtoSonics’ program director, is readying to run preclinical trials at six locations in the United States, including the Cleveland Clinic and the University of Cincinnati, Purcell said. Unlike the Costa Rican study and one in Israel that validate ConfirMEE through tympanocentesis, the US studies will do so through myringotomy, the surgery to put small drainage tubes in the ears of mostly children, the statement says.

Meanwhile, Alan Greszles, VP of engineering for OtoSonics, is refining the workings of the device, Purcell said. The group hopes to have its device through FDA approvals and into the market by next year, according to the statement. 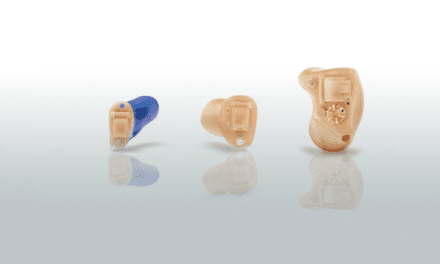 Experiences and Perspectives of Performing Musicians