A Little Drop Will Do You

Originally created to help problem facial skin, MiraCell has since been used to treat everything from chapped lips to psoriasis to cerumen buildup and damage to the delicate skin inside the ears.

Left in peace, a healthy ear cares for itself,  busily moving clumps of earwax and pushing them out of the ear canal. Problems arise, however, when a person does not let the ear do its job and instead sticks a cotton-tipped swab—or worse yet, a car key—into their ear to either relieve an itch or do a bit of cleaning themselves.

This is where Marilyn Harris, co-owner and director of MiraCell Inc, Orem, Utah, comes in.

Years ago, Harris created an all-natural skin product—simply called MiraCell—designed to support the skin’s natural functions. According to Harris, the lightweight serum not only loosens impacted earwax, but also allows hearing aids to sit more comfortably in the ear and promotes a healthy keratin layer. Ears agitated by cotton-tipped swabs, ear impressions, gout, diabetes, or skin allergies can benefit from the use of MiraCell.

“The concept is that the skin is intelligent,” Harris says. “If you get a burn or a scrape, you don’t tell your body to go down and fix that; your body does the repair work on its own. MiraCell gives [skin] the boost or support it needs to do the work.”

Seeking A Solution
MiraCell did not start out as a product for the ears. Harris was prompted to create MiraCell in answer to her own frustration over not finding an all-natural product to help heal her troubled skin. At age 12, Harris developed a bad case of acne that left “ugly, hard, red scars” on her face. Those scars plagued her for decades, and she tried countless products over the years to improve her skin. “I went into [a department store] one time and spent $200 for three items; I came back in 3 days [because] my face was on fire,” she recalls.

Harris has owned and managed her own businesses in the beauty industry for the past 35 years, and has does everything from formulating to color selection, costing, inventory control, packaging, copy writing, layout, marketing, and selecting ingredients as they affect skin and hair.

Developed as a pH-correct product, MiraCell is designed to give the skin building blocks it can use quickly, safely, and effectively to repair itself. “We had a philosophy that we don’t know what we don’t know,” Harris says. “We wanted to use honest botanicals because a lot of people tell you they are using naturals, but they are using synthetic vitamins and poorer grade products, and they don’t get the results.”

Products containing glycerin or petrolatum dry out the skin, Harris says, and act as “respiratory skin blockers” that do not allow the skin to breathe. Products with glycerin will coat the skin, but draw needed moisture out at the same time, also setting up the skin to become addicted to the glycerin product, she says.

“It’s setting up a vicious cycle that helps the manufacturer, but not the user,” Harris says.

Unlike skin products that contain water or “filler” oils, MiraCell works to benefit skin with essential oils, such as apricot kernel to keep skin soft; sesame oil to alleviate soreness and speed up the renewal process; jojoba oil to keep skin toned and tightened; caprylic/capric triglycerides to soothe; and avocado oil to provide nutrients. One of the more exotic ingredients in the formula, camellia kissi oil, derived from the seeds of a camellia plant, which is native to Asia, acts as a desensitizer that neutralizes venom. “That sounds funny,” Harris says, “but in the ear, you have three neural reflexes and MiraCell helps those stay calm when people are having ear impressions taken or wearing their hearing aids day to day.”

It was Harris’ husband, Robert, who first began using MiraCell for the ears. Robert—an audiologist who owns Harris Hearing Aids, Provo, Utah, and funded MiraCell to make his wife’s dream of a better skin product a reality—was the first audiologist to send patients home with MiraCell after hearing glowing accounts from customers about its benefits.

Originally intended to prevent wrinkles around the eyes and mouth, the serum did much more, customers said, including healing everything from chapped lips and cold sores to rosacea and psoriasis—even bee stings. “It seemed to take care of any kind of skin problem,” Robert says, “and ears have got skin in them, so I used it for that.”

Soon, those original accounts were joined by tales of softer impacted earwax, calmer itchy ears, and smoothed-out “alligator” ears. With the regular use of MiraCell, patients who wore hearing aids felt that inserting the devices became easier and they grew more comfortable to wear as the day wore on.

Robert also realized that the skin inside the ear appeared to heal faster. “It was just the combination of these things that made it so beneficial to my practice,” he says, “so I figured if I can use it, a lot of people can.”

He now jokes that MiraCell “keeps the bugs out” of hearing aids.

“A lot of times with CICs and tight-fitting BTEs, any kind of a hearing aid, if you’ve got a real tight fit, you can get sensitive, sore ears,” he says. “You put a touch of MiraCell on the hearing aid—just the tiniest amount—and just about wipe it away. It’s so highly concentrated … and it makes [the hearing aid] slip in easy.”

Caring For Keratin
A blend of 13 botanicals, MiraCell was introduced to the national hearing market in 2000 as “an all-natural, safe, mildly-antibacterial, antifungal and anti-yeast solution” that helps restore skin—especially the delicate skin inside the ears—to a healthy state.

The daily use of a hearing aid often irritates the skin inside the ear and causes sores. The ear has a delicate layer of keratin that covers the reflex system that protects the ear canal and also allows sebum and earwax to mix in the right proportions. The neuro-reflexes can cause inflammation and swelling, or cause a cough/gag reflex, when the ear canal is invaded by hard or harsh surfaces, such as those in hearing aids, earmolds, or earplugs. Cotton-tipped swabs or other devices, such as hairpins, car keys, pencils, and even crochet hooks, that people use to scratch itching ears or try to remove earwax also aggravate the neuro-reflexes.

All of that irritation can lead to sores, which in turn can introduce bacteria or fungus, which can cause itching or infection.

Harris says MiraCell is especially adept at keeping the cushiony, protective keratin healthy by appearing to encourage its growth, speeding the natural desquamation process. She says most people do not realize how important it is to maintain keratin. “People who use MiraCell say that if you use it for 2 weeks every night, you will renew a healthy layer of keratin,” she says.

Harris says hearing professionals have reported to the company that ears that previously held not a trace of keratin, had a strong, healthy layer after patients used MiraCell.

For hearing aid users, just a quarter drop of MiraCell, blended by the fingers and rubbed onto the outside of the hearing aid shell, can make the device more comfortable to wear and soothe the reflexes that cause ears to flush or swell.

To prepare the ear for hearing instruments, new users are instructed to pour a “generous amount” of product directly into the ear canal, block the excess with tissue, and relax for several minutes, repeating the process for 7 to 10 days prior to receiving the new instruments. 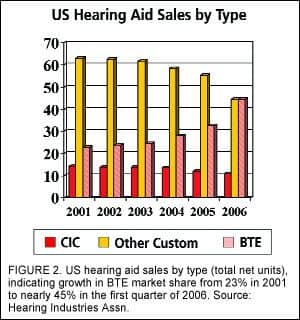 Harris says MiraCell is appropriate for anyone who does not suffer from an allergy to the ingredients. Although it is not approved by the Food and Drug Administration (FDA), she says that each of the 13 ingredients in the product is approved, and that MiraCell is manufactured in an FDA-approved plant in Los Angeles.

Harris says there is no need for her company to spend millions on the testing required to gain FDA approval because it is not taking an active ingredient out of its natural environment to create MiraCell. “When you listen to a drug advertisement on your TV, they tell you what the side effects are,” she says. “They’re forced to. Because we haven’t [created a new chemical], we don’t have any negative side effects. The side effects of MiraCell are smoother, more conditioned skin—all of our side effects are positive.”

Harris stresses that MiraCell is safe, adding that the serum’s ability to assist the eardrum in closing up perforations and its nonstinging, nondrying formula are linked to its nonsynthetic origins. “Mineral oil is made from a synthetic base,” she says. “MiraCell is made from botanicals you can put on a salad!”

Hearing Health Care Offices And Beyond
With more than 800,000 users, MiraCell is a presence in more than 1,700 hearing professionals’ offices.

A well-planned patient education system helps promote the product to patients. The company provides audiologists with an information sheet specifically designed for patients to read while their ear impressions are being made. A compact disc provides a further learning experience, featuring the before and after effects of MiraCell on eardrum plaque, calcium deposits, and sore spots.

When hearing professionals first make an order, Harris says, the company provides posters for the waiting room and testing areas. “I’ve watched in my husband’s office as people get up and go look at them,” she adds.

As for the crazy things people put in their ears, MiraCell has that covered too, with office artwork that shows hairpins, pencils, and “everything people will use to relieve the itch in their ears,” Harris says. “You start putting those things in your ear and you’re going to tear the keratin layer, and then you’re going to leave your ear open to all kinds of damage.”

In August, MiraCell will become available in a national pharmacy chain’s stores for the first time; and later, a repackaged version of MiraCell, called Calm Ear, will hit the retail shelves. The company plans to pursue all the major retailers eventually and is looking to develop new products for the ears in the future.

A half-ounce bottle of MiraCell will last about a month, if a user fills their ears with the product, although Harris says that is not really necessary. One drop per ear per day appears to be enough to soften earwax and maintain healthy ears.

With 495 drops per half-ounce bottle, that’s a lot of potential healing power.

Jenna Bordelon is a contributing writer for Hearing Products Report. 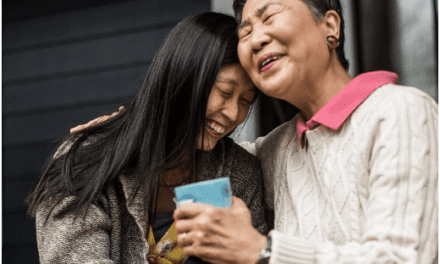