An uptick in activity in the brain’s touch-sensing nerve cells following hearing cell damage is suspected to play a pivotal role in tinnitus, according to the findings of a study by U-M Kresge Hearing Research Institute scientists shows. The study is to be published in the first January issue of European Journal of Neuroscience, is also available online.

Though the research findings were the product of animal study, they suggest available treatments such as acupuncture, if used to target nerves in the head and neck, may provide relief for some people plagued by tinnitus, says Susan E. Shore, PhD, lead author of the study and research professor in the Department of Otolaryngology and the Kresge Hearing Research Institute at the U-M Medical School.

People with tinnitus sense ringing or other sounds in their ears or head when there is no outside source. Whether it’s mild and intermittent or chronic and severe, tinnitus affects about one in 10 people. An estimated 13 million people in Western Europe and the United States seek medical advice for it. It is a growing problem for war veterans. Since 2000, the number of veterans receiving service-connected disability for tinnitus has increased by at least 18 percent each year, according to the American Tinnitus Association.

Increasing numbers of baby boomers are also finding that when they can’t hear as well as they used to, tinnitus seems to move in. The condition commonly occurs with hearing loss, but also after head or neck trauma such as whiplash or dental work.

Tinnitus varies in individuals from a faint, high-pitched tone to whooshing ocean waves to annoying cricket-like chirping or screeching brakes. For some, it is constant and debilitating.

Some people, oddly enough, find that if they clench the jaw or press on the face or neck, they can temporarily stop tinnitus, or in some cases bring it on. To understand tinnitus and its strange link to touch sensations, Shore and her research team have conducted a series of studies in guinea pigs, measuring nerve activity in a part of the brain called the dorsal cochlear nucleus that processes auditory and other signals.

In normal hearing, the dorsal cochlear nucleus is the first stop in the brain for sound signals arriving from the ear via the auditory nerve. It’s also a hub where “multitasking” neurons process sensory signals from other parts of the brain.

“In this study, we showed that when there is a hearing loss, other parts of the brain that normally convey signals to the cochlear nucleus have an enhanced effect,” says Shore, who is also an associate professor in the Department of Molecular and Integrative Physiology at the U-M Medical School.

“When you take one source of excitation away, another source comes in to make up for it. The somatosensory system is coming in, but may overcompensate and help cause tinnitis,” she says.

The somatosensory system is a nerve network in the body that provides information to the brain about touch, vibration, skin temperature and pain. The part of the system that provides sensations from the face and head, called the trigeminal system, brings signals to the cochlear nucleus that help us hear and speak.

But when people experience hearing loss or some other event, such as having a cavity filled or a tooth implanted, these neurons from the face and head can respond like overly helpful relatives in a family crisis. The resulting neuron firings in the cochlear nucleus, like too many phone calls, create the din of tinnitus, a “phantom sound” produced in the brain.

In the study, Shore and the paper’s second author Seth Koehler, a U-M PhD student in the U-M departments of Otolaryngology and Biomedical Engineering measured the patterns of activity of neurons in the brains of normal and deafened guinea pigs. They used a 16-electrode array to measure signals from the trigeminal nerve and multisensory neurons in the dorsal cochlear nucleus. When they compared results in the two groups, they found clear differences in trigeminal nerve activity.

“The study shows that in deafened animals, the somatosensory response is much stronger than in animals with normal hearing,” Shore says.

Shore’s research team knew from earlier research that some neurons in the cochlear nucleus become hyperactive after hearing damage, and this hyperactivity has been linked to tinnitus in animals.

“This study shows that it is only those neurons that receive somatosensory input that become hyperactive,” she says, which should make the search for treatments for tinnitus in some people more straightforward.

Many people with temporomandibular joint syndrome (TMJ), a condition that causes frequent pain in the jaw, experience tinnitus. Shore’s research could lead to a better understanding of this link. In people with TMJ, the somatosensory system is disrupted and inflamed. Shore says that it’s possible that in this situation, as in hearing loss, somatosensory neurons stir excessive neuron activity in the cochlear nucleus.

In addition to Shore and Koehler, Mark Oldakowski, a U-M research associate at the time of the study, Sana Syed, then a U-M student in the Undergraduate Research Opportunity Program and Larry F. Hughes, a professor at the Southern Illinois University School of Medicine, are co-authors of the paper. 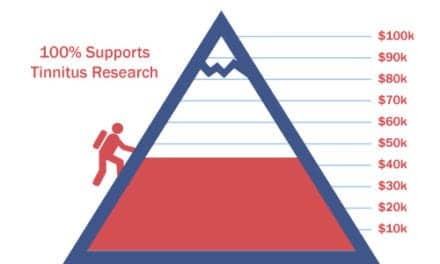 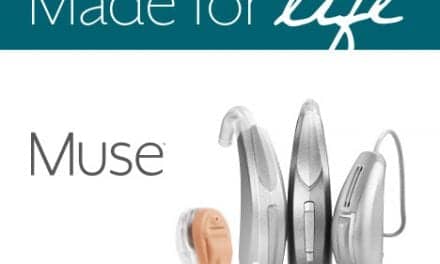