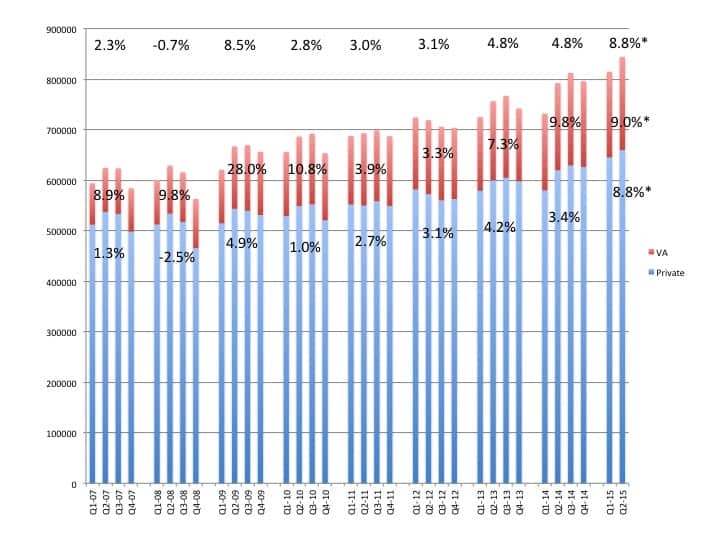 Although not quite approaching the double-digit (11.3%) sales increase of the first quarter, second-quarter US net hearing aid unit volume increased by 6.5% compared to the same period last year, according to statistics generated by the Hearing Industries Association (HIA), Washington, DC. When combined, hearing aid unit sales in the first half increased by 8.8% (Figure 1). The last time unit increases approached this level was 2006. Sales growth was evenly divided between the private/commercial sector (8.8% increase) and dispensing activity at the Department of Veterans Affairs (VA, 9.0% increase). 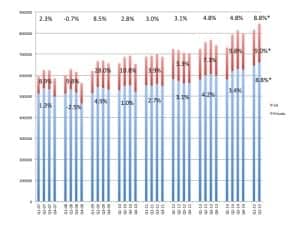 [Click on figure to enlarge.] Figure 1. US quarterly net unit sales of hearing aids (2007-2014), with the private/commercial market shown in blue, and the VA shown in red. Overall yearly sales percentage gains/losses are displayed at the top of the graph, with percentages of VA and private/commercial market gains/losses shown in the middle and bottom, respectively. Source: HIA. *Through first half of 2015.

In recent years, HIA private-sector sales reports have been affected substantially by the gains of Big Box retailers, particularly Costco, and it remains unknown how much of the first-half’s sales should be attributed to the mass retailers (for reference, see Figure 2 in the January 20, 2015 HR Online News. However, a sales gain of the magnitude seen in the first half suggests better across-the-board gains for both Big Box and traditional dispensing offices/practices.

For the private sector, behind-the-ear (BTE) hearing aids made up a full four-fifths (80.0%) of all unit sales, compared to just over three-quarters (76.9%) during the same period last year. For the total market, first-half BTE sales constituted 78.9% of all sales compared to 77.1% of sales in 2014. Hearing aids containing wireless technology made up 87.0% of the US market in the first half, up from 80.8% during the first half of 2014. 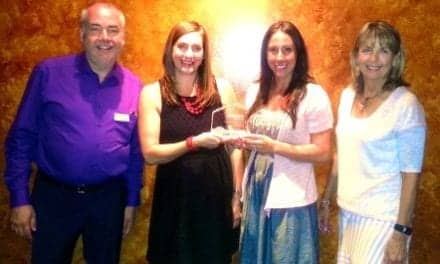 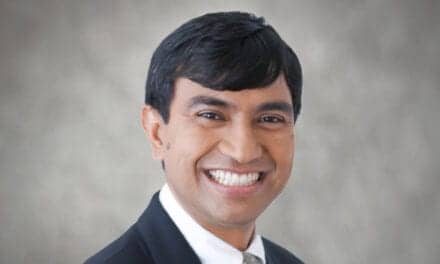 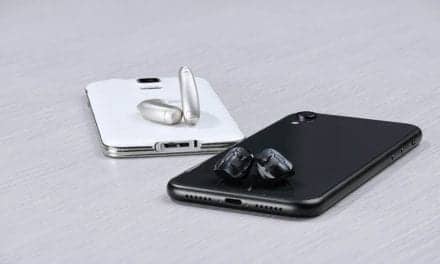 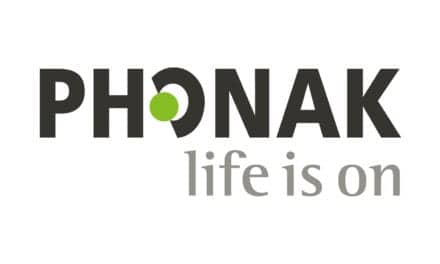 Phonak Announces Its Most Complete Portfolio of Hearing Solutions