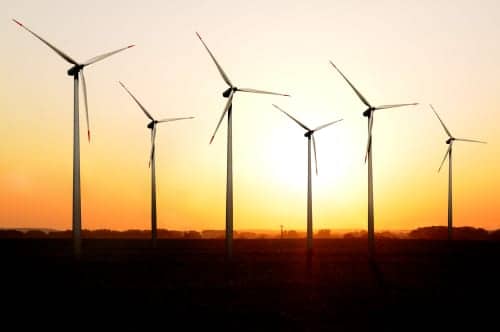 As the number of wind farms has increased, many experts have asked if inaudible sounds, such as those created by wind turbines, are harmful to human ears. To answer the question, an international team of researchers has investigated the fundamentals of hearing at the lower limit of the audio frequency range (infrasound), and the upper limit (ultrasound). According to a recent announcement, the project was coordinated as part of the European Metrology Research Programme, by the Physikalisch-Technische Bundesanstalt (PTB) in Germany.

The international project reportedly involved acousticians and experts in MRI and functional MRI (fMRI), and also experts in bio-magnetism (MEG). The project coordinators say that more research is needed to arrive at all the answers, but early findings of the project indicate that humans can hear deeper or less audible sounds than was previously known. Further, the study showed that the mechanisms of human perception are more diverse than previously thought, and that the psychology of perception must not be overlooked.

In an effort to transition from conventional energy sources to wind energy, many communities have recently established wind turbines in or adjacent to residential areas. Since the wind turbines were erected, some residents have reported symptoms, such as trouble sleeping, loss of energy, and other ailments that may correlate to the wind power generated by the turbines. However, authorities in the wind energy industry say that infrasound, which refers to the very low tones that are below the hearing threshold of about 16 Hertz, is inaudible and generally too weak to cause health problems. 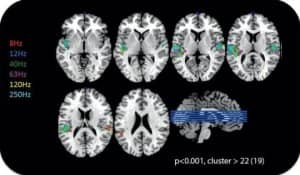 This illustration shows activation of the auditory cortex during stimulation of the ear by low-frequency sound and infrasound. (Photo: Max Planck Institute)

Christian Koch, PTB acoustician and head of the international project, said that the researchers need to find out more about what is happening with the perception of sound in relation to inaudible or low tone sounds. Measurement technology experts from several metrology institutes, along with scientists from the Max Planck Institute for Human Development in Berlin and the UCL Ear Institute (University College London), have spent three years studying the basics of listening to “inaudible” sound.

According to Koch and the research team, both very low (infrasound below about 16 Hertz) and very high sound (ultrasound above about 16,000 Hertz) occurs in many areas of everyday life and is generally inaudible to humans. Very high tones are often only heard by children and adolescents. These high tones, or ultrasound, can be produced by some machines. Infrasound can be produced not only by wind turbines, but also by power generators installed in basements, or by the occasional truck thundering down a nearby road.

Koch reports that an audible sound, particularly if it is loud, can damage your hearing and affect your emotions. But what about inaudible sounds? Can they be perceived, if not heard? And, can they affect hearing and health? To find out, the research team generated infrasound that involved low tones without overtones. The researchers explained that even inaudible or low tones can be associated with overtones.

Study subjects were asked about their subjective sense of hearing before participation in the study. These qualitative and quantitative statements were compared with imaging techniques, say the researchers, namely Magnetoencephalography (MEG) and functional magnetic resonance imaging (fMRI). The participants were then exposed to infrasound and low tone sound. Study results showed that people can hear sounds deeper than previously thought, at only 8 Hertz; which is a whole octave lower than the lowest note of the previously assumed lower audio frequency range.

Researchers from Max Planck Institute observed that there was activity in the brain’s auditory cortex when stimulated by low frequency sound and infrasound. Activity was also observed in the brain regions that play a role in emotions.

Many questions remain unanswered, Koch reported, emphasizing that the project is in its early stages and further research is needed. The request for a follow-up project is already underway, he says. The next step is to investigate specifically those people who feel they are affected by “inaudible” sound, to find out if there is a psychological component to their symptoms. For this reason, the next phase of the project will include psychology experts.

The experts involved in the international research project say that their study results could eventually lead to health protection measures implemented across Europe in areas where infrasound and ultrasound are a concern. 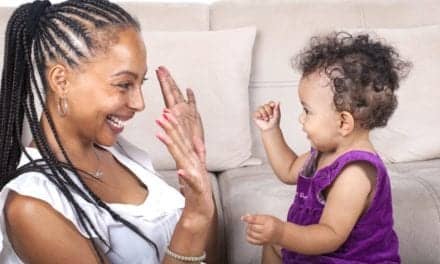 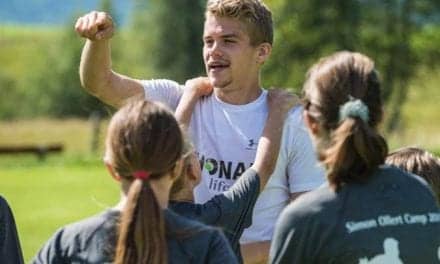