Hearing Aid Sales Increase by 7.2% in 2015 after Strong Q4 by Private Sector 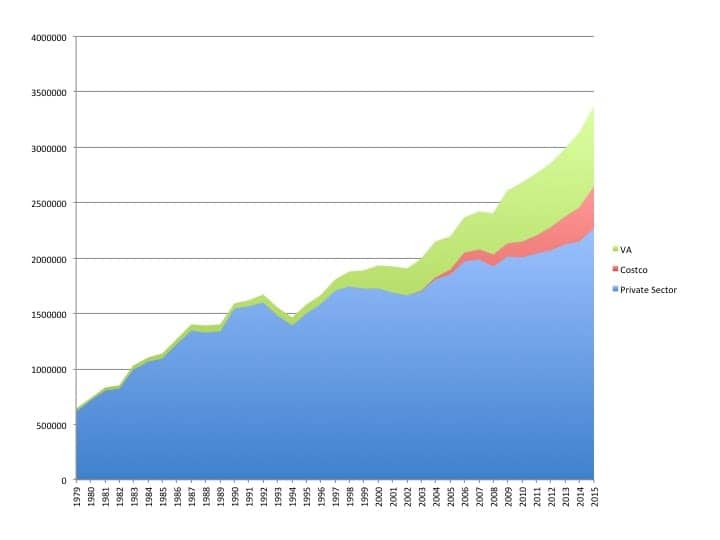 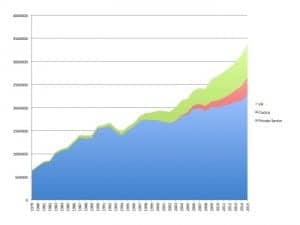 [Click on graphic to enlarge.] Annual net unit sales of hearing aids based on HIA statistics, with estimates by Hearing Review on Costco’s market growth. 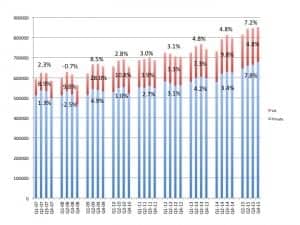 [Click on graphic to enlarge.] US quarterly net unit sales of hearing aids since 2007, with the private/commercial market shown in blue, and the VA shown in red. Yearly sales percentage gains/losses for the entire hearing aid market are displayed at the top of the graph, with VA and private/commercial unit percentage gains shown in the middle and bottom, respectively. Source: HIA.

As mentioned in previous market analyses, it is not known how much private sector growth can be directly attributed to the market gains of Costco and other Big Box retailers. The Hearing Review estimates Costco’s US market share at around 11%, with the retailer’s year-on-year unit growth increasing at an estimated 20-25% pace during the past 5-6 years. However, the growth in the market is almost certainly not confined to Costco, as other major manufacturers and retailers have also reported exceptional sales growth during the year.

Behind-the-ear (BTE) hearing aids continue to dominate industry sales, constituting 78.7% of the total market, and 79.7% of private-sector sales. As a sub-class of BTEs, receiver-in-the-canal (RIC) and receiver in the ear (RITE) devices accounted for 63.7% of the total hearing aid market. By comparison, in 2014, RIC/RITE aids made up 58.0% of the market. Similarly, hearing aids featuring wireless technology continue to grow in popularity. In 2015, the use of wireless hearing aids increased to 87.5% from 82.0% in 2014. 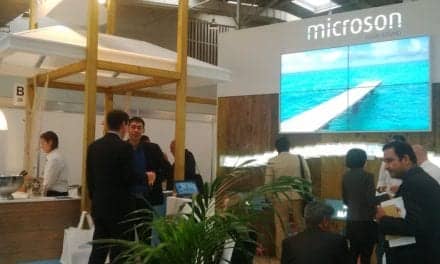