Music As Noise: When The Fortissimo Causes One’s Ears To Ring


"Music is always noise-related—and often not appreciated," the German poet and humorist Wilhelm Busch once mocked.

Even though the subject involving beauty is a matter of taste, the sarcastic saying contains some bitter truth: Orchestra musicians jeopardize their ears with their own music. In a Wagner opera, sound values of 120 decibels (dB) and higher can be attained.

Even the average sound level, depending on the repertoire and instrument, often takes on a magnitude that is considered hazardous to health.

Nevertheless, the EU Noise Directive, also in effect for German orchestras since February, has been implemented too rarely in practice; there is a lack of effective noise-protection measures.

The Physikalisch-Technische Bundesanstalt (PTB), a German national metrology institute, has developed a noise protection shield, which can, in critical range above 250 Hertz, lower the sound level at the ear of the musician by up to 20 dB. The noise protection shield can be reconstructed with little time and effort. In early testing, this has already been accomplished, with extremely positive feedback.

I don’t have a lot of digital material. But is there a way I can personalize HHN or insert some of my own practice’s messages into it? 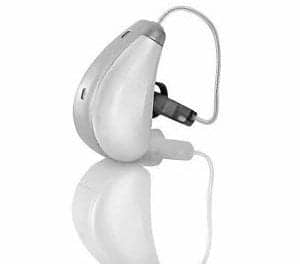