Sound and Silence Work Together to Preserve Hearing

A combination of sound and silence may be a key in helping slow the progression of permanent hearing loss. Researchers at the University of Rochester Medical Center (URMC) found intermittent broadband sound played over an extended period of time preserved sensory cells in the ear, while also rewiring some of the central auditory system in the brain, helping preserve the ability to sense the timing of sounds. An article detailing the research appears on the URMC website.

“By showing that the detection of sound is being preserved in the brain, we’re saying it’s not just the hair cells in the ear, there’s some connectivity in the central auditory system in the brain that is vital to hearing too,” said Adam Dziorny, MD, PhD, assistant professor of pediatrics and biomedical engineering, and first author of the study which appears in the journal eNeuro. “This isn’t a cure, but it could be a step that may lead to a treatment in the future.”

For 12-hour periods, researchers played a mix of broadband sound with gaps of silence for mice with sensorineural hearing loss – the most common type of hearing loss in humans caused by damage to hair cells or the nerve that connects the ear to the brain. Previous studies have shown the presence of broadband sound preserves structure and function of sensory cells in the ear. In this study, Dziorny explains, the gaps of silence allowed researchers to presume that rewiring was occurring in the brain itself within the central auditory system. These gaps are what preserved the mouse’s ability to sense the timing of sound.

“Past research has shown that the brain is capable of modifying it’s signaling to both the frequency and loudness of sounds. This study shows that the brain can also be trained to modify temporal aspects as well,” said Anne Luebke, PhD, associate professor of neuroscience and biomedical engineering at URMC and co-author of this study. “This is important for speech comprehension since not only do you need to hear the speech sounds, you also need to be able to hear them in normal timing. We know a speech recording played too fast or too slow is incomprehensible.”

Researchers see these findings as an important step toward demonstrating that children with sensorineural hearing loss have the potential to preserve function using an augmented acoustic stimulus. As long as the stimulus does two things – changes the way neurons encode temporal elements of sound, and preserves outer hair cells.

“This will not preserve long-term hearing, the underlying biological process will still exist so there will be a drop-off in hearing over time,” Dziorny said. “But, by preserving hearing for even a period of time will allow someone to develop speech and language processing.” 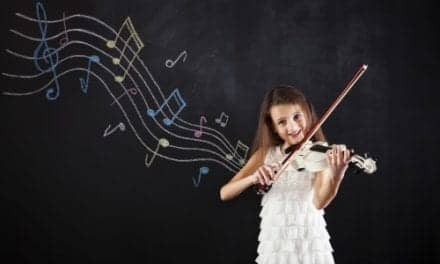