Researchers Find Evidence That Hearing May Continue at End of Life 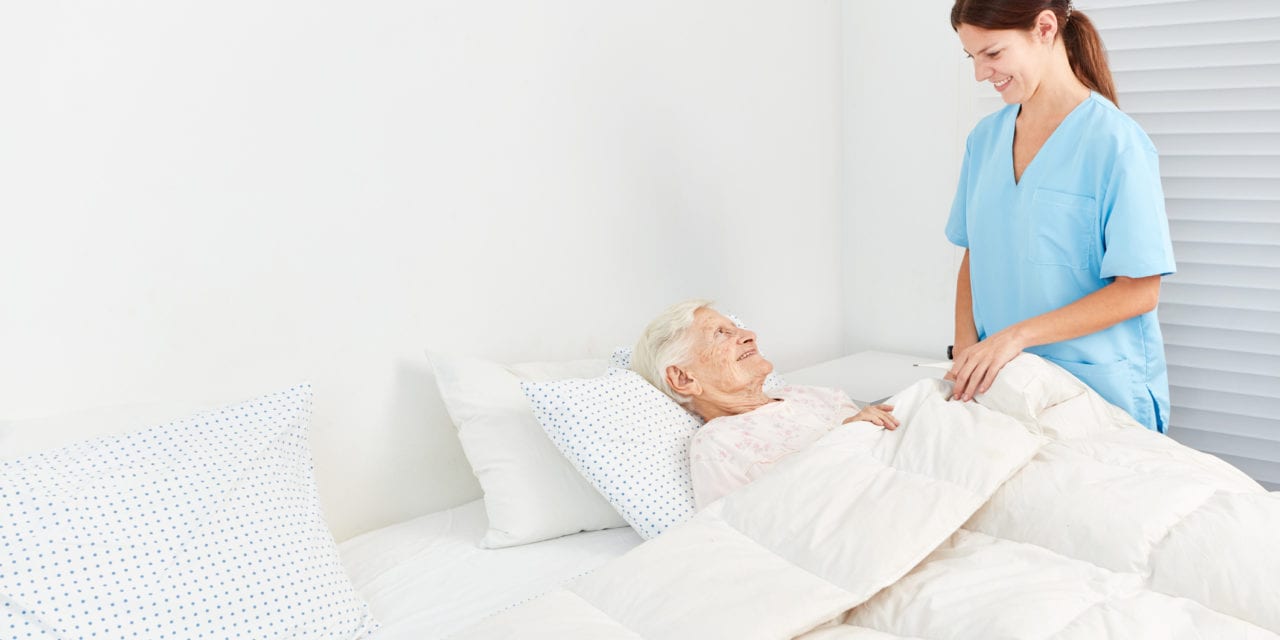 Hearing is widely thought to be the last sense to go in the dying process. Now University of British Columbia (UBC) researchers have evidence that some people may still be able to hear while in an unresponsive state at the end of their life, according to a press release on the UBC website.

This research, published recently in Scientific Reports, is reportedly the first to investigate hearing in humans when they are close to death.

“In the last hours before an expected natural death, many people enter a period of unresponsiveness,” says study lead author Elizabeth Blundon, who was a PhD student in the department of psychology at the time of the study. “Our data shows that a dying brain can respond to sound, even in an unconscious state, up to the last hours of life.”

This new insight into the dying brain’s response to sound can help family and friends bring comfort to a person in their final moments.

The researchers monitored the brain’s response to those tones using EEG and found that some dying patients responded similarly to the young, healthy controls—even when they were hours away from death.

“We were able to identify specific cognitive processes from the neuro-typical participants as well as the hospice patients,” says Lawrence Ward, a professor in the department of psychology at UBC. “We had to look very carefully at the individual control participants’ data, to see if each one of them showed a particular type of brain response before we felt confident that the unresponsive patient’s brain reacted similarly.”

This study was adapted from a European study that explored brain responses to sound in individual healthy participants, and in minimally conscious and unresponsive brain-injured patients. The UBC researchers applied a similar paradigm to actively dying unresponsive patients.

Blundon and Ward collaborated with Dr Romayne Gallagher, a palliative care physician at St John Hospice who has since retired. The research required patients to give their consent in advance. Thirteen families participated and brain recordings were obtained from five patients when they were unresponsive.

In Gallagher’s 30 years of treating dying patients, she has witnessed positive reactions in people when loved ones spoke to them in their final moments. Gallagher and her colleagues often wondered if hearing was the last sense to go. She contacted Ward to see if this theory could be proven.

“This research gives credence to the fact that hospice nurses and physicians noticed that the sounds of loved ones helped comfort people when they were dying,” says Gallagher. “And to me, it adds significant meaning to the last days and hours of life and shows that being present, in person or by phone, is meaningful. It is a comfort to be able to say goodbye and express love.”

Blundon says what while the evidence of brain activity supports the idea that a dying person might be hearing, they can’t confirm whether people are aware of what they’re hearing.

“Their brains responded to the auditory stimuli, but we can’t possibly know if they’re remembering, identifying voices, or understanding language,” says Blundon. “There are all these other questions that have yet to be answered. This first glimpse supports the idea that we have to keep talking to people when they are dying because something is happening in their brain.”