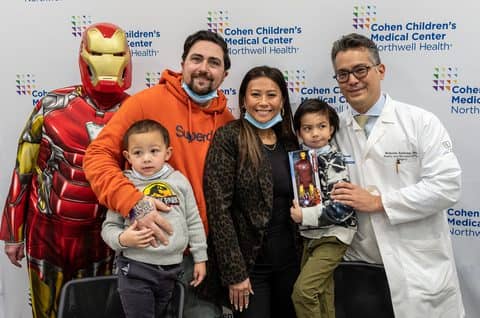 Luca Vacchio, 5, of Levittown, New York used to say that Iron Man was his favorite action hero. Now, thanks to the efforts of his pediatric plastic surgeon at Cohen Children’s Medical Center, Luca happily adds Nicholas Bastidas, MD, to his list, according to an announcement from Northwell Health. That’s because Dr Bastidas pioneered a method of constructing a new ear for the little boy who was born with hemifacial microsomia (HFM), a condition causing underdevelopment or no development of the face, ear, and jaw. Latest statistics reveal that HFM affects one in 4,000 children. In Luca’s case, it resulted in the child being born without a left ear.

Being born without an ear is emotionally traumatizing, according to Luca’s mother and father, Christa and Michael Vacchio. “We were so worried about Luca’s future,” said Christa. “When we found Dr Bastidas and learned that surgery would be possible right away, we were so relieved to have this option. Now we can be confident that Luca will escape bullying when he goes to school.”

Traditionally, a new ear would be created to correct HFM by using the child’s rib cartilage. But such surgery is generally postponed until the patient’s 10th birthday to allow for a rib cage large enough to harvest the correct amount of tissue. Knowing that this option was extremely painful, Luca’s parents began exploring their options and found Dr Bastidas, the “only surgeon in the world to perform reconstruction surgery by creating an ear out of cadaver rib cartilage using a 3D printed model,” according to the announcement.

“There are so many advantages to using cadaver tissue as opposed to the more traditional method,” said Dr Bastidas. “This surgery only requires 90 minutes of anesthesia and the child is sent home one hour after surgery. Compare this to the older method, where a child is under anesthesia for 4-6 hours and has to endure a 1-2 day overnight stay. Most important, our patient does not require narcotic pain medication and there is virtually no chance of infection. I truly hope this is a new beginning for future ear reconstructive surgeries.”

Luca underwent the first stage of his operation on December 15, 2021 (which was placement of the new ear); he is awaiting the final procedure in April 2022. During this second surgery, Dr Bastidas will remove the vestigial ear remnant and raise the new ear from Luca’s scalp to a position that will allow the child to wear glasses, get a hearing aid, and wear a mask, as examples.

When asked who his favorite action hero was, Luca immediately said, “It’s Iron Man, because he’s so brave and strong.”

To honor Luca’s courage during the first five years of his life dealing with his physical difference, a costume-clad Iron Man burst into the room and presented the star-struck youngster with an Iron Man action figure.

When asked what it was like to see Iron Man and Dr Bastidas in the same room at the same time, Luca gave a big thumbs-up. According to his parents, however, 5-year-old Luca’s courage, determination, and strength in the face of such challenges make him the greatest hero of them all. 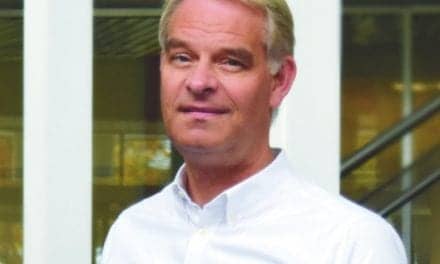 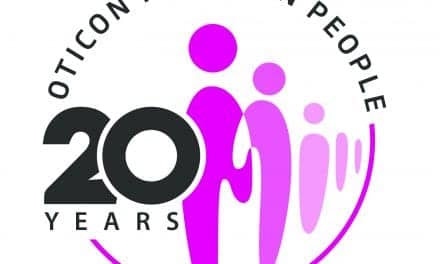