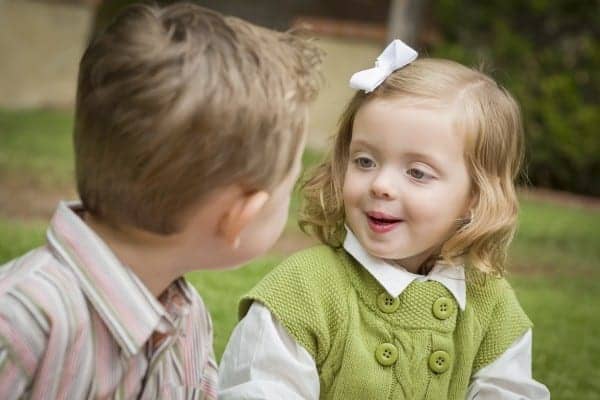 The authors note a strong connection between auditory dysfunction and autism, suggesting that hearing issues identified at birth can be a clue to monitor the child for autism. Uncovering hearing issues would also improve outcomes for all children because the finding would trigger early interventions.

“We know the vast majority of people with autism have some type of hearing problem connected to abnormalities in the brain,” said Randy Kulesza, Jr, PhD, professor of anatomy at Lake Erie College of Osteopathic Medicine. “That means these issues will be present and detectable at birth.”

Kulesza acknowledges that while the vast majority of people with autism have hearing issues, not everyone with hearing issues has autism. Still, he says early detection would benefit both groups.

“Especially early in life, the brain is very plastic, meaning the right early interventions can literally train out those deficits. The person might not be perfectly neurotypical but such interventions can improve function,” says Kulesza.

He also notes that hearing is critical to speech-language development, which in turn, also affects social-emotional development. By optimizing auditory function, the person’s quality of life can be profoundly better.

Currently, newborn babies have their hearing tested. However, Kulesza says those tests merely assess whether the child can hear on a pass/fail basis. He says stapedial reflex testing provides much more information about the types of dysfunction that may be present.

Stapedial reflex testing, also known as acoustic reflex testing, measures pressure changes in the middle ear in response to sounds. It assesses a person’s sensitivity and response times to a wide range of frequencies.

“Often people with autism suffer from hypersensitivity, meaning even relatively quiet sounds can feel like overwhelming noise,” says Kulesza. “If parents and physicians understand that from the start, they can work to acclimate the child’s sensitivity and make his or her experience of the world much less intense and frightening.”

While there are clear connections between autism spectrum disorders and auditory dysfunction, Kulesza says more research is needed to understand how best to employ interventions for those who have hearing issues.

One serious concern Kulesza shares is causing unnecessary stress to parents. He emphasizes that stapedial reflex testing should not be presented as a diagnostic tool for autism. Rather, parents should understand that testing positive for auditory dysfunction allows for tailored early intervention that will maximize their child’s potential.

Source: The Journal of the American Osteopathic Association