The trial that pits federal prosecutors and Starkey Hearing Technologies against four of the company’s former employees and associates—former president Jerry Ruzicka, former human resources manager Larry Miller, former Sonus US senior executive Jeff Taylor, and MicroTech founder Larry Hagen—got off to a contentious start on Wednesday, January 17, in Minneapolis. The defendants have been charged with and have pleaded not guilty to transferring restricted stock, creating sham companies, and collecting over $20 million in fake invoices, bonuses, and commissions in what has been described as a complicated and sophisticated scheme. In turn, the defense submitted evidence that Starkey Founder and CEO Bill Austin had been updated on the activities being litigated, and contended that Austin gave blanket approval for Ruzicka to run the company and even sign Austin’s name on documents.

In April, Jeffrey Longtain pleaded guilty to tax evasion and admitted to receiving money through the allegedly fraudulent actions of Ruzicka and Nelson in what was said to be a complicated scheme involving the transfer of as much as $8.2 million of stock for Starkey Hearing Technologies’ Oregon-based subsidiary Northland Hearing Centers in 2013. Longtain had been the COO and president of Northland. Then, in December, former Starkey CFO Scott Nelson pleaded guilty to a single count of conspiracy in an agreement with the US attorney’s office.

The main trial kicked off last week, with the prosecution submitting evidence to show that the disputed transactions and payments were made without the knowledge of Austin. According to a January 18 article in the Minneapolis Star Tribune, Austin directed two Starkey IT managers in 2015 to search Ruzicka’s email for evidence that he was plotting to recruit Starkey employees for a rival “hearables” start-up company. Instead, what they found was a W-2 form showing that then-CFO Nelson had earned $4 million in 2014—which led the company to turn over the information to the  the Federal Bureau of Investigation (FBI) and the US Attorney’s Office District of Minnesota. Subsequently, Ruzicka and Nelsons’ homes and computers were searched by the FBI in November 2015.

In his testimony on Wednesday, January 17, Starkey’s CTO Robert Duchscher described how Ruzicka’s close relationship with Austin and current President Brandon Sawalich deteriorated, with Ruzicka increasingly complaining about how he was the one actually running Starkey. Duchsher also said that Ruzicka presented him with a generous employment agreement that included a “loyalty contract” to be paid upon Duchsher’s retirement or termination, and that he was instructed not to discuss the contract with anyone in the company. However, in September 2015, he related the information to Austin who told him that no company owner “in their right mind” would ever sign such a contract. Upon searching Ruzicka’s computer, information was then uncovered about Longtain’s involvement with the transfer of Northland Hearing Center stock.

The case has also focused on several documents that appear to have the forged signature of Austin, as detailed in Friday’s court hearings and a January 19 Minneapolis Star Tribune article. In one of the disputed Northland papers, FBI special agent Brian Kinney showed how two “Austin” signatures on the same document did not match, and how another document used to transfer a loan guarantee from Austin to Northland Hearing Centers contained a suspicious “Austin” signature. The prosecution contends that Austin was unaware of the transfer of Northland stock; however, the defense maintains that Austin did know about the transfer, but reneged on the deal after he heard Ruzicka was planning to start up a rival company and recruit Starkey staff.

Later in the trial, Kinney and US Assistant Attorney Surya Saxena submitted evidence that included three checks worth a total of $7 million for deposit into the investment accounts of of Ruzicka, Nelson, and Longtain, and another $8 million to cover their tax liabilities. The prosecution alleges that the executives secretly inflated their compensation and bonuses. Emails showed by Kinney also indicated that payroll information sent to Austin was repeatedly altered or deleted.

However, the defense presented evidence that suggested several Starkey employees, including Sawalich (who is Austin’s stepson), may have routinely signed documents for Austin, according to a January 24 Star Tribune article. Ruzicka’s attorney, John Conard, said that Austin often told Ruzicka to sign documents for him, which explains why there could be two different “Austin” signatures on the same page. Similarly, Conard pointed out that W-2 forms of the defendants had correct information, and these were ultimately the responsibility of Austin, who is the sole member of Starkey’s board. He also presented evidence that, in the mid-1980s, the company had approved “Starkey shares” to top executives, refuting the prosecution’s claims that the company rarely used “non-traditional compensation” as part of its employment rewards.

Additionally, Conard has leveled a discovery complaint about the prosecution’s failure to disclose information from an interview in which Nelson said he had discussed the Northland stock transfers with Austin in 2006. Conard says this information would have had the potential to change the opening statements for all four defendents. US District Judge John Tunheim said he would take this under consideration. 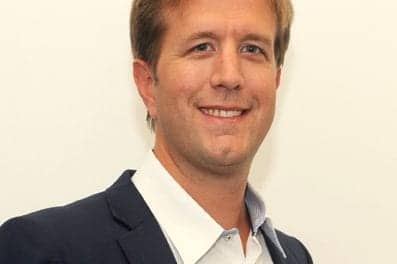 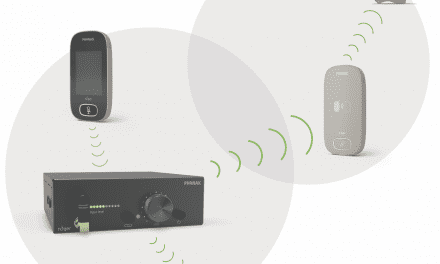