Mr Spar, along with his lifelong friend and business partner, Henry Meltsner, founded Hal-Hen in 1946, and then 10 years later, in 1956, established Widex USA. The two men were instrumental in the independent dispensing movement (ie, the break from single-line dispensing outlets) that swept the United States starting in the late 1950s. Mr Spar was an extremely influential figure in US hearing aid dispensing, and was well known for his kindness, humor, business acumen, and work ethic. Harold continued to work well into his 90s.

“Mr Spar’s legacy at Widex USA will live on, both in the vision of the company as well as in the hearts of all the people who have had the pleasure of working and knowing him through the years,” wrote Widex President Jeffrey Geigel.

As detailed in a November 2006 Hearing Review article, as well as in Mr Meltsner’s obituary in the January 2014 HR, Hal-Hen was started by Spar and Meltsner, two high school friends from the Bronx following the completion of their service in the Navy during World War II—both enlisted right after the attack on Pearl Harbor. After the war, Spar and Meltsner decided to go into business together, pooling what little money they had between them—$400 in military discharge pay—and parlaying their Navy-acquired knowledge of electronics into a company that initially manufactured colored light bulbs, which were scarce at the time. Their fledgling company veered into the hearing aid industry a short time later when Spar’s cousin, who worked for American Earphone Co, asked them to assemble a hearing aid receiver cord.

Upon completion of that job, Spar and Meltsner engaged in a bit of detective work and discovered that the industry practice at the time was for exclusive relationships between manufacturers and dispensers. As such, if a hearing aid user were traveling out of state and the receiver cord broke, he might encounter difficulty finding a shop that carried the brand.

A business was born. In the course of calling on dispensers to market the Hal-Hen line of replacement cords, he and Spar made a point of asking each retailer what other products individuals with hearing impairments might require.

Ultimately, they were successful in adding and innovating new offerings for what eventually became over 4,000 products in the Hal-Hen line, including necklaces that concealed hearing aid cords, hearing stethosets, as well as the earliest of hearing aid drying kits (Dry-Aid™).

“Early in the 1950s, Hal and I saw the future, and we recognized that it would not include hearing aid cords—which was our main line of products!” said Meltsner in the HR interview. “So we got together and started discussing the possibility of getting a hearing aid line.”

In 1956, another pioneer of independent dispensing, Peter C. Werth of England, introduced Meltsner and Spar to a pair of Swiss and Danish entrepreneurs who had just started up a new hearing aid company: Christian Tøpholm and Erik Westermann whose new company was Widex A/S in Copenhagen. Spar and Meltsner became the fledgling company’s US distributor, creating Widex Hearing Aid Company. It went on to become Widex USA, a part of one of the “Big 6” global hearing aid manufacturers. The Spar and Meltsner families sold their interests in Widex USA to Widex A/S in 2010, but continue to own and operate Hal-Hen. Spar’s son, Eric, is currently the vice-president of strategic development at Widex, and Meltsner’s son, Ron, is the president of Hal-Hen.

Born in Queens, NY on May 7th 1921, Harold lived a long, joyful, and productive life, says his obituary. He was married for 66 years to his beloved Mildred, to whom he professed his love on a daily basis. He is survived by three children, seven grandchildren, and three great-grandchildren.

A service will held today, April 19th at 12:45 at Sinai Chapels, 162-05 Horace Harding Expy, Fresh Meadows. The family will sit shiva Wednesday evening from 4-8:30PM in the community room of the Horizon, 61 Bryant Ave, Roslyn. In lieu of flowers, the family requests that donations be made in Harold’s memory to the US Navy Memorial in Washington, DC, or to the American Heart Association. 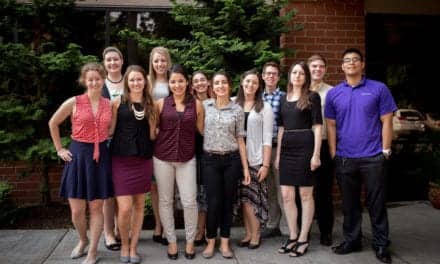 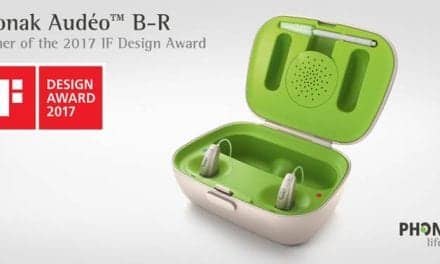 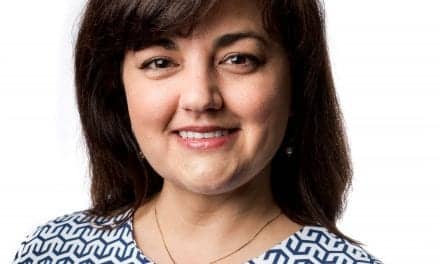 Phonak Appoints Kelly Wassell as Director of Marketing for Lyric