The Future of Captioned Telephones 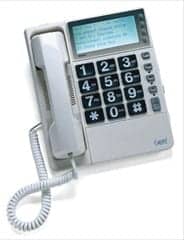 Assistive hearing technology has come a long way in a relatively short period of time. In fact, the entire history of the technology is less than a half-century old.

From the moment Teletypewriters (TTY) were introduced via the Public Switch Telephone Network (PSTN) in 1964, improvement and convenience have been the name of the game. The 1990s brought Relay services for people who are deaf. From there, Video and Internet Relay—as well as more advanced hearing aids and assistive listening devices—followed quickly.

However, as these technologies progressed, a majority of individuals with hearing loss were still not well served by existing forms of Relay. These individuals could speak for themselves, but still required some assistance understanding what others were saying, particularly on the telephone.

It was in response to the needs of this group, coupled with major innovations in voice recognition (VR) technology, that led Ultratec, based in Madison, Wis, to work with service providers, such as Hamilton Telecommunications, to develop Captioned Telephone (CapTel®) and Web CapTel® services. The companies’ objective was to provide a viable service for people with hearing loss, and make the service easy to use—the functional equivalent of a traditional telephone call, according to Hamilton Telecommunications President John Nelson. The company now offers traditional CapTel service in 15 states and Web CapTel in all 50 states.

CapTel allows users with virtually any amount of residual hearing to listen to and see a captioned display of what the other party is saying during their phone conversations (Figure 1). The captions can be read for clarification, while the user can speak back to the other party. This allows for a convenient and natural telephone conversation.

The specially designed CapTel phone features a prominent display screen that can be turned on to provide captioning, or turned off and used as a regular phone. As necessary, the telephone volume can reach up to 35 dB. Employing the latest VR technology, a Captioning Assistant (CA) repeats every word the other party says. The words are then displayed as captions on the CapTel user’s phone.

CapTel service is designed to provide a logical step up from traditional Relay services. In traditional Relay, the Relay operator is an active party on the call. Both parties may be asked to slow down, clarify statements, or repeat parts of the conversation in order for the operator to correctly type captions for the Relay user.

With CapTel technology, the CA who monitors the call does not interact directly with either caller. This gives the CapTel user complete control of the call. The CA only hears the other party’s words and only re-voices their words. Those words are then turned into captions for the CapTel user, using advanced VR technology.

CapTel technology is currently one of the most advanced methods in telephony for assisting those with hearing loss. No matter how severe an individual’s hearing loss, CapTel has different options to meet the needs of the user.

Installation of CapTel service requires no special additional services on the second line, such as long distance, call waiting, or caller ID. A standard analog phone line or DSL line with an analog filter is all that is needed to use a CapTel phone.

Computer and Internet technology has advanced to the point that captioning services are now available anywhere in the country. Hamilton and other captioning providers make this possible through Web CapTel (Figure 4).

Using the same transcription and VR technology, Web CapTel provides captioning services to anyone with access to a standard or mobile telephone and a computer with a high-speed Internet connection. The captions are displayed on the user’s computer screen, where the size of the captions can be enlarged for easy review of the conversation. Web CapTel also allows the conversation to be saved and even printed.

Captioning Assistants. The success of CapTel calls relies upon the expertise of the Captioning Assistant. The CAs are trained to repeat the other party’s words clearly, concisely, and, whenever possible, without interruption. This allows the exact message to be conveyed through the VR software.

The CA’s voice is instantly processed by the VR system, which breaks the spoken words into sounds. These sounds are then sent in “digital packets” over a dial-up modem, or in “IP packets” over the Internet when Web CapTel is used.

The CAs undergo several weeks of training, according to Ultratec’s Vice President of Technology Development, Kevin Colwell, and they are specifically recruited for the voice recognition transcription process. During that time, they build their transcription skills and must pass several qualification tests for speed and accuracy. This training is designed to keep phone conversations flowing as smoothly and with as little delay as possible. CapTel quality assurance personnel regularly monitor each CA’s performance, and each CA must pass a monthly qualification test in order to remain current.

Voice Recognition. Voice recognition technology is the true heart and soul behind the effectiveness of CapTel services. New improvements in VR technology are constantly being developed.

The key to efficient transcription is to speak clearly. CAs are trained to achieve transcription speeds of 130-170 words per minute. This nearly matches the speed of regular speech and helps the call maintain a nearly “normal” tempo.

In addition, because the voice of the CA is used during transcription, the VR technology virtually eliminates errors. In fact, the CAs are tested to an accuracy rate of 98% or higher.

On rare occasions when the technology mistakes one word for a similar-sounding word (for example, “writing” versus “riding”), the CA is able to immediately correct the caption by retyping the correct word. Proper names, foreign phrases, and street addresses may also have to be typed by the CA when the system has difficulty recognizing them through the re-voicing process.

However, these challenges are being tackled as future VR technologies are developed. Larger vocabularies and data libraries will be added to CapTel voice recognition systems in the future. These include additional languages, technical jargon, and new words that invariably come into popular use over time.

Increased memory and computing power are also playing an important role in keeping CapTel services convenient and in high demand. CapTel updates its systems on a regular basis in order to provide services on a larger scale, according to Dixie Ziegler, vice president of Hamilton Relay. She maintains that, as voice recognition technology improves, it will lead to even more capabilities for the CapTel user. 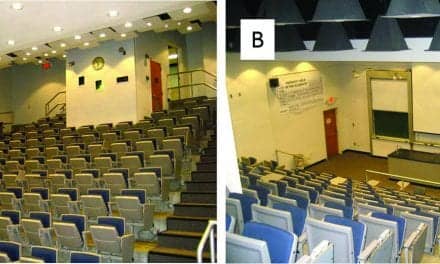