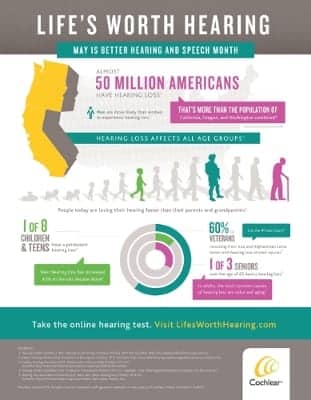 Cochlear Limited has announced a collaboration with Nina Poersch, a deaf contestant from the CBS television show Survivor, during Better Hearing and Speech Month to educate the public on living with hearing loss and how cochlear implants have helped her.

According to Cochlear, during the month of May as part of the company’s Life’s Worth Hearing initiative, Poersch will be speaking to local communities around the country about her cochlear implant story in an effort to inspire others to take action and get treatment for hearing loss. 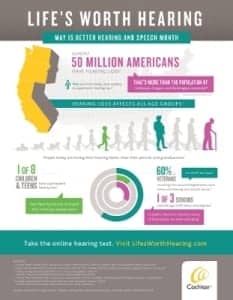 “In this day and age, we are fortunate enough to have a variety of hearing loss treatments at our disposal, so there is no reason why anyone should have to struggle to hear,” said Poersch, Survivor Season 30 contestant and cochlear implant recipient. “Take my story for instance. When I lost my hearing, I soon realized that hearing aids wouldn’t work for me, but was told that I most likely wouldn’t qualify for a cochlear implant. I insisted on being tested, and it turned out that I was a candidate for the technology. I have lived my life the same way ever since. I don’t let anything stand in the way of my dreams just because I may have difficulty hearing.”

Cochlear Limited reports that, as in Poersch’s case, many hearing professionals may be unclear of the current criteria to determine hearing implant candidacy, especially with newer cochlear hybrid hearing solutions. According to Cochlear’s announcement, in a survey of 594 cochlear implant recipients, less than half (46%) reported being referred by audiologists or hearing aid dispensers, and 20% reported they were not referred by any professional, and instead learned about the technology elsewhere. The company says this data demonstrates that it is increasingly important for people who are struggling with their hearing aids to proactively ask their physician about other solutions, including implantable hearing technology.

“Even the most advanced hearing aids may not be enough for some people, making it very difficult to work, advance in their careers and keep in contact with their loved ones,” said Chris Smith, president of Cochlear Americas. “This is the reason why we do what we do. We are here to improve the quality of life of those with hearing loss and empower them to hear and be heard. We are dedicated to bringing to market new solutions that treat a variety of different hearing losses and provide people with a renewed sense of hope where it was once lost. We are honored to work with Nina Poersch on this endeavor and encourage those impacted by the condition to take action today.”

May is Better Hearing and Speech Month

Better Hearing and Speech Month is an annual event that has taken place every May since 1927. The event was started to raise public awareness, knowledge and understanding of various forms of communication impairments, including hearing and speech.

As part of Cochlear Limited’s efforts to help raise public awareness during Better Hearing and Speech Month (BHSM), the company has gathered together the following information on hearing loss: