Deafness often strikes in early childhood, severely damaging an affected child’s ability to learn speech and language, and in many cases, children gradually lose their hearing to become profoundly deaf over a long period of months to years, says the nonprofit The Company of Biologists, Cambridge, UK, in a statement. More than half of the cases of childhood deafness are estimated to be due to defects in just one gene passed from the mother or father, and many of these deafness genes have been identified, it says. However, it has been difficult to work out exactly how these genes cause such wholesale effects.

John Oghalai, MD, Baylor College of Medicine, Houston, has been wrestling with this problem during his entire career. His work as a clinician, directing a team performing cochlear implants and corrective surgery on the ear and cranium, has armed him with clinical insights that inform his laboratory’s research into the causes and treatment of deafness. Together with a team spearheaded by postdoctoral fellow Anping Xia, he has now created mice that carry a mutation in one of the genes, called alpha tectorin, known to cause progressive childhood deafness.

The mice develop the same hearing problems as children. Oghalai’s team is now able to look in detail at exactly what is going wrong in the development of the inner ears of their mice. Insights have been gained into how and why the mutation affects processing of soundwaves entering the ear, and there are clues that the inner ear’s attempts to compensate for the hearing loss may cause ongoing damage, leading eventually to profound deafness.

Oghalai hopes that the mice will help in developing new therapies to slow or even halt hearing loss, not only in children, but also in elderly people, tackling a major cause of isolation and depression.

[Source: Eureka Alert on behalf of The Company of Biologists] 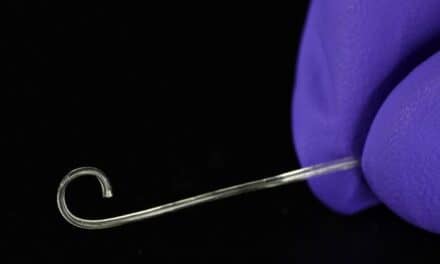 Nerve Implants May Expand Sound Range For The Deaf