San Jose, Calif— The global market for audiological devices is forecast to reach US$22 billion by the year 2015, according to a new market report from Global Industry Analysts (GIA).

The reason behind the projected growth? An aging population due to the retiring Baby Boom population translates into favorable growth for hearing instruments and audiological services worldwide.

According to the World Health Organization, there are approximately 300 million people worldwide currently suffering from moderate to severe hearing loss, and this number is expected to inflate to 700 million by the year 2015, according to the report. With less than 20% of hearing-impaired people presently using hearing instruments, there exists huge potential for hearing aids in the coming years.

Long life expectancy and affluence are important factors that favor the market. Regions that offer a favorable environment, particularly the above two factors, represent areas of fastest growth.

Another factor impacting market growth is the miniaturization trend that led to the development of hybrid analog/digital devices, which are more advanced than their contemporaries.

Europe represents the largest region for audiological devices. The United States is the second largest market. However, the main growth factor is expected to emanate from Asia-Pacific, which the report projects will register a compounded annual growth of more than 9% during the analysis period.

On the other hand, the report says that there will be relatively low penetration rate in emerging countries such as Russia, Brazil, India, Taiwan, and China, which presents a huge untapped market potential for hearing aid manufacturers.

In terms of hearing devices, BTEs represent the largest and fastest growing subsegment, but cochlear implants are also gaining market share and are forecast to grow at a compounded annual growth rate of more than 15% during the analysis period.

The report also cites that there will be further growth in combination hearing devices, such as hearing aids combined with consumer electronics, including FMs and iPods, etc.

In addition, GIA says in its press release that there will be a niche demand for disposable hearing aids, as well as growing demand for hearing aids from teenagers and the 30 plus age group.

The research report is titled “Audiological Devices: A Global Strategic Business Report” and is available for purchase online.

Cochlear, Ltd Warns That Demand for Implants May be Slow in China Due to Coronavirus 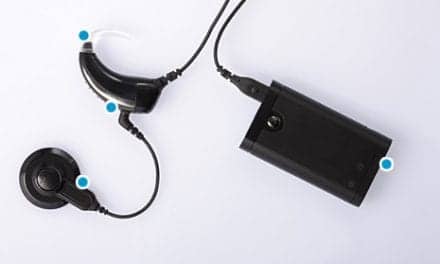