Chicago — Northwestern Memorial Hospital is one of nine centers in the United States that are participating in a study investigating the effectiveness of a new cochlear implant device that aims to restore hearing for individuals with high-frequency hearing loss and functional low-frequency hearing.

This group of patients doesn’t meet the criteria for conventional cochlear implants because they have near perfect residual hearing in low pitches that allows them to perform well on tests used to determine candidacy for traditional implants. However, their hearing in high pitches is so poor that a hearing aid is not helpful, making them ideally suited for the hybrid implant which addresses both issues.

Principal investigator of the study, Andrew Fishman, MD, staff in the departments of otolaryngology and neurosurgery at Northwestern University’s Feinberg School of Medicine, commented in a press statement, "We are hopeful that the hybrid cochlear implant will provide a subset of people who were previously not candidates for an implantable device the opportunity to test the device to determine if they can experience sound again."

He added that the potential for patients with a significant amount of residual hearing, but a large amount of high-frequency hearing loss, to have an alternative to hearing aids would be a great improvement to what is currently available.

Cochlear implants are designed to stimulate the auditory nerve by bypassing damaged parts of the ear. A small battery-operated mini "computer" and microphone are worn on the outside of the ear and convert sounds into electric signals. The signals are then transmitted to implant electrodes in the cochlea, which stimulate the nerve endings so sound can be perceived by the brain.

"The surgical implantation of cochlear devices is typically done on an outpatient basis, and usually with non-serious complications, aside from mild discomfort following surgery," said Northwestern Medicine otolaryngologist Alan Micco, MD, co-investigator of the study and chief of otology/neurotology at the Feinberg School of Medicine. "A few weeks following surgery, the activation process and fine-tuning take place to determine what audio thresholds work best for the individual, and sounds can usually be perceived shortly thereafter."

Post-activation evaluations take place at 3, 6 and 12 months following the initial activation process to assess progress of the cochlear implant. An audiologist will also test the implant to determine if participants are able to understand words and sentences in noisy and quiet environments, as well as recognize music.

Northwestern reports that, so far, study patients appear to be very excited and encouraged by their experience with the implant and are hearing better. 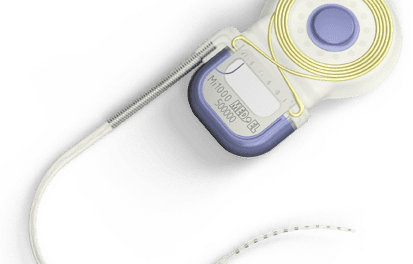