What factors would most likely lead non-adopters to purchase hearing aids?

This installment of MarkeTrak rates 53 factors that might help persuade a reluctant non-hearing aid user to pursue hearing help, including financial and price considerations, multi-environmental listening utility, product features, and psychosocial barriers in the purchase of hearing aids.

Nearly 1 in 4 people with hearing loss own hearing aids—up from 1 in 5 people in the 1980s. Barriers to hearing aid adoption have been explored in detail in past MarkeTrak publications.1-3 Historically, one of the key reasons for non-adoption of hearing aids has been “my hearing loss is too mild to require amplification.”

The objectives of the following study were to: 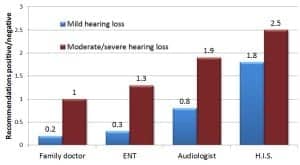 We will only summarize the research methodology that has been described in detail in a previous publication.4

With respect to this study, non-adopters were asked about: 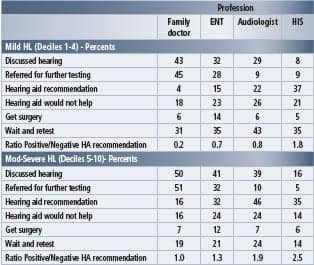 Additionally, they were presented with 53 influencing factors—issues that could possibly expedite their decision to purchase a hearing aid within the next 2 years. They were asked to rate each factor on a 5-point scale where a score of 5 = “much more likely to purchase a hearing aid,” 3 = “somewhat more likely,” and 1 = “not more likely.” The issues presented included: enhancements to hearing aids (22 factors), improvements in the utility of hearing aids (7), price of hearing aids and change in financial situation (13), and psycho-social factors (11) including quality of life changes in the individual’s life and recommendations from their social and professional network.

Throughout this publication, comparisons are made between people with mild hearing loss (Deciles 1-4) and moderate-severe hearing loss (Deciles 5-10); however, the focus will be on this latter group, which represents the typical consumer of hearing aids. It should also be recognized that, in all cases, these are consumers’ perceptions of these factors.

Referrals and hearing aid recommendations. Table 1 documents visitation with medical and hearing care professionals, segmented by the patients’ degree of hearing loss. People with either mild or moderate-severe hearing loss were more likely to discuss their hearing with their family doctor (43% and 50%, respectively), followed by an ENT, audiologist, and hearing instrument specialist (HIS). 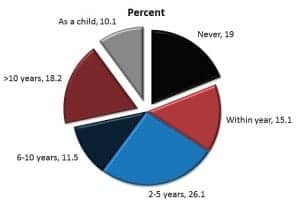 As shown in Figure 1 and in Table 1, all professionals, except hearing instrument specialists, are more likely to recommend against hearing aids for people with mild hearing loss. For example, family doctors recommend hearing aids to 4% of people with mild hearing loss while recommending against to 18%, for a positive/negative ratio of 0.2 (4%/18%). In comparison, hearing instrument specialists give nearly twice as many positive recommendations for hearing aids as they give negatives. 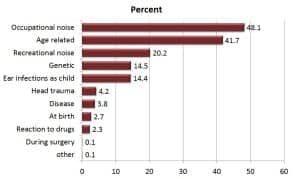 Hearing aid purchase intent is highly related to degree of hearing loss. For example, subjects with a very mild hearing loss (Decile 1) show only a 1.8% chance of purchasing hearing aids in less than 2 years compared to subjects in Decile 9 with nearly a 1 in 5 chance; we see a decline in Decile 10 most likely because many of people in this decile are either deaf or not candidates for traditional amplification. 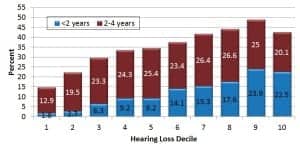 The demography of people reporting to purchase hearing aids in 6 months to a year is shown in Table 2a. On average they are 66 years old, slightly younger than the typical new user who is 68.8. More than half (55%) are male, and they are more affluent than the typical new user ($61,500 versus $54,000 household income per year). Factors that influenced them to want to purchase in the near future are recognition that their hearing loss got worse (69%), spouse or relative influence (53%), and safety concerns (21%), followed by recommendations of an audiologist (20%) and ENT (18%). Typically, new users report only 5% of the time that safety is a key influencing factor.4 Price, insurance coverage, and receipt of a free hearing aid influenced 14%, 17%, and 11%, respectively (typically, 6% and 8.5% of new users report price and receipt of a free hearing aid as a factor). All media (print, TV, radio) influenced 13% while no specific media garnered more than 5% of the influencing factors.

Table 2b documents the hearing loss characteristics of people reporting a short-term purchase intent. Seven out of 10 have a self-perceived bilateral hearing loss, the majority (61%) report their hearing loss as moderate, close to half cannot hear a whisper or speech across a room without visual cues, more than half report that hearing in noise is either quite or extremely difficult for them, they are more likely to be in the top quadrant on the BHI Quick Hearing Check (37%), and to be in hearing loss Deciles 6-9. On average, they have been aware of their hearing loss for 9.5 years (median = 5 years), which is longer than the typical hearing aid user (mean = 6.7 years, median = 3 years).4Do non-adopters with hearing loss use other devices to compensate for their hearing loss? In an earlier publication,5 we demonstrated that more than a million people use personal sound amplification products (PSAPs) that cost less than $50; however, what about assistive listening devices (ALDs)? Hearing-impaired non-adopters reported non-use of loop systems in teleconferencing, telephone captioning services, alerting devices, and external microphones. Only a small minority use a telephone ring indicator (14%), telephone amplifier (7%), earphones for the television (3%), amplified headsets in public places (2%), and loop systems with headsets in public places (0.5%). 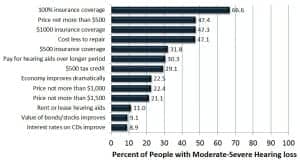 Historically, the MarkeTrak survey has focused on obstacles to hearing aid purchase.1-3 We thought it would be of interest to present the hearing-impaired consumer with a number of improvements in four key areas: financial, hearing aid listening utility, product enhancements, and psycho-social changes. 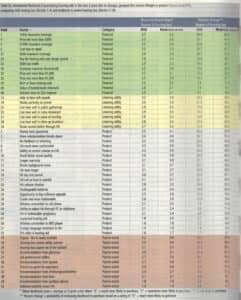 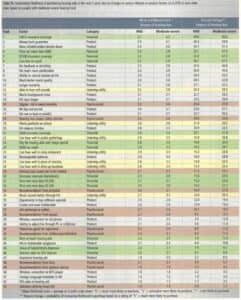 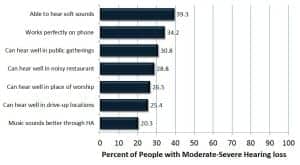 Figure 5b. Percent likelihood of adopting hearing aids within 2 years based on changes in hearing aid utility for people with moderate-severe hearing loss.

Renting or leasing hearing aids, improvements on CD yields, or higher stock/bond values would do little to increase demand; however, significant improvements in the economy would influence 1 in 5 people (18%) with moderate-severe hearing loss closer to a hearing aid purchase decision.

Figure 5b and the second section of Table 3a examine improvements in hearing aid listening utility. Certainly there are infinite acoustic environments we could present to potential hearing aid users. We chose seven that we thought were representative and non-redundant.

With respect to far-field utility (public gatherings, conventions, theaters, restaurants, places of worship, and drive-up locations), between 25% and 30% of people with moderate-severe hearing loss would be highly motivated if hearing aids allowed them to function much better in these environments. Only 1 in 5 (20.3%) would be motivated if their ability to hear music through their hearing aids was improved. 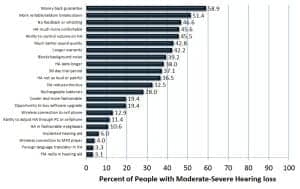 Figure 5c and the third section of Table 3a look at improvements to hearing aids. The number-one factor sought by potential consumers is a money back guarantee if their hearing aids do not provide them enough benefit. In fact, 3 in 5 people (58.9%) with moderate-severe hearing loss would be motivated to purchase if they had such a guarantee.

Approximately one-half of potential consumers (45% to 51%) are looking for hearing aids that are more reliable (seldom break down), are less costly to repair, do not whistle or feedback, are much more comfortable, and have a volume control. About 2 in 5 (37% to 43%) would be more motivated to adopt hearing aids if the devices had better sound quality, a longer warranty, blocked background noise, had a longer life, and a 90-day trial period.

About one-quarter to one-third of potential consumers (28% to 36%) are seeking hearing aids that are not so loud or in which the sound is not painful or reduces their tinnitus, and the device has rechargeable batteries. One in four potential consumers (19.4%) would be more motivated to adopt hearing aids if they could purchase software upgrades for their devices instead of a new hearing aid or if they were more cooler/fashionable. 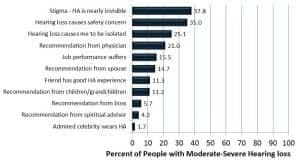 Figure 5d and the final section of Table 3a show the impact of changes in the individual’s quality of life, as well as recommendations from key people in their social network.

The top influencing factor (nearly 2 in 5 people) in this category is convincing the potential consumer that the hearing aid is invisible or nearly invisible. This desire for invisibility can only be related to the stigma of wearing hearing aids. About one-third (35.0%) would be motivated if they thought their hearing loss impacted their safety or the safety of others, while one-fourth (25.1%) would be motivated if they felt more socially isolated.

Factors least likely to influence a consumer (11% or less) are: a friend has a good hearing aid experience, and recommendations from children/grandchildren, bosses, or spiritual advisors. The lowest-ranked influencer is if a celebrity they admired wore a hearing aid.

In reflecting on the non-adopter population and factors that would, from their viewpoint, expedite the hearing aid adoption decision, the following issues stand out:

This study was made possible by a special grant from Knowles Electronics, Inc, Itasca, Ill.

Correspondence can be addressed to HR or Sergei Kochkin, PhD, at [email protected]. 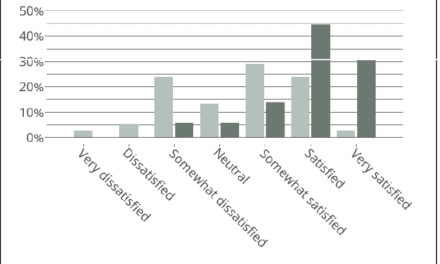 Sound Quality for All: The Benefits of Ultra-fast Signal Processing in Hearing Aids 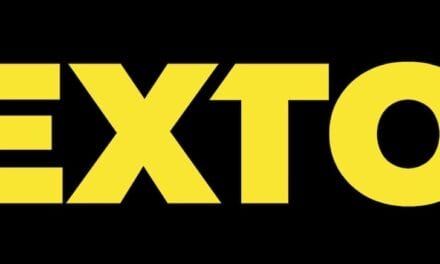 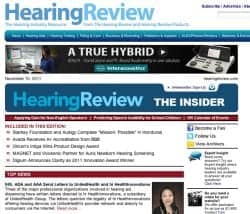