WASHINGTON, DC — According to statistics generated by the Hearing Industries Association (HIA), hearing aids dispensed in the United States during 2007 totaled 2.42 million units, an increase of 2.3%. However, it should be remembered that this relatively small increase follows a  7.7% increase in 2006 (Figure 1), the industry’s largest year-on-year increase since 1997.

As reported in the July 26 HR Insider, first-half 2007 net hearing instrument unit sales increased by 3.47% (aided greatly by a 5.9% increase in sales during the Quarter 2), then increased by only 1.2% in the second half, compared to 2006 figures.

Private sector sales (ie, non-government dispensing activity that excludes the Veterans Administration) of hearing aid units were relatively flat, increasing by only 1.3% in 2007. Dispensing activity in 2007 for the private sector increased by 2.2% in the first half but then flattened out (0.45%) in the second half of the year.

BTEs now constitute 51.4% of the overall US market. At mid-year, BTEs constituted 50.2% of all hearing aid sales (private sector: 52.02%, VA: 38.76%), driven largely by the popularity of mini-BTE, open-fit, and receiver-in-the-ear technology, as well as the increased use of directional systems and perhaps other hearing aid features that could favor BTE use. BTEs constitute 53.3% of private sector disensing activity and 40.5% of VA dispensing activity.

Ten years ago, in 1997, BTE market penetration was only 18.8% (Figure 1), and the percentages of BTEs rose fairly slowly until 2003, when ReSoundAir, Sebotek PAC, and several other BTE-related innovations started to appear on the market. From that point, BTE market share has climbed steeply, and BTE use will continue to increase, albeit perhaps not at the same clip as witnessed in 2007. Although there is still plenty of room to grow, in all likelihood, BTE market share will not come close to matching the levels seen in Europe; for example, BTE market penetration is estimated at 83% in France and 89% in Germany.

Final analysis and predictions.  The 2.3% net unit gain in 2007 is on the low-end of HR’s prediction of 2% to 5% in the May 2007 HR. Perhaps, the best news to take away from this latest set of HIA statistics is that hearing aid sales volume has increased each year for the past 5 years—the longest continuous stretch of positive sales since the 7-year period from 1994 to 2000. Quarterly sales in 2007 were fairly consistent, with 1.1%, 5.9%, 1.9%, and 0.4% gains in Quarters 1 to 4, respectively. The smaller percentage-gains experienced this year in the Quarters 1 and 4 were largely the result of double-digit quarterly gains during the same quarters of 2006. In other words, although the smaller percentage increases are nothing to “jump for joy” about, they are also nothing to panic about.

The final analysis? Looking at the up-and-down nature of US hearing aid sales during the past 5 years, and assuming that the nation experiences (at least) a short recessionary period that crimps but does not cripple the fixed earnings of the nation’s 65+ year old population, HR predicts a similar hearing aid sales increase of 2% to 4% in 2008.

It should be noted that, apart from the dark economic indicators, there are many things to be excited about in hearing care and dispensing: mini-BTEs and open-fits; the possibility for a hearing aid tax credit; high levels of positive media attention and publicity about hearing healthcare; evidence for more first-time users; better SNR strategies and algorithms; new wireless devices and capabilities; and incredible new research and product development. Should the overall economic prospects of the nation miraculously improve, one might expect an increase in hearing instrument volume exceeding 5%. 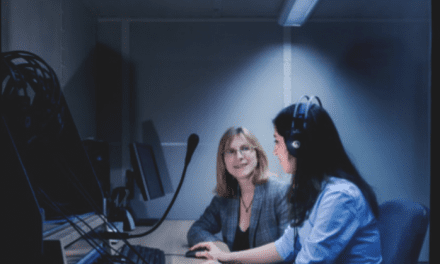