Cochlear Americas, a leader in advanced hearing solutions, has announced the winners of the 2008 Graeme Clark Scholarship awards. Each scholarship award is given in the amount of $2,000 per year for up to a total of four years. This year five students have been selected to receive up to $38,000 of financial assistance toward an accredited university.

The Graeme Clark Cochlear Scholarship Foundation was launched in 2002 to recognize the remarkable achievements of individuals who have received a Nucleus cochlear implant – a small electronic device that can restore a sense of hearing to someone who is deaf.

“This year’s scholarship winners were selected from an inspirational pool of applicants who have benefited through use of their cochlear implants,” Chris Smith, president, Cochlear Americas, says. “We believe that education empowers people to be more independent and to more fully participate in the economic and social benefits of our society and are happy to be able to provide assistance to such intelligent and successful young adults as they move into the next chapter of their lives.”

The scholarship winners include:

Shoshana Cohn (West Hartford, Conn), a freshman at Bowdoin College. Cohn was diagnosed with hearing loss at 8 months and received a Nucleus cochlear implant in her right ear at age 7 and in her left ear at age 15.

Francisco Raymond Lara (Phoenix, Ariz), a sophomore at the National Technical Institute for the Deaf. Lara has suffered from hearing loss since age 3 and received a Nucleus cochlear implant at age 14.

Cochlear Americas reports that it received 95 scholarship applications for the 2008 award from students in 24 states across the US and three provinces in Canada. Eligible standards require that students must have a Nucleus cochlear implant and must be entering their first year of college or enrolled in an accredited university. Selection criteria include academic performance, letters of recommendation, awards and activities, and a short personal essay describing academic inspiration and other interests. Brief biographies of the scholarship winners may be found by visiting www.cochlearamericas.com. 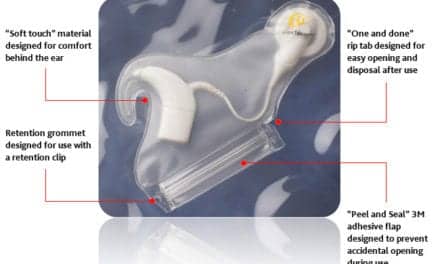