In the medical nursing unit of Stanford Hospital and Clinics, Palo Alto, Calif, the culprit turned out to be linen supply closet doors. Designed to close ever so quietly, they were banging shut at night—keeping patients awake.

To the rescue came the Night Shift Noise Reduction Project, armed with SHHH (Silent Hospitals Help Healing) signs, says a statement released by the hospital. Instead of stuffing towels around the doors to deaden the noise, the signs urged nurses to call the General Services Response Center to adjust the door-closing mechanisms. Also helpful: unload supplies quietly at night, and be sure to keep your voices soft.

Are patients now sleeping more soundly on the D-ground unit? Chuck Pitkofsky, RN, MSN, a member of the noise-reduction team, said in the statement that patient survey results from the pilot test period will be available some time in June, but anecdotally, nurse managers have been saying it seems quieter.

When Pitkofsky, Jodi Blanchard, Dan Polcyn, Buffie Stark, Carlos Villalva, and Carol Walovich were tapped last September to form a team and pick a project for the SHC Leadership Academy, they decided to go on an investigative mission to determine the sources of nighttime noise. Four nursing units had scored poorly on the Picker survey, a national patient-satisfaction instrument that is mailed to patients after they are discharged, the hospital says, noting that responses to a question asking about noise levels had drawn consistently poor numbers in those units.

The noise-reduction team was expanded to include the nurse managers from the four units. Nighttime visits to those units with a decibel meter in hand confirmed that the causes of noise at the hospital were legion, the hospital says. Service carts rattled over threshold strips, HVAC units wheezed, water pipes burped, helicopters landed and took off, telephones rang, voices rose at nursing stations, and beeps and bongs emanating from monitors, keypad codes and IV alarms, the hospital says.

Myra Lang, RN, MS, CCRN, patient care manager of unit B2 for intermediate cardiac care said in the statement that the alarms cannot be turned off, and noise can increase from there—with people speaking louder so their voices are heard while alarms or phones ring.

The noise-reduction team looked at the kinds of noises they could shush, and took action, says the hospital. SHHH posters were hung at nursing stations and at the doors to patient units, urging quiet with a stylized finger on cartoon-strip lips. The team also purchased two SoundEars, LED displays in the shape of a human ear that light up—green, yellow, or red—when noise thresholds are crossed. The ears were rotated among the four pilot units, and Pitkofsky said in the statement that there was a module atop the unit that monitored noise continuously for a week.

Pitkofsky’s nursing unit is perched above a first-floor construction project, the hospital says. In the early days of the project he went downstairs to the site to check out workers’ earplugs. The team promptly ordered the same earplugs for hospital patients—bright orange foam plugs with a noise-reduction rating of 33, the hospital says.

Also, the nurses requested the type of pulse-oximeter probes that routinely are used in intensive care units to monitor oxygen levels in a patient’s blood. The ICU probes are more expensive but also stay on patients’ fingers better, thereby avoiding the alarms that sound if the probes inadvertently slide off, the hospital said in the statement.

Finally, each nursing unit was encouraged to appoint a "noise champion" to be responsible for customizing noise-reduction strategies on his or her floor, according to the hospital. Suggested bedtime routine as of 10 pm: dim hall lights, move nursing conversations behind closed doors, close patient room doors if possible and keep hallway conversations to a minimum, the hospital said in the statement.

The pilot project ended in April, but Pitkofsky said a patient survey the team developed to detect sources of noise still is being distributed biweekly in a number of nursing units. He says the team’s recommendation would be to continue with the survey and the noise-reduction strategies, which the team hopes would be rolled out to the rest of the hospital. 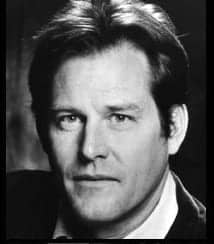 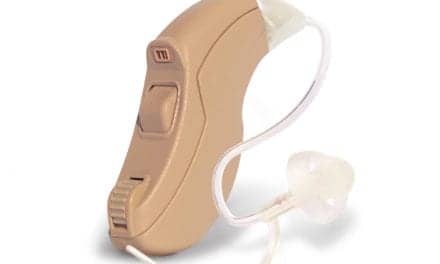